In 2009, in his final column for The Village Voice, where he worked for five decades, Nat Hentoff wrote he had never lost his sense of rage. Five years later, the 88-year-old jazz critic has mellowed … not even slightly. “The more I type, the better I feel,” said Mr. Hentoff, the subject of a new documentary called The Pleasures of Being Out of Step.

What are you working on now? I’m trying to impeach the president.

Why?  There are so many reasons. I lost a lot of friends by saying this is going to be the most dangerous president we’ve ever had, [but] I think I understated the case. This man has no sense whatsoever of the separation of powers. He has been the most unconstitutional president ever, and that includes John Adams and the Alien and Sedition Acts.

The Supreme Court recently refused to overturn a clause in the National Defense Authorization Act allowing the government to detain Americans without due process. How does that make you feel? I know it’s rare for there to be dissent on this kind of refusal to hear a case, but you’d think somebody there would be sufficiently angry to say something. What they’re saying is: We can imprison American citizens indefinitely for association with etc., without defining in any real sense what that means. And if that isn’t totally unconstitutional, I don’t know what is.

What has jazz taught you about writing and having an opinion? Justice Brennan used to tell me: It’s from the First Amendment that the rest of our liberties flow. If I’m criticizing the president, I’m not in prison because of the First Amendment. Now, what is more flowing in terms of speech and feeling than jazz? I write about what I feel. My instrument is the typewriter.

Describe your daily routine. As soon as I get up, I look at all the papers, and that’s not only The New York Times but the Daily News and the Post. I learn a lot from tabloids. Education, for example, is something I write a lot about. And the tabloids get into the classrooms a lot more than, say, the Times or The Washington Post, I guess because the reporters at those papers send their kids to private schools. I go for good reporting. And that still exists.

Do you see much music live music anymore? I’ll be 89 in June. I have arthritis. I don’t write with my feet, as some people may think. But arthritis makes walking* very difficult, and I have other problems that go with being an advanced octogenarian. So I don’t get out much. But I still have the typewriter! And he or she and I—we get out!

How’s your rage quotient been lately? It’s not only a sense of rage; it’s a sense of knowing why I’m here. One of Duke Ellington’s best songs—and I don’t know why it’s so seldom played—is called “What Am I Here For?” Well, I know what I’m here for! And knowing what I’m here for makes life a lot easier. I never write for anybody who tells me what I can’t write—that’s probably why, over the years, I’ve been fired from more places than almost anybody else. But there’s always somebody who can stand me.

*An earlier version of this interview misquoted a comment from Mr. Hentoff about seeing live music. He said “arthritis makes walking very difficult,” not “working.” 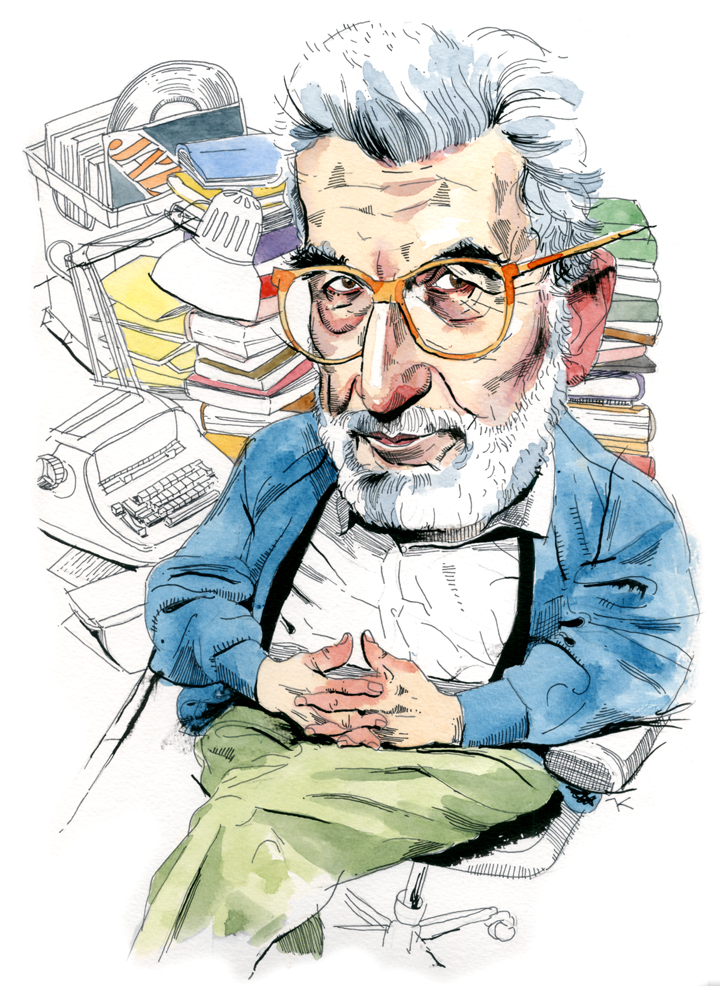