Emily Letts, a 25-year-old counselor at a women’s clinic in New Jersey, filmed herself having an abortion after she was unable to locate a video of the actual surgical procedure on the web.

Ms. Letts was confident in her decision after discovering she was pregnant last November. With no long-term partner, “I knew I wasn’t ready to take care of a child,” she wrote in a column for Cosmopolitan.

The former professional actress chose to have the procedure conducted in her own clinic, the Cherry Hill Women’s Center, while only two to three weeks into the pregnancy. She hoped the video would show the public how safe the procedure is and to support other women through the medical process.

“A first trimester abortion takes three to five minutes. It is safer than giving birth. There is no cutting, and risk of infertility is less than 1 percent,” she wrote. “Yet women come into the clinic all the time terrified that they are going to be cut open…The misinformation is amazing.”

The video is not graphic and shows Ms. Letts humming throughout the procedure. She told NBC New York that she hopes to “inspire other women to not feel guilty about making the decision to have an abortion.” Although she has received negative feedback, Ms. Letts defended herself, saying, “I didn’t feel bad…and I am grateful that I can share my story and inspire other women to stop [feeling] the guilt.” 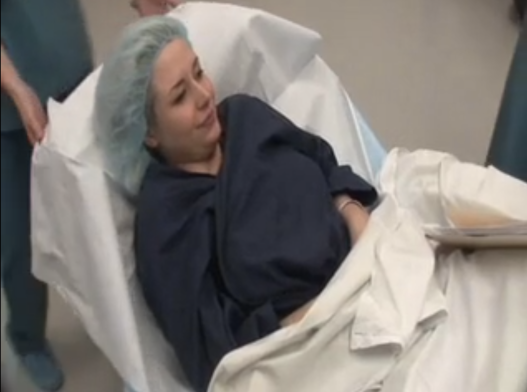