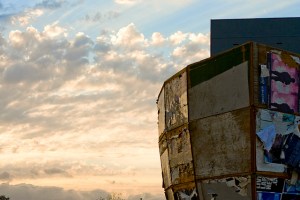 New Orleans’ ambitious and scrappy Prospect biennial, which has been hit hard by funding issues and delays since its first edition in 2008, announced that it is on tap to stage Prospect 3, titled “Notes for Now,” in October, and released its artist list, with 58 participants. It’s a tantalizing roster, including established greats, like Jean-Michel Basquiat, Ed Clark, Alma Thomas and Paul Gauguin (yes, that Paul Gauguin!), alongside younger figures such as Analia Saban, Camille Henrot and Lucien Smith (yes, that Lucien Smith).

This year’s Prospect is being curated by Franklin Sirmans, the department head and curator of contemporary art at the Los Angeles County Museum of Art, and will run from Oct. 25 of this year through Jan. 25, 2015. Prospect was dreamed up by curator Dan Cameron in 2006. Prospect 1 opened in 2008, and Prospect 2 followed in 2011. The full list of artists follows below.