The Big Apple is getting bigger.

New York City will continue its reign not only as the most populous city in the nation, but also as the city with the greatest urban growth for the third year in a row, according to U.S. Census Bureau population estimates released Thursday.

“I really think when you look at the broad picture, this is the decade for cities,” William Frey, a demographer at the University of Michigan’s Institute for Social Research and Population Studies Center, told amNewYork.

Since April 2010, the local population has increased by 230,000 people, putting the population at an all time high of over 8.4 million.

“The increase is fueled by people continuing to move to the city, a decline in the number of people leaving the city, as well as the continued surplus of births over deaths due to life expectancy in the city reaching new record high,” the city planning department said in a statement.

All five boroughs reported increased population, according to the census, and Brooklyn posted the highest growth outside of Manhattan, with 87,400 new additions to the population between 2010 and 2013.

Looks like your morning commute just got a whole lot more crowded. 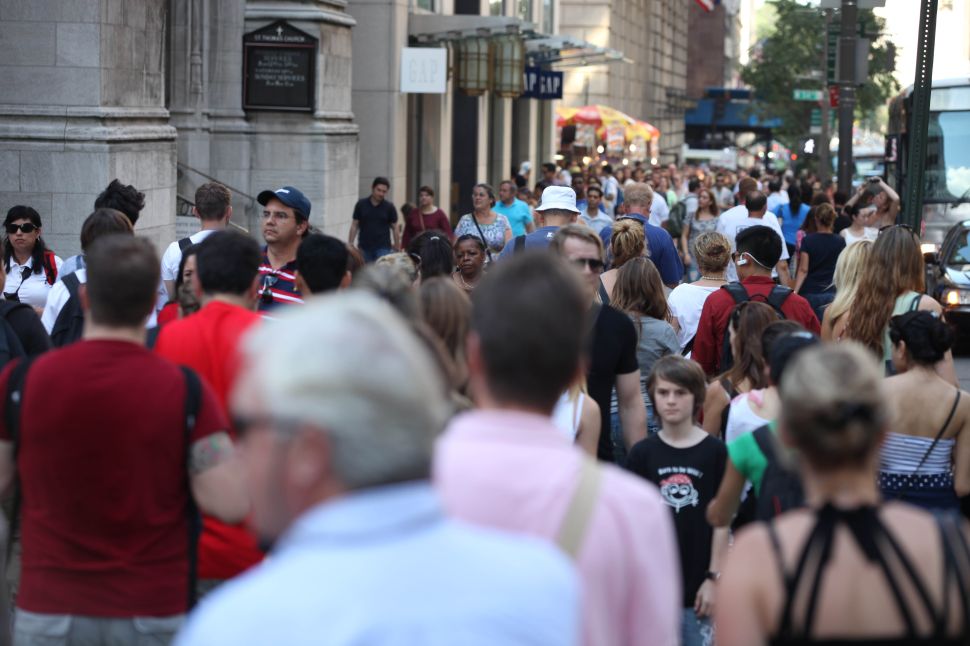