NEWARK – The campaign of Newark mayoral candidate Ras Baraka claims that an Essex County Board of Elections worker was removed from a Central Ward polling station on Election Day because of alleged irregularities.

“Today at noon inside of the Baxter Annex Senior Building in District 3 of the Central Ward, a county board worker was removed for attempting to trick a senior citizen into voting for Shavar Jeffries,” reads a written statement issued by the Baraka campaign. “It has been reported that the county board worker filled out a sample ballot in favor of Team Jeffries while inside of the polling place and then showed the ballot to the voter. This incident was witnessed by several challengers in the polling site, who then reported the incident to their attorneys. The county board worker was later removed by the [Essex County] Superintendent of Elections.”

“A series of voter irregularities have been reported to the Baraka attorneys throughout the course of the day,” the Baraka campaign statement continues.

“The poll worker in question is not and never was affiliated with our campaign. This is just eleventh-hour desperation from the Baraka campaign designed to distract voters from the despicable manner in which they conducted themselves throughout this campaign,” said Jeffries campaign spokeswoman Lupe Todd. “They have used intimidation and threats to scare citizens from voting for the only real reformer in this race. Shavar Jeffries has called for monitors to watch this election to ensure voters are not intimidated by the opposition. We have fought too long and hard for our right to vote to have it taken away from us by overzealous mercenaries working for the Baraka campaign.”

PolitickerNJ.com was told after calling the Essex County Board of Elections that the board commissioners were in a meeting and could not immediately respond to questions about the Baraka campaign’s assertions concerning alleged voter irregularities. 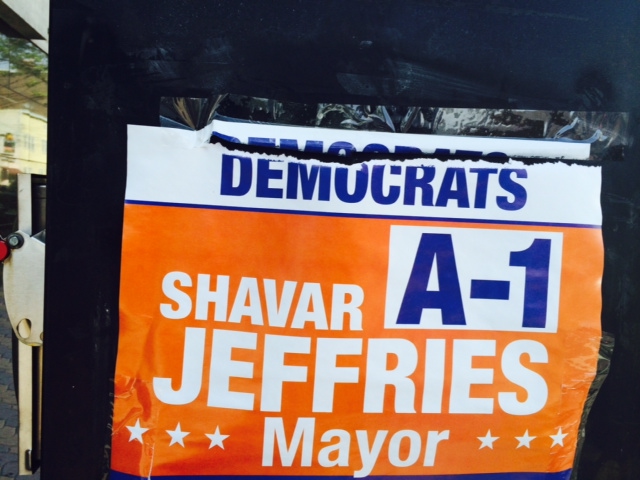