NEWARK – Inside a former bank building in downtown Newark on the city’s Election Day, representatives of labor unions and progressive political groups are sending out wave after wave of get-out-the-vote troops to pull votes for mayoral candidate Ras Baraka.

“This is the moment that you reach inside and we all pull out a win,” said CWA Local 1037 representative Christian Estevez, firing up more than 150 canvassers before they hit Newark’s streets on Tuesday afternoon. “Nobody comes back early. You knock on doors again and again and again until the polls close. We’re going to win because of you.”

“This is David versus Goliath. This is a rejection of corporate America,” said Analilia Mejia, executive director of the New Jersey Working Families Alliance, pointing to the considerable support Shavar Jeffries, Baraka’s rival in the Newark mayoral race, has received from Wall Street executives and hedge fund managers. “We’re actually knocking on doors and talking to people. The Jeffries people are just standing around and holding up signs.” 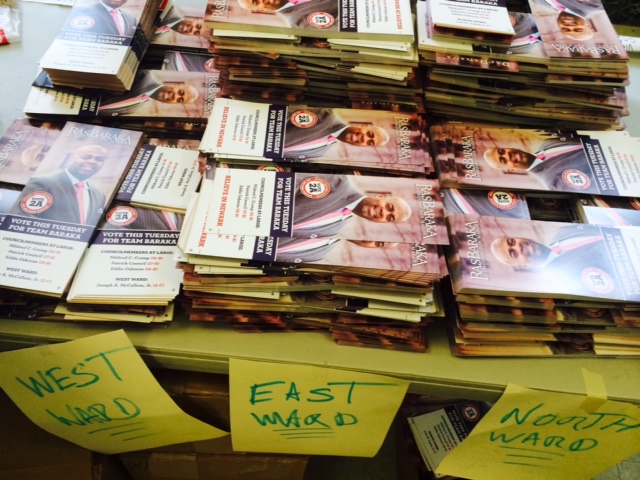