A 15-foot Minke whale that washed ashore in Atlantic City seems to have been tagged by some frat bros, Gawker reported.

The dead whale found Thursday appears to have been spray-painted with the Greek letters of Tau Epsilon Phi, a fraternity with three local chapters.

TEP, which has its headquarters in Vorhees, NJ, has chapters at Rowan University, The University of Pennsylvania and Rutgers Camden.

The Marine Mammal Stranding Center said the whale had been dead for days when it was found on Thursday.

The whale, whose cause of death remains unknown, shows no signs of trauma.

The mammal is set to be buried nearby. 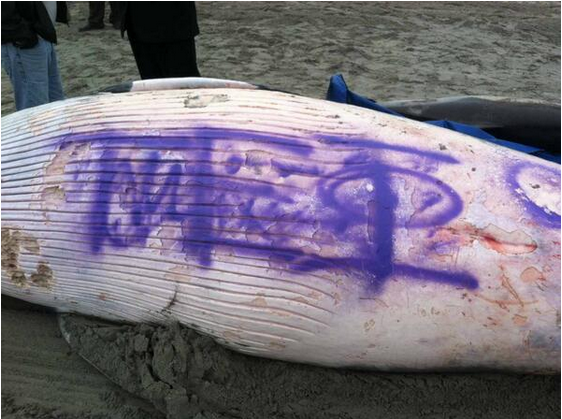