Fast-food standards like Pizza Hut and Taco Bell won’t be around in Penn Station much longer. (John Moore/Getty Images)

Who wants to eat a KFC Double Down before going on a two-hour train ride?

No one, apparently, since the fast-food joints that pepper Penn Station are being pushed out, Crain’s New York Business reports.

KFC, Pizza Hut, Taco Bell and seven other eateries will be gone in a few months, as landlord Vornado looks to spruce up the station’s crowded, light-less lower level.

Chock-full of franchises, the lower level is a thoroughfare for Long Island commuters who rarely have time to stop for a snack, let alone a 870-calorie XXL Grilled Stuft Beef Burrito.

The stores haven’t been profitable for a while, Dennis Riese, CEO of leaseholder Riese Organization, told Crain’s.

With T.G.I. Fridays set to close with the fast-food exodus and lease expiration looming for other restaurants around the station, it looks like a food desert is fast approaching for the station. Well, at least until new, more local restaurants join the lineup.

“They see what happened at Grand Central, where there are trendy local food shops,” Mr. Riese told Crain’s.

And Vornado isn’t looking to stop at the lower level. Last year, they announced plans to accumulate more property above and around the station, adding to their current 7 million square feet of property in the area.

“We’re in the process of turning over and buying out a lot of the retail tenants on the street so that we can populate them with better, more contemporary, more exciting tenants and restaurants all over the place,” Vornado’s chairman and chief executive Steven Roth told investors in March 2013, The Wall Street Journal reports.

Stand clear of the uptown-bound foodie takeover about to pull into Penn Station. Arrival time: unknown. 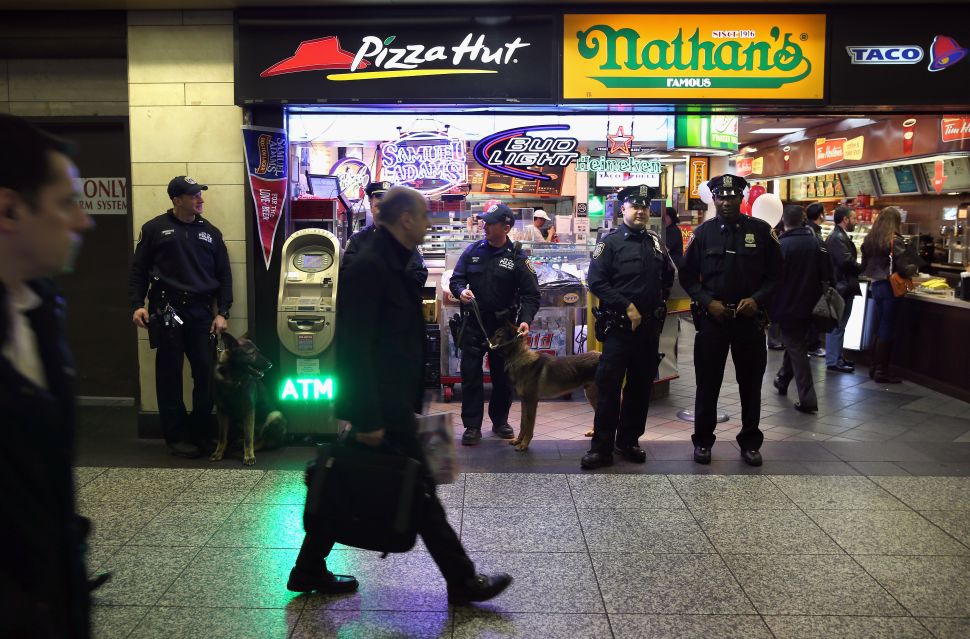