Rapper 50 Cent wasn’t worth much at the Mets game on Tuesday night, when he threw what has already been dubbed one of the world’s worst first pitches.

Careening to the left, the sometime actor’s toss nearly struck some camera men. Luckily he didn’t go so far as to hit an umpire, like Gary Dell’Abate’s curve ball at Citi Field in 2009.

The left-handed lob was so terrible that some news sources are questioning his handedness, but the rapper of “In Da Club” fame blames his alter ego: Curtis Jackson, his birth name.

“50 Cent is the best,” he told SportsNet New York’s Kevin Burkhardt during the game. “Curtis Jackson, I don’t know what’s the matter with him.”

Lest anyone get to ahead of themselves, 50 Cent has already responded on Instagram. Watch out, haters.

But judge for yourself, to see if the rapper deserves to benched or if he can remain a P-I-M-P. 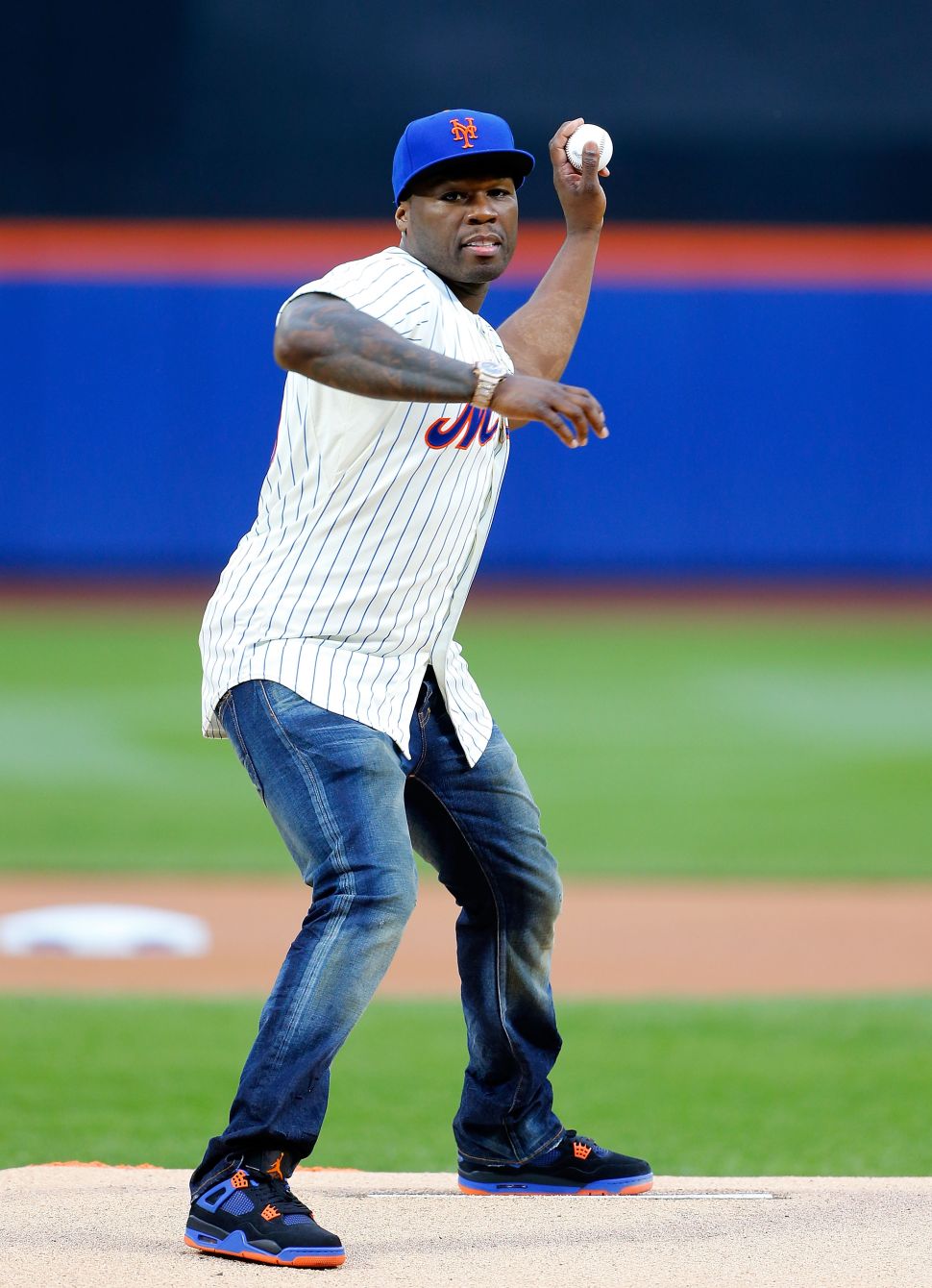