There’s a lot of happy talk on local news, but you play it straight. I’m old school. My role is as a conduit of information. I honestly don’t believe viewers care to hear irrelevant chatter, especially when it takes time away from serious stories that impact their lives.

If someone called you a news reader, how would you react? Ugh. NY1’s anchors are reporters first, and hopefully our anchoring reflects that. Each of us has spent many years in the field cultivating journalistic skills a news reader doesn’t have. What do you do that goes beyond news reading? I occasionally write my own stories. I edit them all. We work as a team, which entails deciding what merits coverage, how much emphasis to place on a particular story, even the order of headlines.

What does NY1 do that no other station does? There are nuances of each neighborhood that can’t be understood without having spent time living and working here. Everyone who works here has roots in the city. I was born in Manhattan and spent much of my life here.

What about radio stations like WCBS and WINS? I listen to 880 and 1010 during much of my off hours, and while they’re certainly thorough, we’re able to spend more time fleshing out stories. I also think the visual component allows viewers to develop a more personal connection to the reporters. We’re sensitive to that and routinely take part in community events. It’s a reciprocal dynamic allowing us to represent NY1 while learning about the people and places we cover.

Describe your role as midday anchor. NY1 anchors have long shifts, approximately seven hours, most of it solo. As the midday anchor, I’m responsible for news coverage between 10 and 4, and basically I’m tethered to the anchor desk during that time. Lunch is often missed.

You’re also one of the station’s theater critics. I started out wanting to be an actress. Fortunately for the theater community, after several years toiling in soap opera and off-Broadway obscurity, I reassessed that goal. But I was essentially raised in the theater. My father was a producer, and my mother was a film and theater critic. With that experience behind me, taking a seat on the aisle seemed like a natural fit.

We’re living in an age when journalists like Katie Couric switch jobs like free-agent catchers, but you’ve stayed at NY1 News since 1992. Sorry if this sounds hokey, but from the top of our management all the way down, we are sincerely invested in serious news coverage. Concerns about ratings, flashy effects and spin are absent here. It’s all about content and I find that extremely fulfilling.

Why doesn’t the station do more investigative reporting? We do many investigative reports. Our political unit and beat reporters are very active on that front. If it seems like we do less than other stations, it may be because we don’t have a dedicated unit, but we do more than our fair share of investigative pieces.

What do viewers not know about you that they should? The “glamour thing” doesn’t come naturally to me. So when my hair is not exactly kempt or my wardrobe less than flattering, please don’t judge me harshly. Fortunately, NY1 has always emphasized substance over style, and I’d like to think our viewers appreciate that. 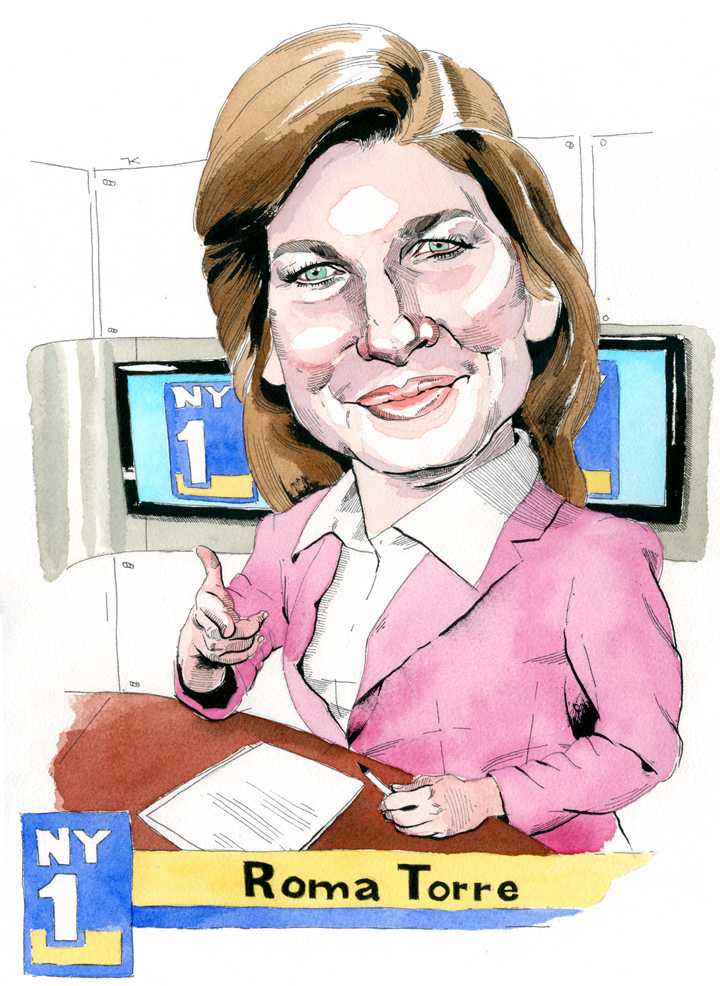