Crain’s points out that perhaps the state didn’t need to give Etsy a $5 million tax credit to stay in New York given that its CEO Chad Dickerson was just recently carrying on about how “a company like Etsy could only exist in Brooklyn.” The state and Etsy say the credit will accelerate growth, blah, blah, blah.

Where can the middle class afford to buy a house? The Atlantic asks. Well, basically, anywhere you want in Ohio. Little Rock, Gary and Rochester are also good bets. Just stay away from any of the cities with promising job markets, like San Francisco or New York. On a sidenote, maybe the federal government should stop incentivizing home ownership when it’s clear that more and more of the people who can afford it don’t need the tax break.

The city council is proposing a bill that would double the size of the Alternative Enforcement Program, The Wall Street Journal reports, a housing preservation program which is administered by the HPD and forces landlords of buildings in very bad repair to make repairs under threat of the city doing so and placing a lien on the property.

The Wolkoffs discuss their decision to whitewash 5Pointz and develop the Long Island City site with The Real Deal. The father-son development duo has no regrets over their decision to remove the aerosol art. Says the senior Wolkoff: “For 20 years I allowed more than 100,000 paintings to exist on my building, but now that I want to build something great for the neighborhood, Meres and the others acted like the building was theirs, even though they knew all along that this was temporary.”

Does Related want to take over the entire West side of Manhattan? The company is moving to complement their as-yet-unbuilt Hudson Yards towers with the purchase of two High Line-adjacent parking lots on W. 18th and 19th streets. Crain’s reports that the mega-developer is in talks to buy the two parking lots for a staggering $200 million.

Councilman Donovan Richards is proposing a ban on smoking on all 200,000 units of affordable housing that de Blasio intends to preserve or create, according to Capital NY. Which would seem to suggest that the councilman, like many others, has not really considered what the preserve piece of the puzzle means, or else is oblivious to the difficulty of regulating a law in some units of some buildings, including pre-existing units, that may already have smoking rent-regulated residents inside.

The revived Mars Bar plans to serve quinoa bowls and fresh juice, DNAinfo reports. In other words, Mars Bar is not revived at all, even if it does plan to stay open until 4 a.m. For all those people on fruit juice highs? Or for the convenience those trying to snag a spot at the early morning cross-fit/spinning/yoga class? Makes us nostalgic for the days when bars were about puking, not colon cleansing. 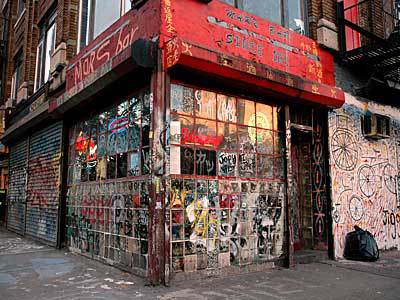