It’s only a matter of time before VIP stroller sections and sippy cup service pop up in New York City’s libraries.

With toddler story time at public libraries becoming so popular, parents and nannies are showing up nearly an hour in advance to wait on lengthy lines, according to The Wall Street Journal

In 2013, 250,000 people attended story time in the public libraries throughout Manhattan, Staten Island, and the Bronx. Nearly 190,000 came in the first quarter of this year alone.

“We could offer story-time programs 24 hours a day and we would have attendance,” Rachel Payne, who coordinates the early-childhood programs for Brooklyn’s public libraries, told The Journal.

With the large turnouts, librarians are now doubling as bouncers and valets, managing stroller spaces and making sure adults behave in line.

“We don’t want the [children] hearing adults yelling and pushing first thing in the morning,” Juana Flores, a children’s librarian in Brooklyn, told the paper.

While parents attempt to skip the line by having friends secure tickets, librarians have begun using a color-coded ticketing system.

They’ve also started to offer up to three back-to-back readings per morning, some starting before the library officially opens.

“I put a sign on the door that says: ‘Ring the bell for the 10:30 story time,'” Thea Taube, a librarian at the Ottendorfer Branch told The Wall Street Journal. “It’s like a speakeasy.”

If it’s a speakeasy, what’s in those sippy cups? 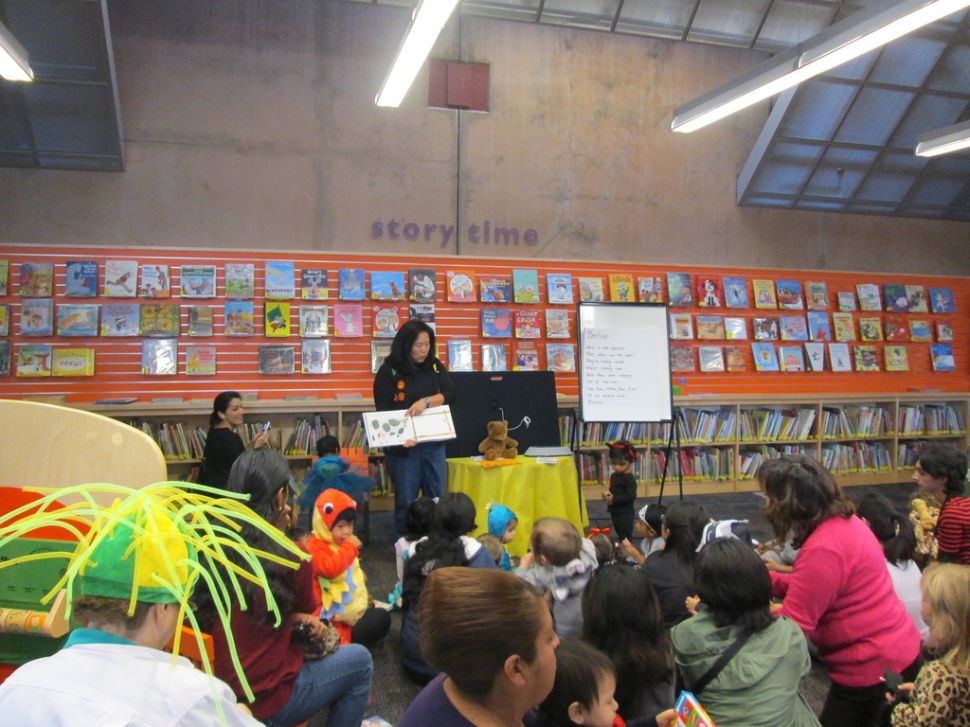