There are a lot of misunderstandings about Canada. While your experiences may vary from “they’re nicer” to “they apologize a lot” to “I’d be less embarrassed overseas to say I was from that country,” there’s no arguing that Owen Pallett is a pitch-perfect representative of Toronto–or more appropriately, the estranged-from-itself Megacity it’s become.

As the most populous city (2.5 million) in one of the world’s physically largest countries, Toronto’s both a cultural center as well as the bane of its nation’s existence. If it’s true that smaller-town Canadians are a warm and friendly people, this myth falls apart at the Toronto Regional Municipality limits. As arts and culture thrive, more people avert their eyes–you might be the competition, after all, or perhaps you simply want to connect more than is appropriate. The city’s rapid change from neighbo(u)rhood-driven heterogeneity to condo tower stacks of the isolated urbane has been a careerlong undercurrent of Mr. Pallett’s body of work (that, and fantasy/roleplaying games)–and if you’ve ever longed for how anywhere used to be, you’ll understand.

Classically trained from a precociously young age in Toronto’s suburbs, Owen Pallett’s songwriting is equal parts composition-studies-heavy and bathroom-stall-wall-savvy, with an ear to instrumentation that usually has a hard time finding a comfortable home in pop music. His first two albums under the (now legally restricted) Final Fantasy moniker were spare, bizarrely euphoric, violin-loop pop constructions, with just the right confidence, awkwardness, and dorkily passionate following. Today, Mr. Pallett’s one of the country’s most important songwriters.

When not performing his own direct but expansive works, Mr. Pallett’s performed with The Arcade Fire–with whom he scored 2013’s creeper-A.I. romance Her—The Hidden Cameras, and other Canadian luminaries. But his latest work, In Conflict, sees him flying just a little closer to the sun. Sure, we’ve all collaborated with a Czech symphony orchestra before–you mean you haven’t?–but throwing Brian Eno into the mix is just cheeky, and only a reserved but confident Canadian like Owen Pallett could get away with something like that. The album even has its own trailer. Precious much?

But with Mr. Pallett it’s easy to forgive: In Conflict is a progression towards a fuller sound than he’s explored solo in the past. His vocals–both trembling and stacatto and just a bit aristocratic–rise up here to meet the roiling seas of synthesizer, violin and vocal loops, and that Czech orchestra I mentioned. At times, he even seems to have set himself free enough to really sing. At others, like on “The Riverbed,” a chaotically tense, frightening riff spiral of violin, synth, and mania about to burst at the seams–you’ll quickly learn there’s clearly nothing precious or deferential about this Canadian.

Owen Pallett performs Tuesday, May 13 at Glasslands Gallery in Brooklyn. 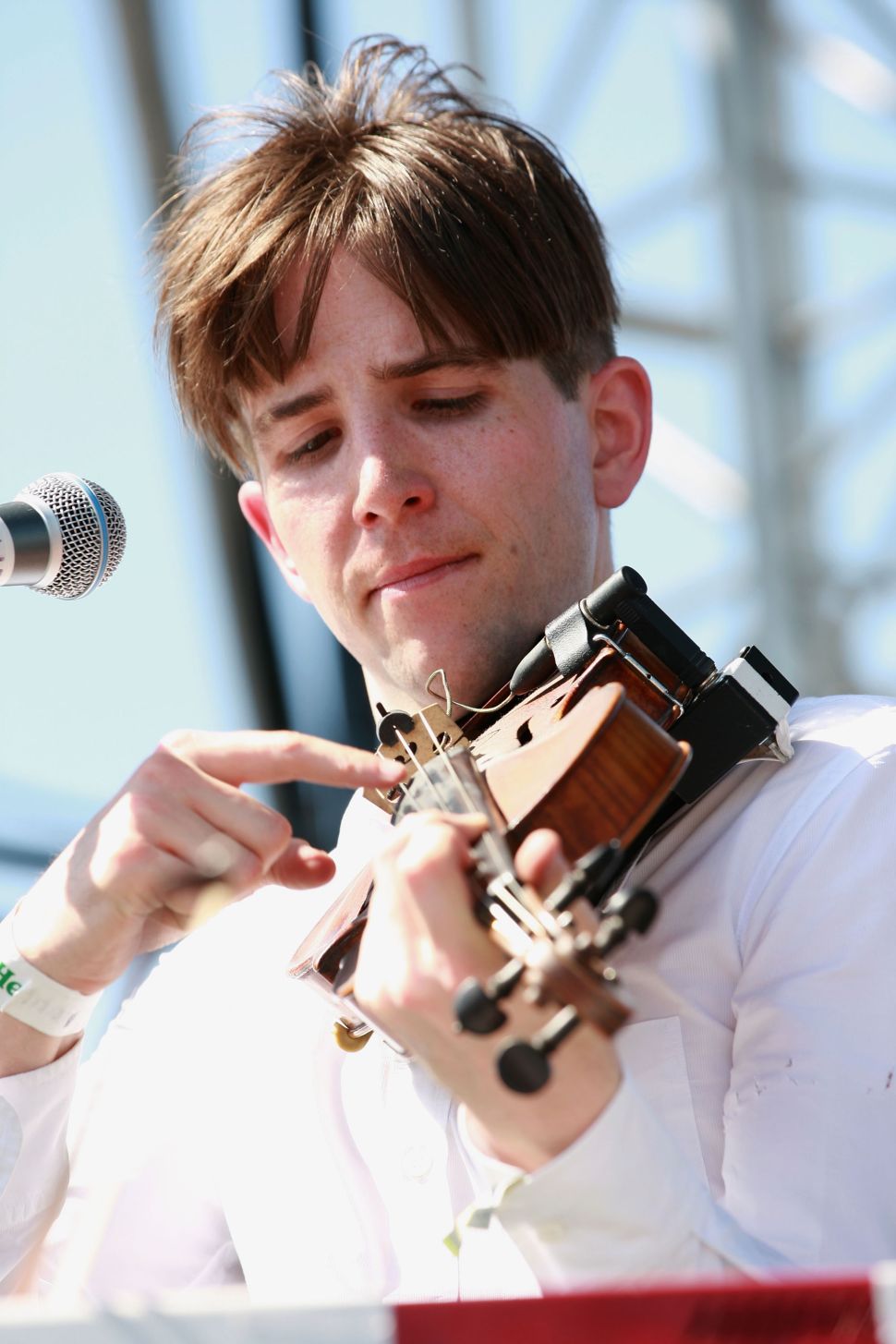