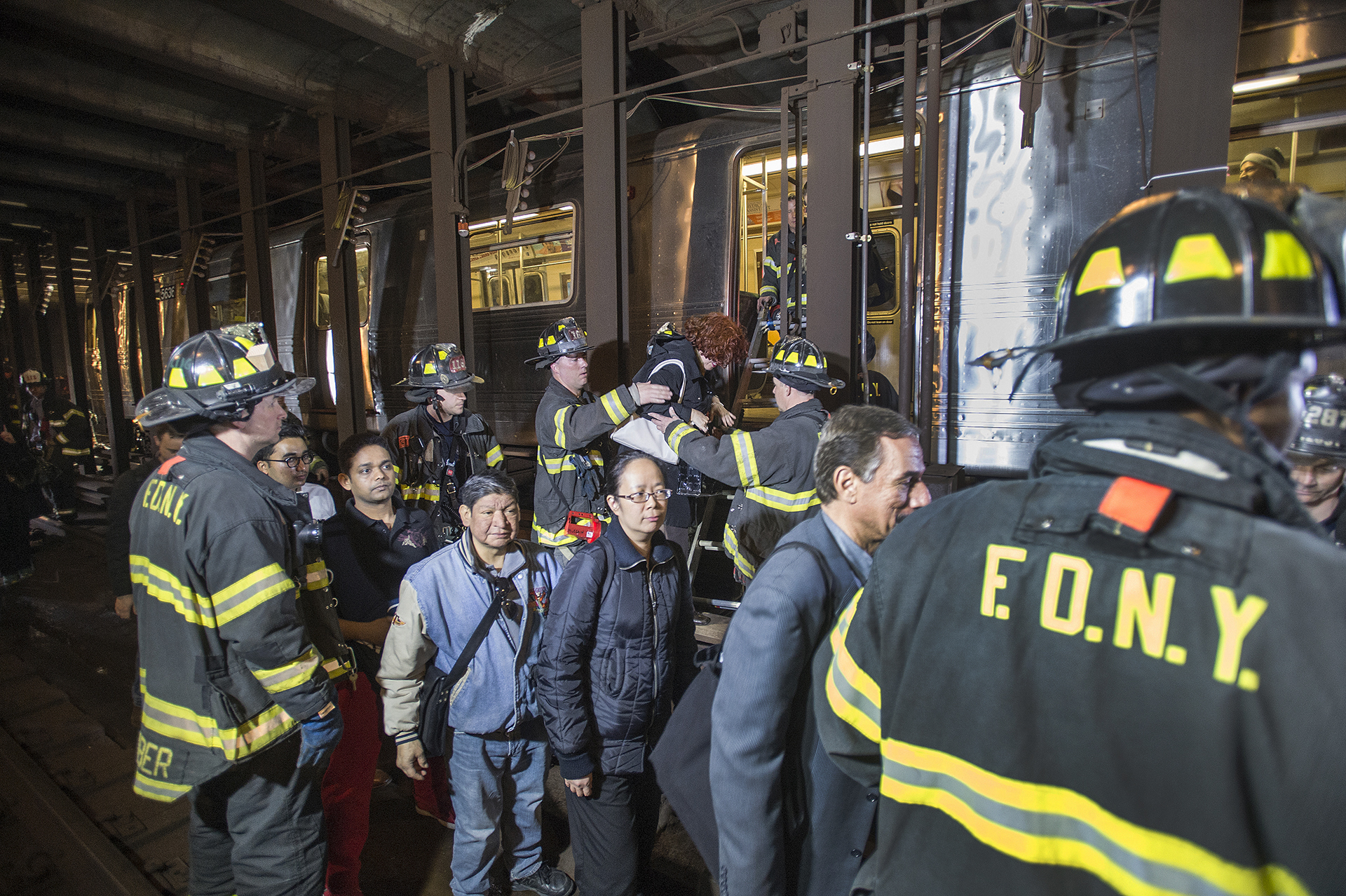 The FDNY helped passengers get off the train(MTA)
dispatches 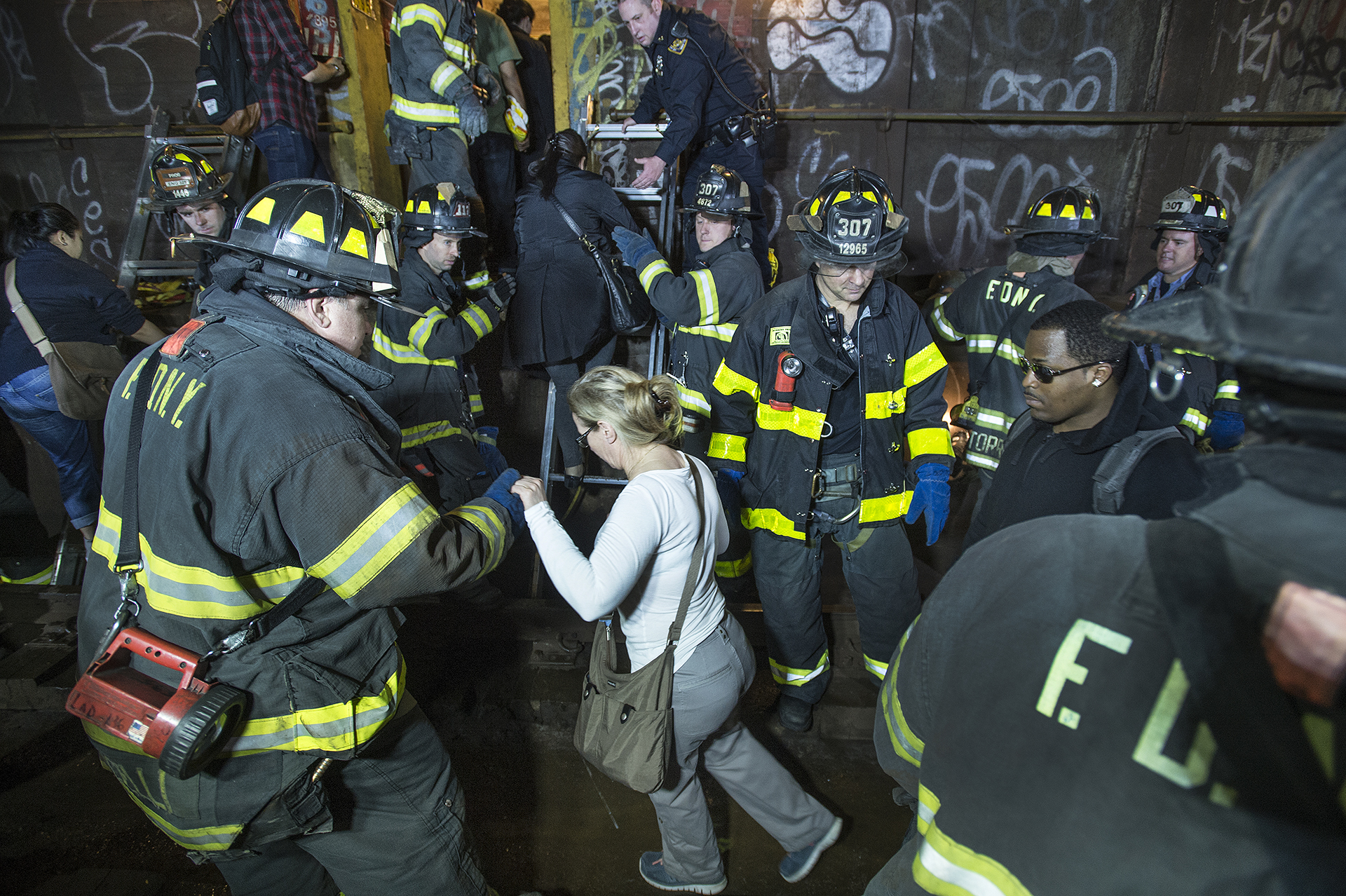 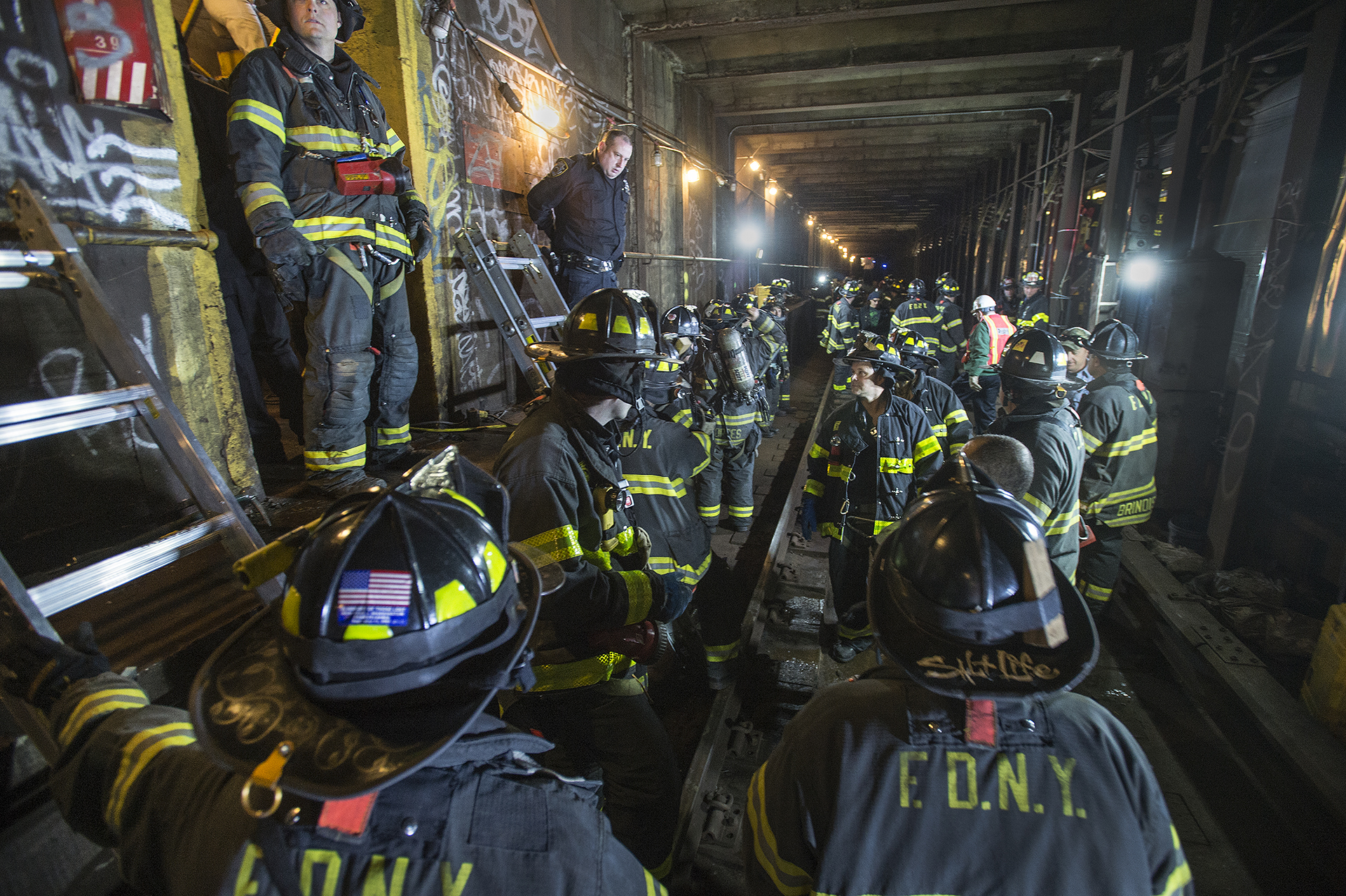 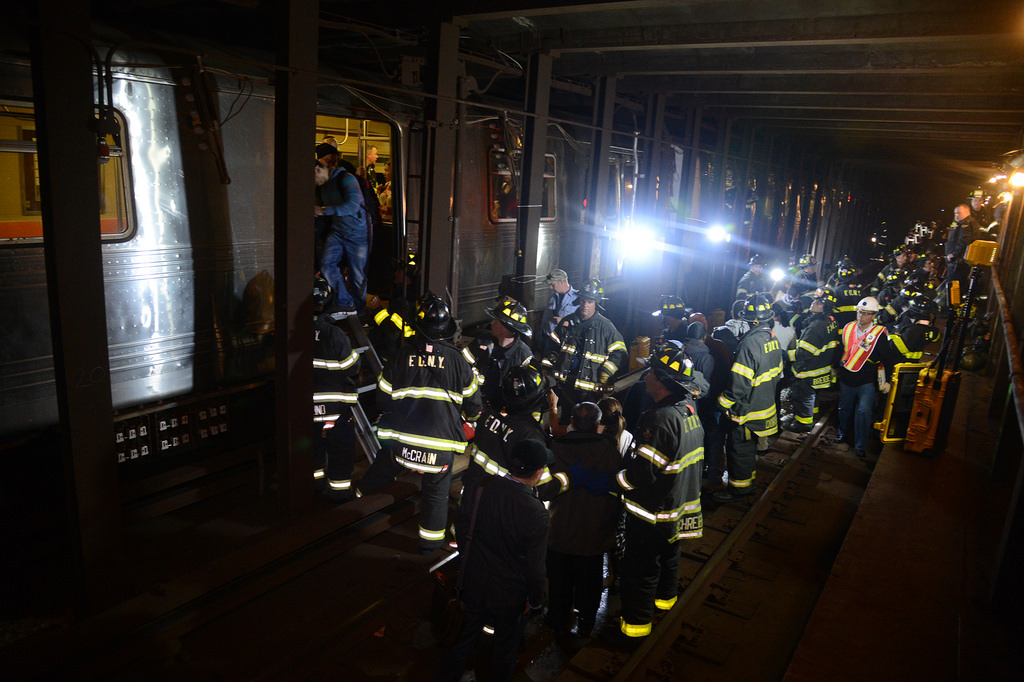 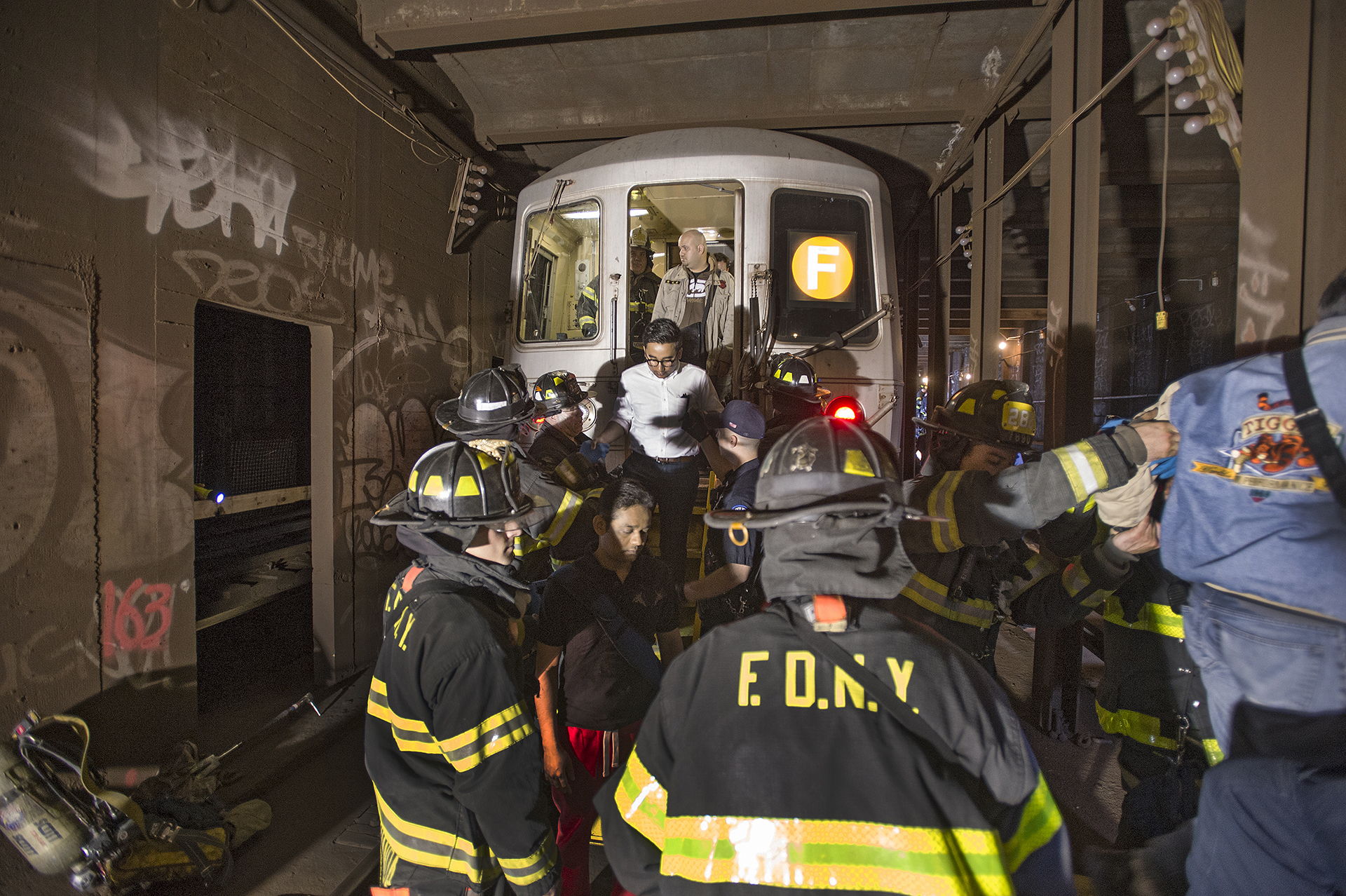 Passengers being evacuated from the F train(MTA)
dispatches 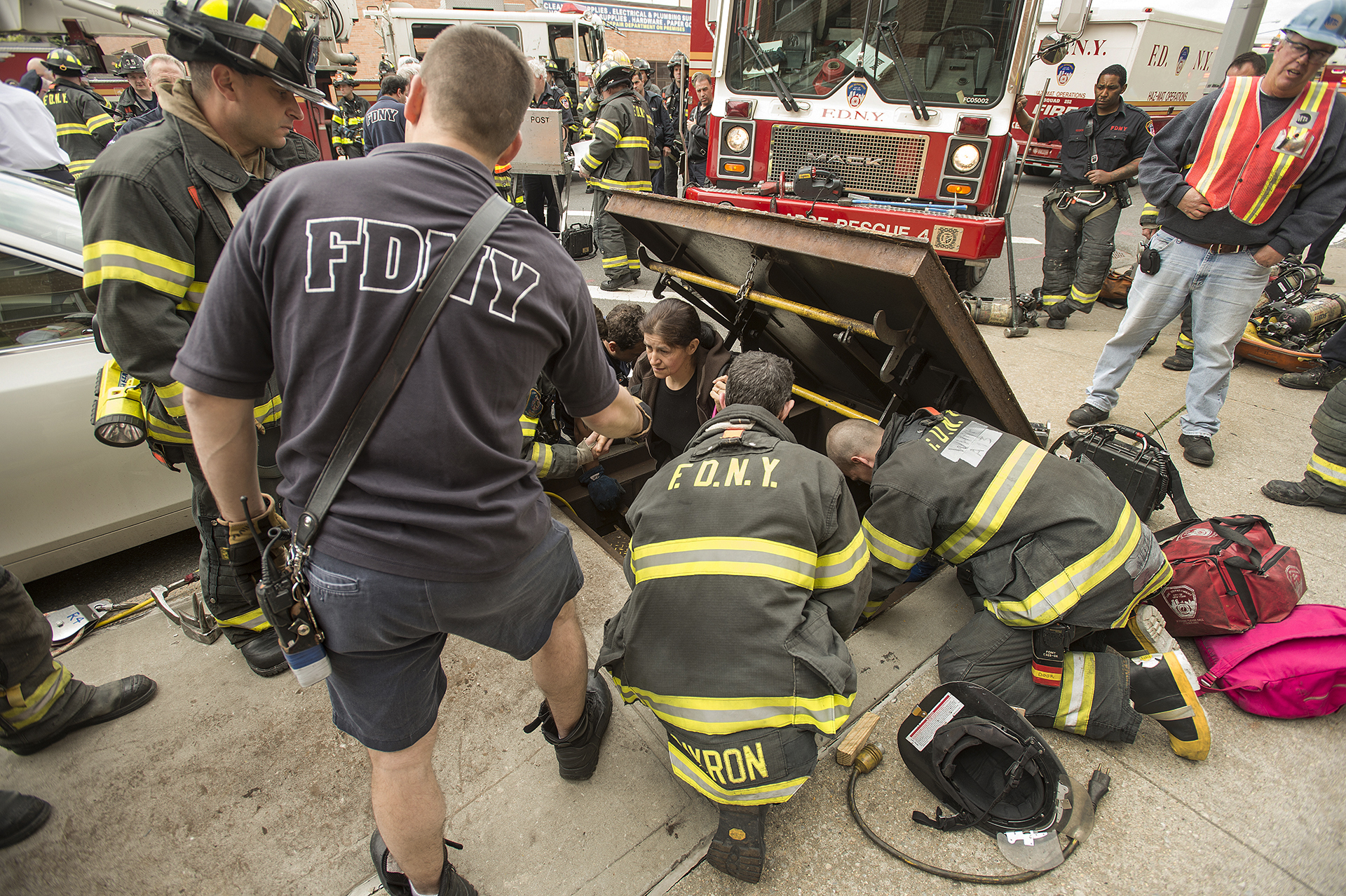 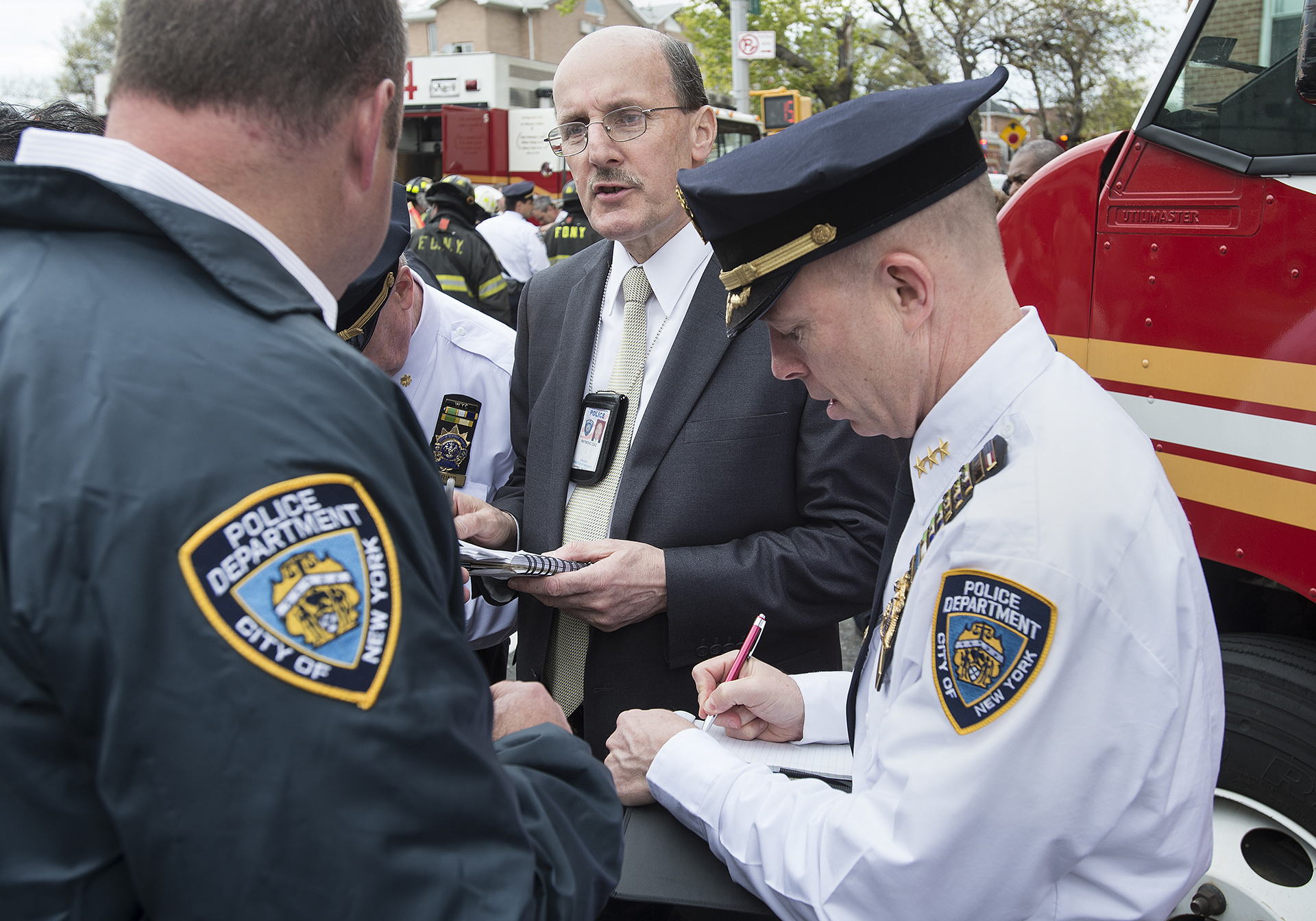 The cause is now under investigation (MTA)
dispatches
Advertisement 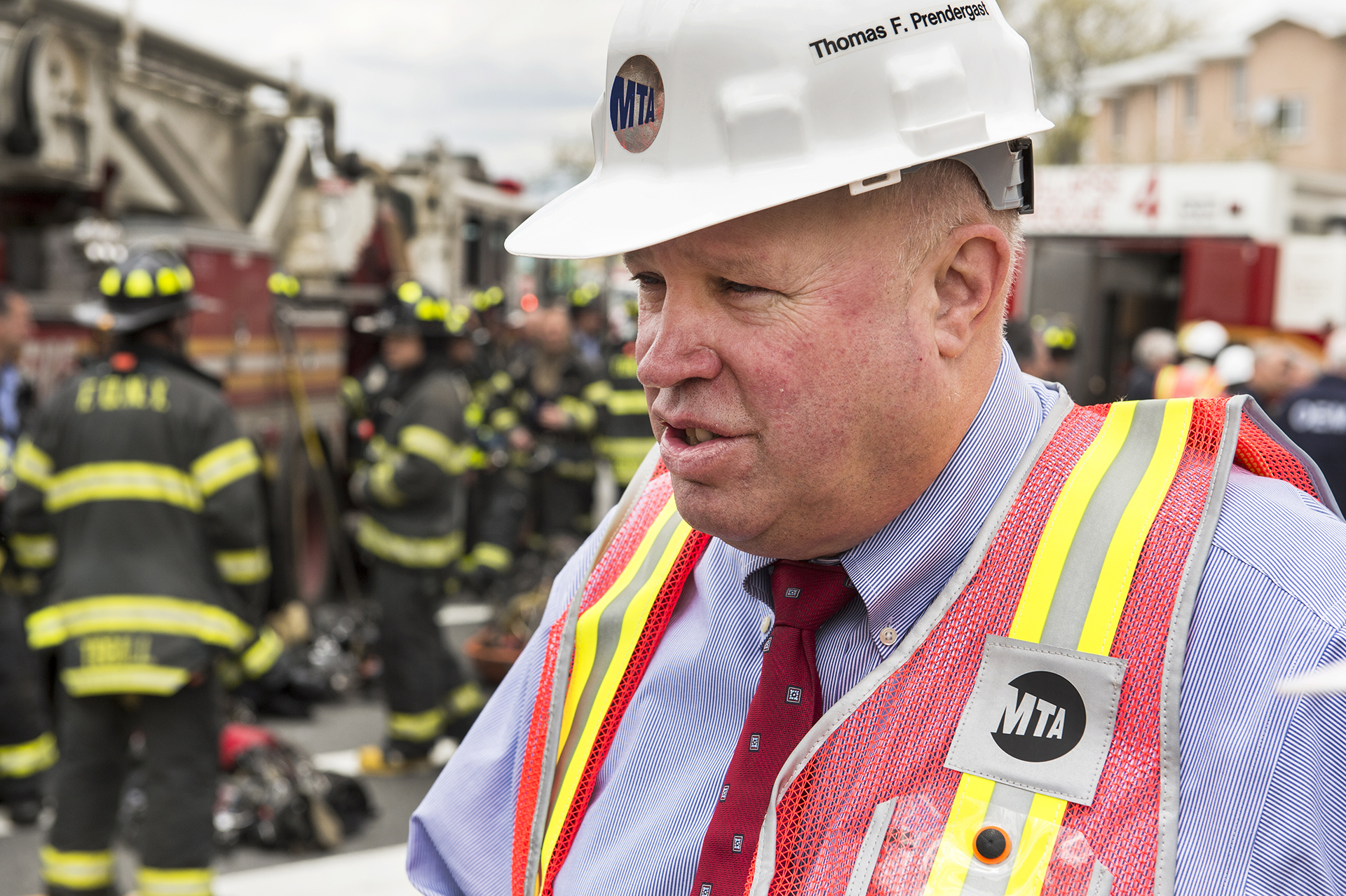 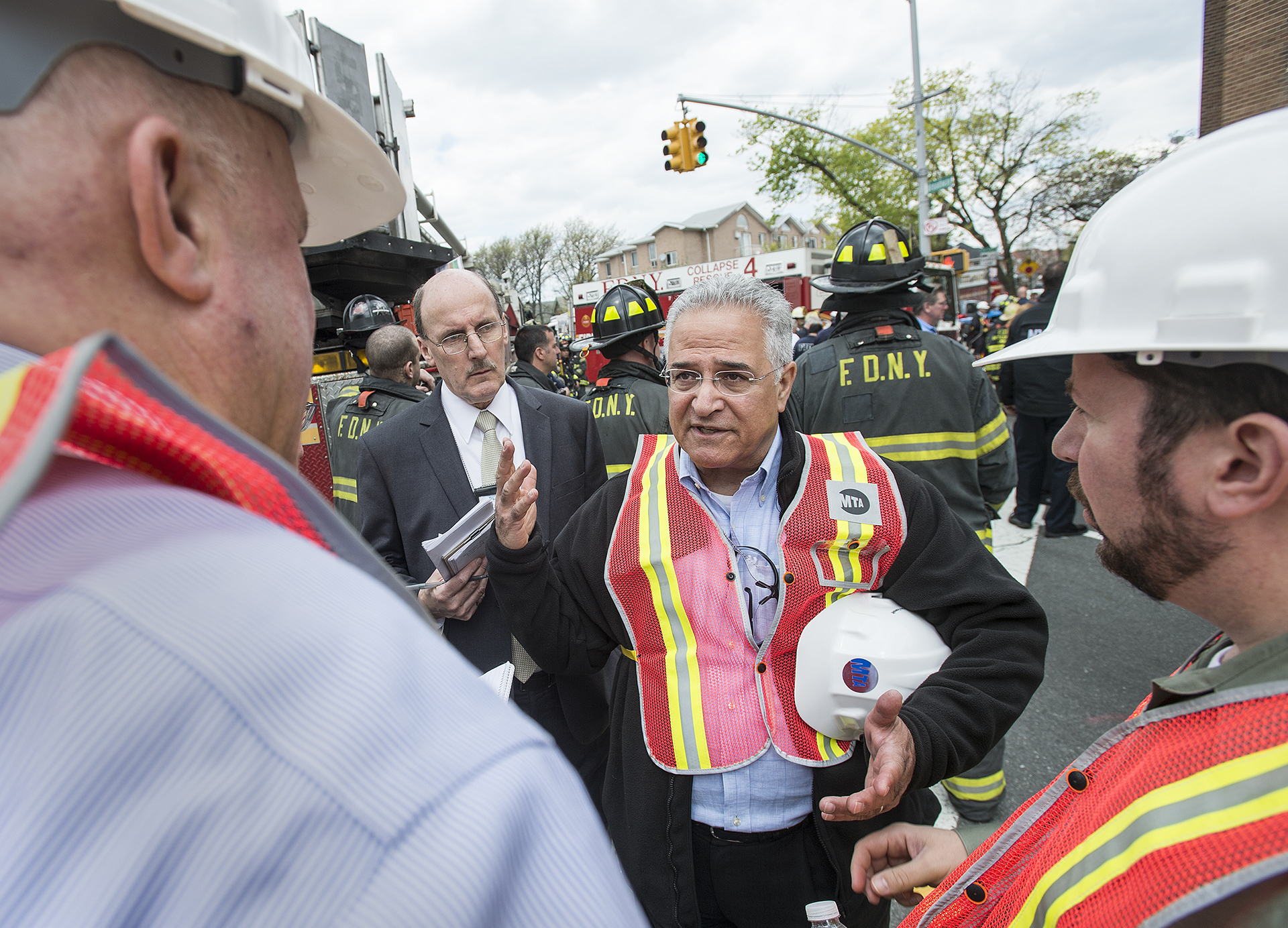 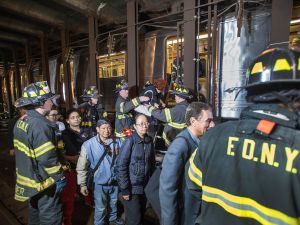 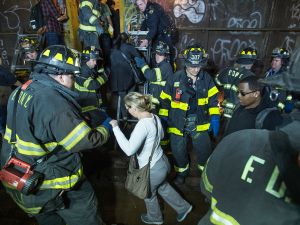 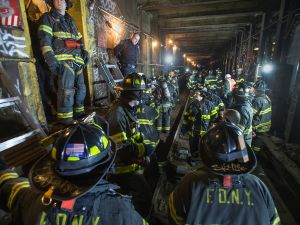 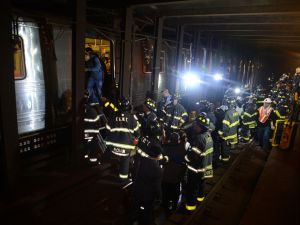 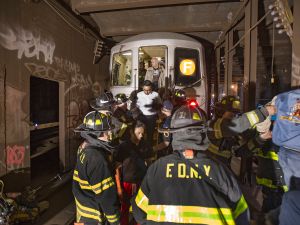 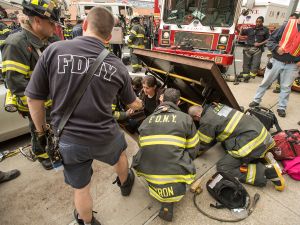 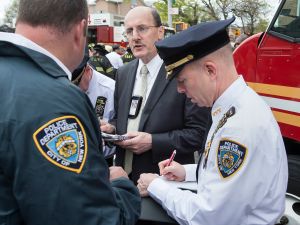 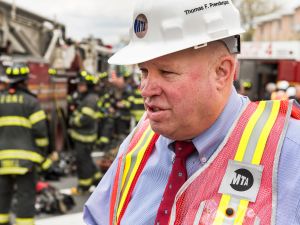 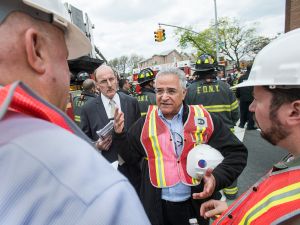 At least 19 people were injured when a Brooklyn-bound F train carrying 1,000 passengers derailed in Queens at 10:24 a.m. this morning.

Fifteen people were rescued with minor injuries and four were seriously hurt after six out of eight cars went off the tracks in a tunnel near 65th Street and Broadway in Woodside, NBC reported.

The FDNY evacuated riders through emergency tunnels located on 64th Street. Two other trains were also able to back up and disembark passengers at 71st Street-Continental Avenue, an MTA spokesperson told Newsday.

People above ground told CBS 2 that what happened “felt like an earthquake.”

The derailment has caused numerous delays and the following service changes are in effect:

The 7, J or Z trains are running as an alternative for riders travelling to Manhattan.

Officials told NBC that the tracks were damaged, and that it will take several days before full service can be restored. The cause is under investigation.

The Associated Press reported that derailments are relatively rare in New York’s subway system. The last major derailment occurred in August of 1991, when a No. 4 train came off the tracks at Union Square. Five people were killed and more than 200 were injured in the accident that was caused by a drunk motorman.