PATERSON – He climbed out of the idling SUV and strode into Barnert Hospital with a small retinue of body men.

Once inside, Mayor Jeff Jones voted.

A woman passed on the steps of the hospital.

“There are too many killings, mayor,” she said. “We need less criminals in Paterson.”

“Where should we send those criminals?” the mayor wanted to know.

Jones sees the establishment lined up on a barricade in a war for City Hall against former Mayor Jose “Joey” Torres.

He doesn’t deny the feeling of fighting going on around him.

“This is the chickens come home to proverbially roost,” he said of the conditions in this gritty northern immigrant town, where the Passaic River cuts through the center and the Great Falls spill southeast-ward.

A projected development project for the land around the falls in part sparked division between U.S. Rep. Bill Pascrell (D-9) and Jones early in the mayor’s tenure.

Jones says they’ve both been derelict until now.

“If Joey had come back to pitch in, if Pascrell had helped out down in Washington, maybe we wouldn’t be here,” said the mayor. 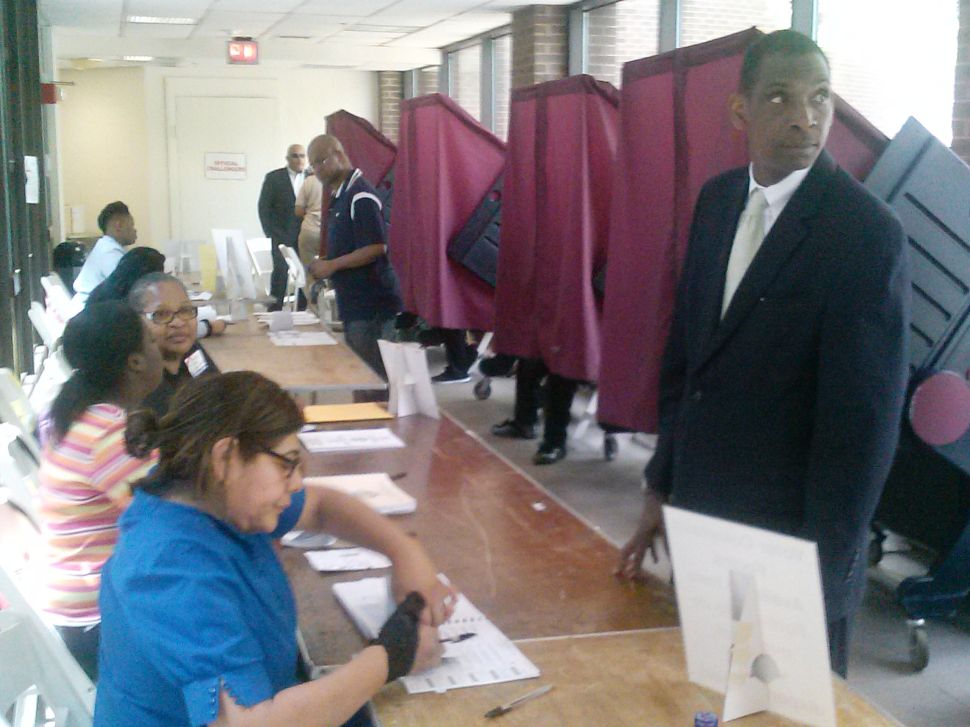