Oh and one minor detail—hammer it out it in the East River.

A Mason & Hamlin piano has been poised for underwater performances beneath the Brooklyn Bridge since Monday, according to Gothamist. Maybe it was trying to swim to the Floating Piano Factory in Williamsburg.

The concert grand is not looking too sharp, and pilgrim pianists have been forced to lean heavily to get any sound out. Looks like the East River will catalyze its decomposition before long.

Meanwhile, one opportunist musician decided to set her debut music video on scene. Bet Vanessa Carlton wishes she thought of that.

But the fluvial instrument seems to have driven unsuspecting bikers into epistemological crises.

“Even though I left the piano, the piano didn’t leave me. I couldn’t stop thinking about it and why it was there,” reported one distraught onlooker. “Was the the piano even real???”

#eastriverpiano made it through two tide cycles but not all the detritus did. How many days will piano last? pic.twitter.com/ra3OjFUogK

good morning piano in the river

I call this piano in the East River. #sooriginal 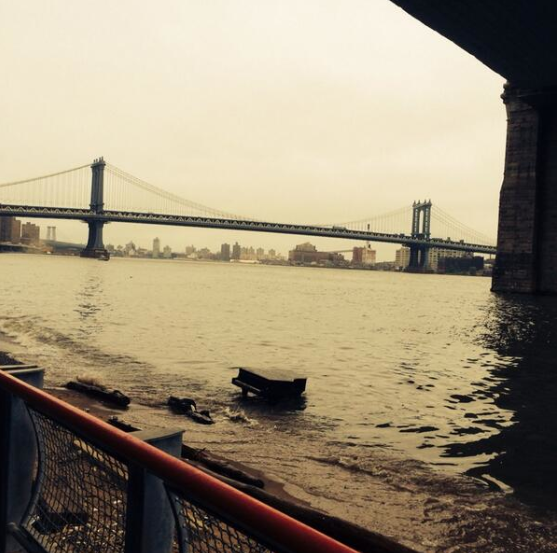