In Episode 1  of “The Pied Piper of Park Avenue,” seniors from the most prestigious private schools in Manhattan walk out of school, fill a convoy of their parents’ SUVs with $6,000 of food and deliver it to a food bank in Harlem. Their parents are furious. The kids promise not to do it again. In Episode 2, the students leave school again the next day, this time giving away things — like their mothers’ $20,000 Birkin bags.

The meeting of the heads of school of Spence, Chapin, Brearley, Sacred Heart, Nightingale, Dalton, Collegiate and Trinity was held at the home of Hays Nolan, lawyer to Henry Kravis, trustee of Brearley, and, unknown to his wife or her husband, lover of Annie Winsor, the head of school at Brearley. Why there? His house was on Henderson Place, a cul-de-sac lined with 19th century brick townhouses just a few blocks from Brearley and Chapin. It was the very definition of “discreet.”

The heads of schools sat in the living room, drinking just-brewed Ethiopian coffee and, as Hays knew they would, ignoring the plate of biscotti. They spoke in low voices, one to another, comparing the news of the week.

It wasn’t the dirtying of their schools’ names on the front page of the Post that enraged them; tabloid readers weren’t their clientele. But all of them had been besieged by calls from graduates — rich, generous graduates — who wanted to know just what the hell was going on at their alma mater. And they had no smart answers. Let the lawyer handle it.

“People….” Hays began, and the room quieted. “Let’s be clear: We’re here to sell a truce that will last the few weeks until graduation. We want these kids to know we’re not angry. We’re not going to discipline them. We just want to … understand. Everybody on board?”

Murmurs of approval, nods of assent.

Hays went to the front door and welcomed the group waiting outside: Karen Nichols, Tina Brandt, Greg Lee and their parents. And one tall, impeccably dressed African American.

Mr. Dennison turned to Jason Lee. “Hays and I shared an office at the DOJ.”

“In the Pleistocene,” Hays noted. “When private equity was just a dream.”

Shrewd of Jason Lee to bring his lawyer. Hays was surprised that David Brandt and Greg Nichols hadn’t.

Folding chairs were opened. The heads of schools filled them, abandoning chintz-covered couches and ancient leather club chairs so the parents could sit in comfort. The three students sat in a row, facing the school administrators like opposing teams on a quiz show.

“First, congratulations,” Hays Nolan began. “What you’ve done this week has started a conversation about privilege and responsibility in rooms where that conversation doesn’t happen often enough.”

Karen Nichols and Tina Brandt looked surprised. Greg Lee recognized the velvet glove for what it was.

“The heads of your schools think the best thing to happen next is a day of talks and discussions about inequality in America,” Hays continued. “I mean: a day of learning and sharing in school. Private. No media. The question is: Would that work for you?”

The students had no spokesperson.

Tina, at last: “These ‘talks and discussions’ — who leads them?”

The head of Spence: “Teachers and students — we’ll do this together.”

Tina: “What if we wanted experts?”

“Maybe we should start with your goals,” the head of Sacred Heart suggested, hoping to short-circuit a bout of name-dropping and put-downs. “What are you hoping to accomplish?”

There was a hint of 19th century Boston in Annie Winsor’s dissent: “What you’re doing … this is not how you make change.”

Tina matched that disdain and raised it: “Enlighten us — how do you make change?”

“At the ballot box.”

“We should buy ourselves a Congressman?”

“Oh, please,” the head of Dalton snapped. “This is still a democracy.”

“No!” Tina’s voice crackled like a Taser. “No! Democracy is what you teach us. It’s not what we have.”

Everyone over 18 knew the dirty words ahead: oligarchy, plutocracy, kleptocracy. And what came after them: raised voices, the kids stalking out, an escalation of protest.

Karen Nichols played the peacemaker: “I think we’d prefer — well, I would, anyway — a day of conversation about Economics. How corporate America operates. So more kids could get educated about how the world works.”

“For example: Nestlé.They own Pellegrino, Perrier, Deer Park, Arrowhead, Poland Spring — 15 water companies. There’s a global water crisis coming. I’d like someone from Nestlé to come and explain how they’ll respond to that. Like: will they use their monopoly power to raise prices?”

This wasn’t what any head of school had in mind. But they could deal with the day’s focus later; for now, they feigned agreement.

“I see a larger conversation,” Greg Lee said. “If God was looking down at our parents — and you too, because you serve them — do you think He’d let any of you pass through the eye of a needle on the way to Heaven?”

When the head of Trinity spoke, his sadness was almost visible.

“Son, you need to go to the clue store,” he said. “The elite — you think that’s just your parents and their crowd? It’s you too. You’ve all got trust funds, you’re all off to great colleges. You’re the elite. Whether you want to be or not.”

A new idea for the students. And not a pleasing one. Silence, then a whispered conference, Tina and Karen clearly pushing for a compromise, Greg Lee having none of it.

He stood, his exit forcing the girls to follow. Their parents and Jason Lee’s lawyer trailed in their wake, murmuring apologies all the way to the door.

“What next?” Hays Nolan asked.

Silence. A trip to the clue store also seemed to be in order for the school administrators. Then Ellie Winsor spoke.

“What are we going to do about these liberal teachers?“ 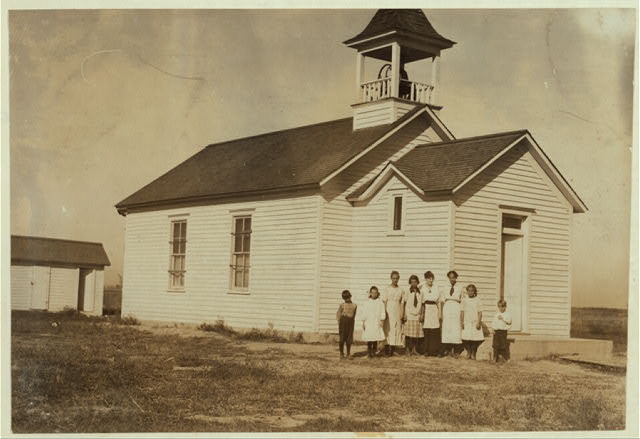