In Episode 1 of “The Pied Piper of Park Avenue,” seniors from the most prestigious private schools in Manhattan walk out of school, fill a convoy of their parents’ SUVs with $6,000 of food and deliver it to a food bank in Harlem. Their parents are furious. The kids promise not to do it again. But the next day, in Episode 2, the students leave school again, this time giving away things — like their mothers’ $20,000 Birkin bags. In Episode 3, there’s a come-to-Jesus moment: the students meet with school administrators. In Episode 4, someone hacks into the schools’ computer portals and blasts a stirring Arcade Fire anthem through student laptops.

Who hacked the portals?

After the all-school rockathon, there was no more pretense of planning for a day of conversation and reconciliation. Now, behind closed doors, the heads of schools met with their IT staffs. Their obsession: the security of their personal computers. If their portals could be hacked, how safe was their email?

Their investigation centered on the three students they’d identified as ringleaders. They didn’t need permission to open Karen, Tina and Greg’s school email. That was a waste of time — nothing there but the usual teen stupidity — so they asked the students for the passwords to their personal email and social media accounts. They refused. Karen, Tina and Greg were all 17, property of their parents; their parents were more accommodating. But once again the schools learned nothing.

The next time they found themselves under a Frette duvet, Annie Winsor, the head of school at Brearley, told Hays Nolan, the Brearley trustee who was her lover, about the thwarted investigation.

“The kids sign up for an email account, say, PiedPiperPark@gmail.com,” he said. “They all know the password. One of them opens an email form, writes a message and saves it as a draft. The others log in, type their ideas in the same mail and save it as a draft. When the conversation ends, they delete it. There’s no record.”

“How do you know this trick?”

“I read a book about Al–Qaeda.”

Hays expected her to praise the unbounded range of his knowledge. But Annie was thinking. Hard.

“Of the schools that got hacked, who teaches anything about terrorism?” she asked. And then answered her own question. “We do.”

In every school, there is a legendary teacher. Students thrill to see her checks of approval in the margins of their papers. After graduation, they come back to visit. Some name children after her.

At Brearley, Rebecca Sykes Jackson was that teacher. She had a dream pedigree: Milton, Wellesley, Oxford. Her husband ran the trusts and estates department at White & Case, her daughter did something at the Fed. In a dress from J. McLaughlin, with a sweater over her shoulders, she looked like a Hollywood version of a girls’ school headmistress — a job, some said, that should have gone to her at Brearley.

Why, Becky Jackson wondered, was Annie summoning her? Graduation was just weeks away. Was she being honored?

The emotional temperature in Annie’s office was Ice Age. No greeting. Barely a glance.

“Tell me about…” Annie looked down at a piece of paper. “…. your ‘Modern Conflict’ course.”

“It’s for seniors who have completed their History requirements. We look at documents, media, films and music to try to understand the causes of various uprisings and judge their success.”

“Most revolutionary movements fail, but some succeed.”

“They overthrow a colonial power.”

Becky couldn’t believe where this was going. After all these years, an Inquisition. But she remembered the immortal words of James Carville — “No man stands so tall as when he stoops to kiss an ass” — and excised all tone from her responses.

“Yes. Often. Though I spend as much time as I can on Mahatma Gandhi.”

“Do you take them inside these liberation movements? Do you teach them, for example, how revolutionaries communicate with one another without detection?”

“No, not really.” Then she remembered. “Well, yes. We watched ‘Battle of Algiers’ and discussed the organizational structure of the FLN.”

“’Battle of Algiers’ is probably the best political movie ever made — so good it was screened at the Pentagon before we invaded Iraq.”

“A lot of things. But mostly, in class, I pointed out the difference between a traditional army, which is highly organized, and a revolutionary one, which decentralizes power.” Ah, teaching. She loved it. “The story is a textbook demonstration of that kind of confrontation — in the 1950s, when Algeria was a colony of France, the guerilla fighters started escalating their attacks on French civilians, so the French sent troops to put down the revolt.”

“The revolt was crushed.”

Annie looked only mildly reassured. She turned to her desktop, typed a few words. The preview for “Battle of Algiers” appeared on her 21” monitor.

“Who are the guerilla leaders?” Annie asked when the preview ended.

“We need to identify who’s behind these… protests. Yours is the only class in all the schools that studied revolution. I’m thinking it’s someone you taught.” She paused. “Anyone come to mind?”

At the door, Becky turned. “In the film, the French have some success with -boarding,” she said, and this time, there was no mistaking her sarcasm.

“Yes, they did. And they lost Algeria. And if you want a gold watch, Becky, you need to lose that tone.” 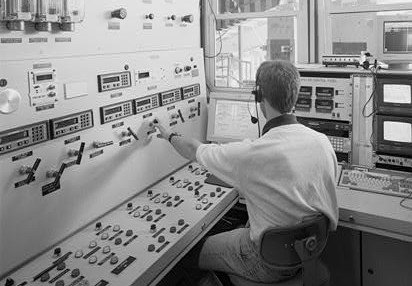