Atlantic Media’s business site Quartz announced two new hires this morning:  Dan Frommer will be the technology editor based in New York and  Annalisa Merelli is joining as a staff reporter on the Ideas team.

With Mr. Frommer’s hire, Quartz appears to be ramping up its tech industry coverage. He was one of the founders of Silicon Alley Insider, the precursor to Business Insider, and launched SplatF in 2011.

“We’d love to have had on Quartz much of what he’s published there. Dan’s posts are rooted in scoops of analysis—and charts,” Quartz editor in chief Kevin Delaney wrote in an email that went out to staff this morning. “We’re looking to Dan for much more of this great analytical and visual coverage of the tech industry for Quartz.”

Ms. Mereli, who has been a contributor to Quartz of late,  the was most recently an editor at longform site Narratively and UN Global Pulse.

“Annalisa is creative and dogged, and has been crucial to keeping the Ideas section churning over the last few months,” Mr. Delanney wrote in a separate email. “She seemingly doesn’t sleep and is a voracious consumer of news and social media from around the world.” 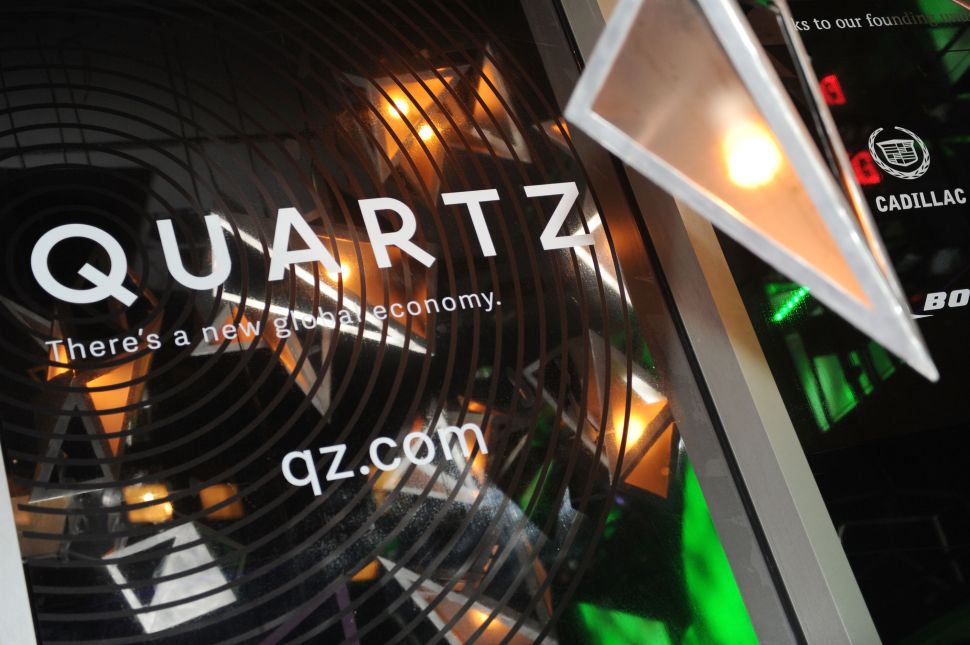