Ariana Rockefeller’s clothing collection looks not unlike what  you might expect from a Rockefeller. Now in its third year, her eponymous line’s preppy prints are reminiscent of J.Crew, one of her favorite labels, though they skew slightly more upscale. While traditional in style, they offer contemporary twists in terms of fabric. Many of the prints are inspired by vintage fabrics; the equestrian print was inspired by Ms. Rockefeller’s passion for horses.

“I think it has an East Coast sensibility but not one you’d find in the movies or Hollywood’s version of the East Coast,” she said. “I think the East Coast is a little bit more laid-back and no-frills than most people give it credit for; it’s not too stuffy. I think that has been a thing in my own life.”

The notion of what it means to be a Rockefeller—power, wealth, freedom from daily cares—is certainly open to interpretation. Some might suspect that Ms. Rockefeller would have an easier time than other up-and-comers, owing to her pedigree. When she mentions that one of her favorite designers is Stella McCartney, it’s easy to recall Karl Lagerfeld’s cutting comment when Ms. McCartney took the reins at Chloe: “I think they should have taken a big name. They did but in music, not fashion.”

When asked whether her name opens doors, she admitted: “It absolutely does. Of course, the last name is going to spark interest. It’s easier to get people to take a look. But as any young new designer, you have to be very persistent. The last name will only take you so far, and then it’s about the quality of the clothing.”

This is something she’s striving continually to improve. Ms. Rockefeller notes that in three years, her fashion literacy has expanded to the point that she can communicate directly with her patternmakers and dressmakers. “It has become more seamless,” she remarked. And while there have been opportunities to collaborate with bigger fashion lines, Ms. Rockefeller has so far turned them down. “I wanted to start my own small business,” she said.

The team behind the line remains tight. One of her boarding school friends from the Ethel Walker School in Connecticut introduced Ms. Rockefeller to her business partner, Rob Younkers. Her husband, Matthew Bucklin, is the company’s business manager.

“My name sparks interest in the fashion world, but they really do look very closely at what the clothes are and how they’re made,” she said. “I’m not getting any special treatment, but that’s great.”

While she acknowledges that hard work is essential to creating a successful fashion line, that doesn’t mean that her legacy is forgotten. The inspiration for her fashion line is her great-grandmother, Abby Aldrich Rockefeller. 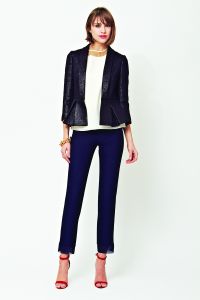 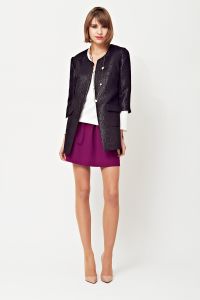 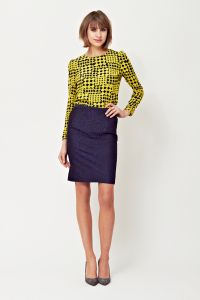 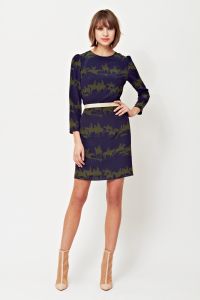 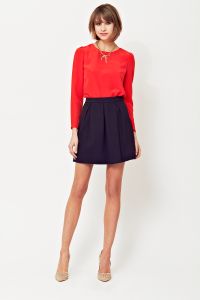 “She was always very elegantly dressed, but there was an easy way about her style,” the designer recalls. “I’ve never seen photographs of her in a stuffy suit. In a beautiful portrait of her at our family’s estate, she’s sitting there in fur and pearls but still carries an understated, carefree quality that I think was rare in women, especially during her time and especially from a woman who married John D. Rockefeller Jr. I think the way she went about living her life was incredibly inspiring.”

Abby Aldrich Rockefeller was a philanthropist who championed women’s welfare causes and the arts. A keen-eyed collector of works by Pablo Picasso, Vincent Van Gogh and Henri Matisse, as well as Japanese wood blocks and American contemporary and folk art, she was one of the driving forces behind the creation of the Museum of Modern Art in 1929. She and her husband were also instrumental in the founding of Colonial Williamsburg in Virginia as a place of historical interest for tourists.

The younger Ms. Rockefeller’s life has also been about following her passions and making bold choices. Though she’s a world traveler who has lived in Hawaii, Ms. Rockefeller was raised in New York and Maine. She claims she realized she wanted to develop a clothing line when she was at Columbia studying political science. At the time, she was interning at the United Nations in Kofi Annan’s office.

“I remember thinking that it was wonderful to be studying foreign affairs,” she explained. “As a creative person, though, I realized I wanted to be in a career where I could create and have my finger on the pulse of something.” Her parents, David Rockefeller Jr. and Diana Newell Rowan, were supportive; she confides that she suspects they knew she would go into fashion design before she did.

It may be the talk of oil paintings, notable ancestors and family estates, but Ms. Rockefeller herself seems transported from a more refined time. Sitting upstairs at the Mark Hotel on the Upper East Side, she was immaculate, clad in a black, puckered-sleeve shirt of her own design (it’s called the Wellie), slim-fitting khaki ankle pants and a pair of leopard-print pumps.

“I live in this top right now,” she said. “It’s like throwing on a cardigan. But it’s a little chicer and more put together.” You can easily imagine her strolling through Central Park with Jackie Kennedy on a spring day in the early ’60s without changing her style one bit.

This style also translates to her recreational activities. While Ms. Rockefeller has traveled extensively—“I definitely was a free spirit, as was my great-grandmother. Never anything disrespectful, but I marched to the beat of my own drum”—it would still be hard to imagine the 31-year-old at a drum circle in Bushwick.

A quintessential Upper East Side girl, she enjoys Champagne at Bemelmans Bar at the Carlyle—“It’s my favorite New York thing to do”—having lunch at Amaranth and shopping at Jo Malone for perfume. She has just returned to New York after spending a portion of the winter in Florida with her horse, where she competes in the show-jumping circuit.

She is, in short, so wonderfully composed that it’s not wicked to wonder whether she felt extreme pressure growing up to live up to her family legacy.

“If anything, I think my parents were very careful to not put pressure on me,” she said. “I’m very grateful for that. It took some soul searching to figure out where I am, especially with a big last name, but I think everyone has some challenges figuring out their expectations and what they should be doing. I like to do things my own way and live a creative life.” 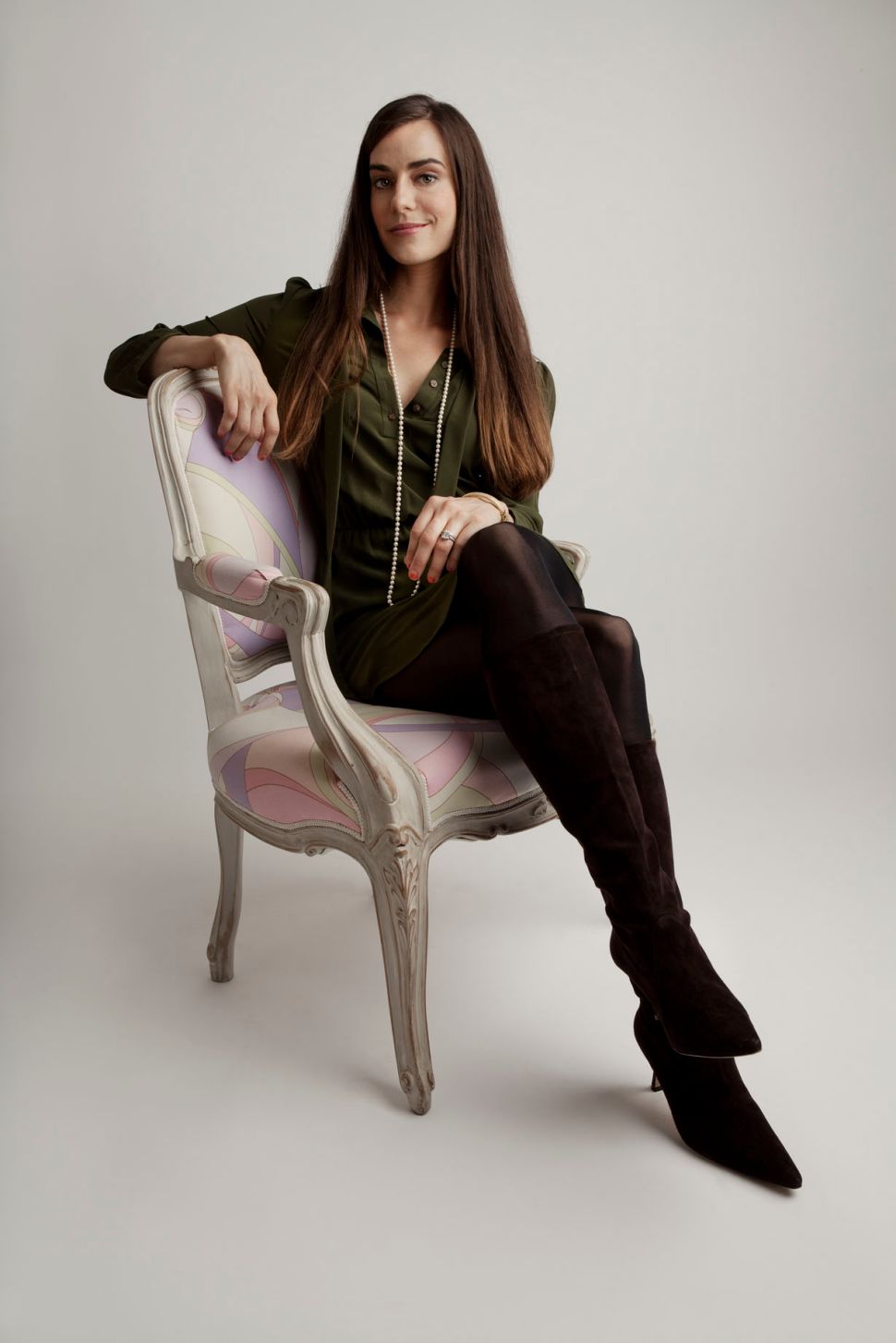