For those out there who think “love stinks,” maybe you’re just doing it wrong.

A three-story Bushwick building is being converted into a judgement-free living space for polyamorous lovers. According to the Poly Lexicon, polyamory is defined as “the non-possesive, honest, responsible and ethical philosophy and practice of loving multiple people simultaneously.” It’s like MTV’s The Real World only without the jealousy, the fighting and the douchebaggery.

But don’t get too excited.

Leon Feingold, the real estate agent representing the free-love residence claims “It’s not a sex-fest. It’s not a place to come and get your freak on. It’s a place to come home to.” Mr. Feingold told the Daily News that even he is considering moving in. (Mr. Feingold is a polyamory expert himself and co-founder of Open Love NY.)

The 15-bedroom love sanctuary, located on Troutman St., ranges in rent prices from $750 to $1500, depending on square footage and amenities like private bathrooms. All residents have access to a gazebo and a rooftop jacuzzi (talk about steamy).

Within five months of showing, Mr. Feingold has rented out half of the rooms to those who refuse to wear the cold, icy shackles of society’s monogamy standard. The pink, fuzzy bedroom shackles however … now that’s another story. 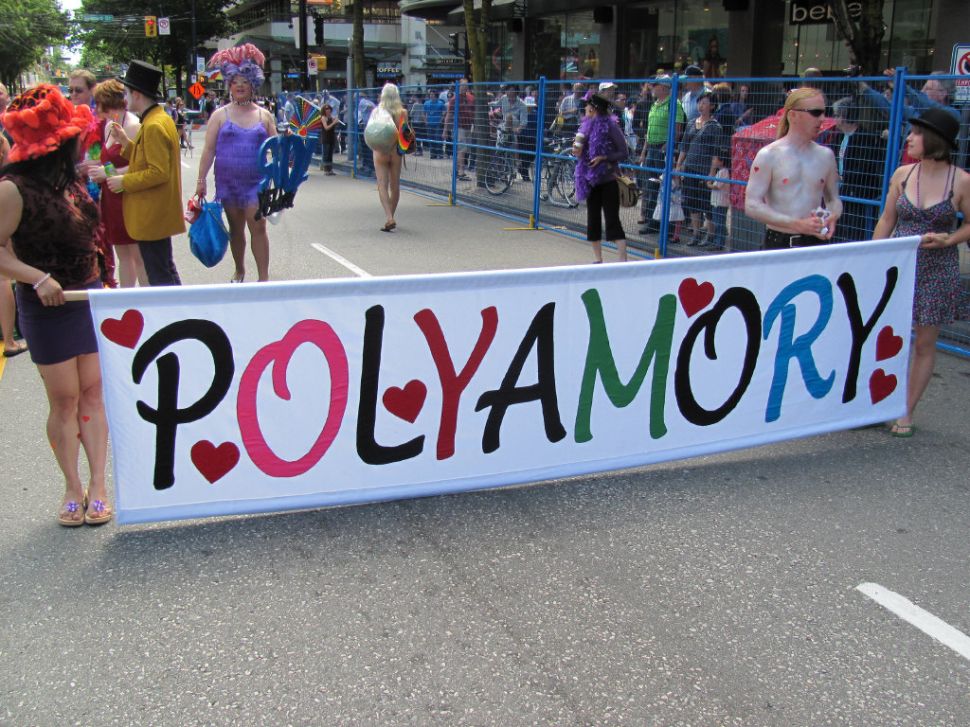