PATERSON – The organization is quietly confident in the corner of Council President Andre Sayegh under a blizzard of Jose “Joey” Torres hoopla on the streets.

The Democratic Party has its numbers, has near certitude it can hit them on behalf of Sayegh and feels bucked up by the fact that early totals show moderate turnout.

The election stays at 21K total turnout and they are mathematically comfortable that Sayegh prevails.

Their only concern has been high turnout overturning their models.

They don’t see that yet heading toward rush hour-after work voting.

Sayegh has buried Torres in contrast mail down the stretch of this brutal campaign season, trying to tamp down Torres’ attempt to repackage himself as a robust alternative to incumbent Mayor Jeff Jones.

Sayegh has two HQs: one in the 6th Ward, his home ward; the other, housed in old fish market in the 3rd, where the mayoral candidate has been actively campaigning with Assemblyman Benjie Wimberly (D-35) to grab votes in a ward incumbent Jones won in 2010.

Torres campaign headquarters continues to be a torrent of activity.

But Team Sayegh sources say they expected that and – right now – are unconcerned. 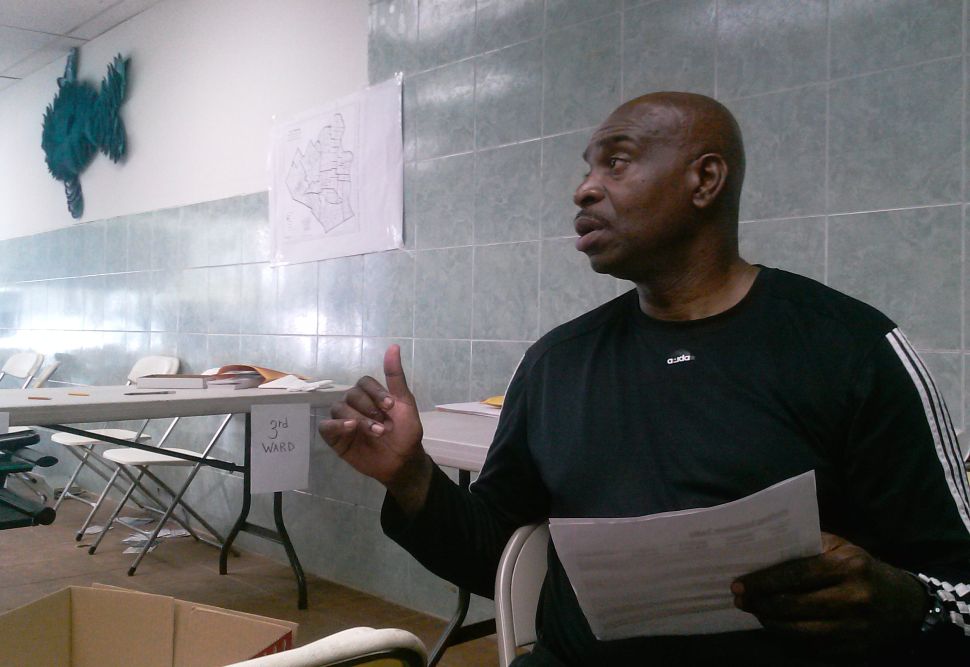