Several months ago, when a good portion of the city’s political class was celebrating the imminent arrival of a self-consciously progressive administration in City Hall, it was fair to wonder who, if anybody, would serve as a check on the budgetary enthusiasms of the new mayor and his comrades in the City Council.

Well, that independent voice has been identified. And it belongs to City Comptroller Scott Stringer.

Mr. Stringer is hardly anybody’s idea of a small-government conservative. Indeed, he was an eager passenger of the progressive express that pulled into the City Hall subway stop on Jan. 1.

But when the comptroller got a look at Mayor Bill de Blasio’s proposed new budget, he didn’t simply nod in agreement. He and his staff scrutinized it and came back with a startling assessment: The budget, the comptroller said, was out of whack.

Actually, the comptroller’s office was a bit more diplomatic. Mr. Stringer argued that the mayor’s plan did not conform with generally accepted accounting principles. Without going into mind-numbing details, GAAP is a framework designed to ensure a realistic assessment of revenue and liabilities. There was a time when New York’s budget makers paid no attention to GAAP standards. The result was the near-collapse of the city’s finances in the mid-1970s. Now GAAP compliance is the law.

Mr. Stringer’s intervention led the mayor to retool the budget, shifting $720 million in retroactive pay for some teachers nearing retirement to the current fiscal year ending on June 30. The mayor had hoped to spread out the payments over four years.

The comptroller may be simpatico with the mayor’s agenda, but in this first test of his independence, Mr. Stringer made it clear that he takes his role as a fiscal watchdog seriously. That’s a good sign—there ought to be some tension in city government, particularly in a one-party town.

Meanwhile, experts outside of government are raising broader concerns about the mayor’s budget. Analysts at Moody’s, the ratings service, have predicted a looming deficit of $7.5 billion through the 2018 fiscal year. Only a few months ago, that projected deficit was “just” $2 billion.

The mayor was somewhat smug in portraying his budget as a triumphant marriage of progressive values and fiscal prudence. Upon further review, it would appear that his message is half right.

Let’s hope the City Council, which must approve the budget, finds something to admire about Mr. Stringer’s welcome independence. 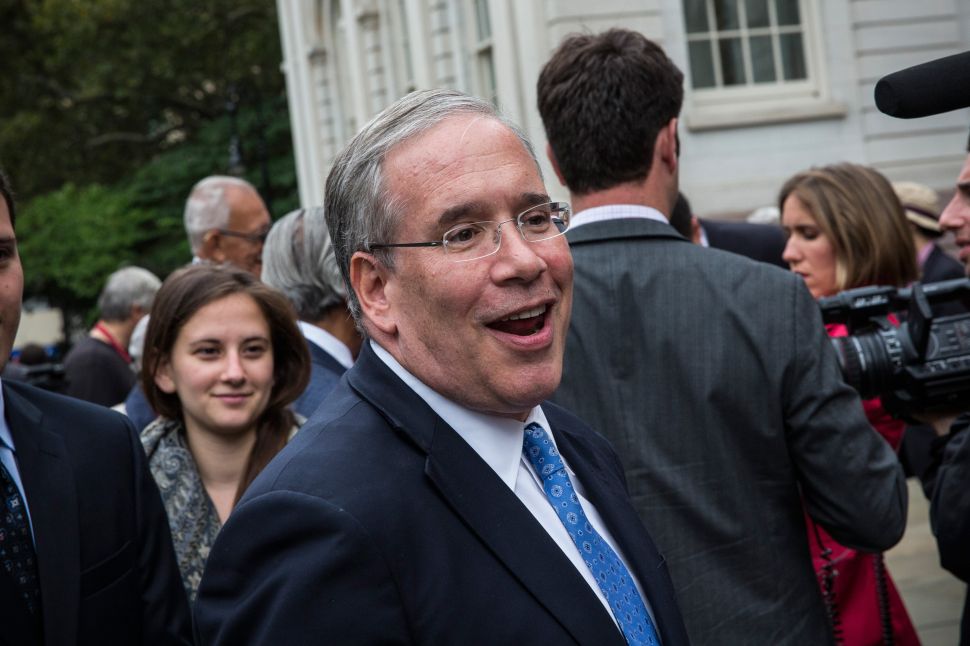