No fewer than three executors appear on the deed filed in city records yesterday for the sale of an apartment at 515 Park Avenue that once belonged to the troubled financial wizard and former Tweedy, Browne & Co. director Christopher H. Browne, who died in 2009. That trio of representatives attests in part, perhaps, to the complications that arose between Mr. Browne’s longtime boyfriend, the landscape architect Andrew Gordon, and various relatives and friends who were dismayed at the prospect of Mr. Gordon’s receiving an outsized portion of his partner’s roughly $260 million estate.

But Mr. Gordon passed away last September, at which point Mr. Browne’s family scrambled to sell the financier’s enormous East Hampton estate, which they did without the assistance of a broker earlier this month, for $145 million, setting a new national record for residential real estate. “Somehow, someone got the inside track,” one source told the Post. “All the brokers are crestfallen.”

Brown Harris Stevens’ John Burger, however, has no call to be crestfallen, given that he had the listing at 515 Park. And that it went for $25 million, even if that was more than a shade off the $29.5 million asking price—barely good enough for a building record, let alone a national one. Still, the place is not half bad.

A combo duplex stretched between the 30th and 31st floors, the condo sprawls 6,286 square feet. This, the listing suggests, is an apartment ideally suited for “glamorous” and “sophisticated” buyers. The dowdy and uneducated, after all, are wholly incapable of appreciating 360-degree city and Park views. And surely, they wouldn’t know what to do with the wood burning fireplace, “elegant” dining room and the “enormous” media room. Unless of course it was to use them for wood burning, dining and TV binges, of course. (We’re pretty sure no advanced degrees are required to figure out what to do with the five bedrooms and six baths.)

Some have described 515 Park, which was built by the lately oh-so-popular Zeckendorfs in 2000, as a kind of dry run for 15 Central Park West. And to be sure the older building does not quite share 15 CPW’s splendor. Just the same, for buyers Park NYC Holdings LLC—whoever they are—Mr. Browne’s old place ought to feel a sight better than a consolation prize. 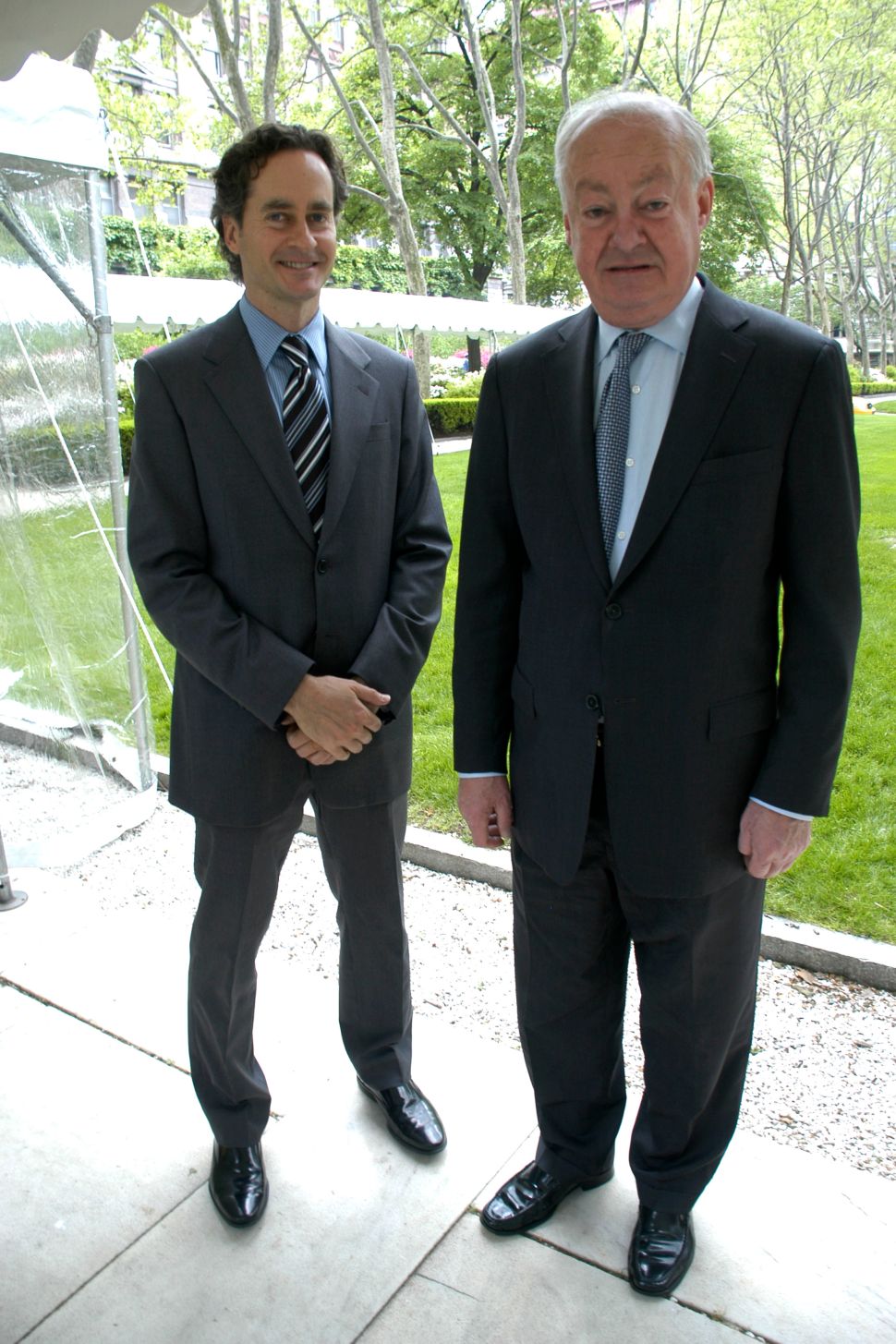