Selfie nation is going to the polls.

Fearing that voters in today’s elections might accidentally reveal the contents of their ballots, the UK’s Electoral Commission is taking serious steps to stop people from taking so many gosh darn selfies in their voting booths, the BBC reports.

Although taking photos in the voting booth technically isn’t against the law, the Electoral Commission fears posting the photos to social media could compromise the anonymity of the secret ballot — an act that is punishable by law.

They’ve taken several preemptive measures to stop the inevitable #voted posts.  Among them are open-backed voting booths and a push for “no photography” signs to be displayed at the polling stations.

Polling staff even received training as to what exactly a selfie is. (Really?)

“We have told staff that if they see anyone taking a photograph they should ask the person to delete it but not try to wrestle the phone out of their hands,” an electoral services manager at an East of England local authority, told BBC.

So, you probably won’t be tackled to the ground, but revealing your vote could carry some serious consequences.  Communicating the unique ballot identification number or information about the way someone has voted or is about to vote is considered a criminal offense in the UK.

Accidentally revealing such information with a selfie could land you six months in prison with fines up to £5,000 ($6,844.80).

That’s a hefty price to pay for Instagram likes. 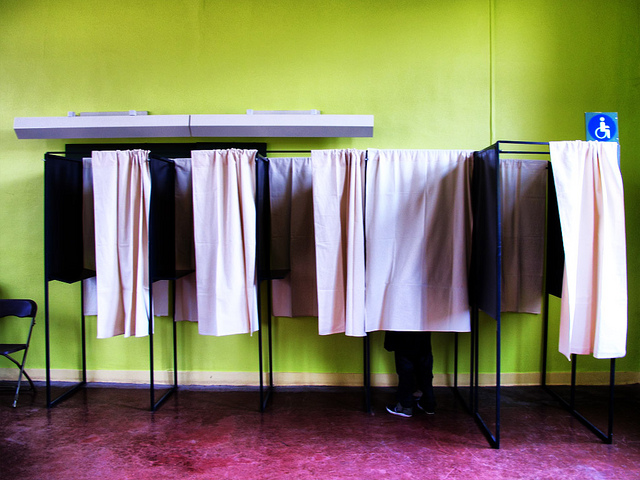