With nearly 1,500 sailors flooding the streets of Manhattan for the 26th annual Fleet Week, the United States Secretary of the Navy has only one task for you: take a selfie.

“You see a sailor or a Marine, go up to them and ask them what they do, and when they do… take a selfie with a sailor,” Ray Malbus said Thursday. “I think its more important than ever that a connection be made.”

Dressed in their summer whites, the sailors will be performing, parading, and exploring the city throughout Memorial Day weekend. Marines and Coast Guardsmen will remain in the city through Tuesday.

This weekend marks the return of the celebration after a year’s hiatus due to U.S. Navy budget cuts. Events include ship tours for public, aerial demonstrations, and concerts, culminating in parades across the city on Saturday and Sunday.

Whether you’re commuting or wandering the streets, make sure to stop, grab the nearest sailor, and snap that selfie.

Christening of the hashtag, #SelfieWithASailor, has already begun since the sailors’ arrival Wednesday. Let’s hope it doesn’t turn out the same way as #myNYPD.

Leaving the USS Oak Hill, but not before nabbing my #Selfiewithasailor. pic.twitter.com/cRkFyf864m 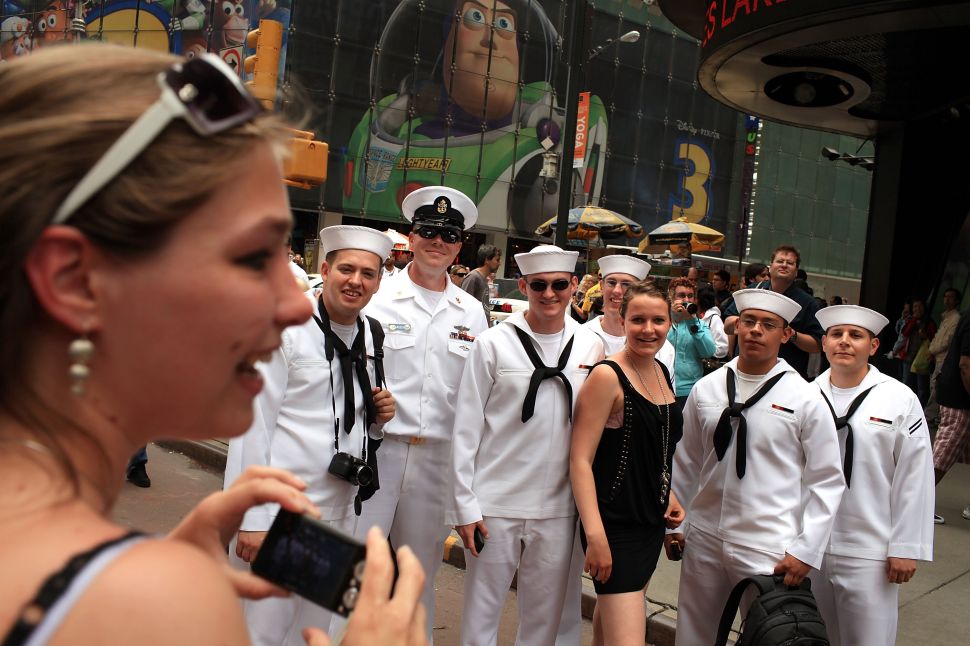