Last week, a friend from elementary school’s house burned down. She lost everything. Since they were renters, none of the stuff in the house was insured. Worse yet, it was the cherry on top of an already heartbreaking week in which her little dog had been killed by another dog.

Due to the marvel of social media and social tools, another friend immediately set up a campaign with the site Give Forward to raise $12,000 for a “Start From Scratch Fund” on my friend’s behalf. Almost immediately, the first $10,000 was raised.

Knowing a thing or two about having a terrible week, I went to make my donation. But as I was finalizing the transaction, I discovered something not so marvelous about this form of social giving.

Right before I paid, the site informed me that Give Forward charges 7.9 percent, plus a $0.50 transaction fee to donate money. Thats $8.40 for the first $100 donated!  While they do offer the donor the ability to cover the fee themselves (of course, I did), it still strikes me as outrageous. And exploitative.

Consider that if this poor girl had been raising money for a for-profit enterprise on Kickstarter, the transaction fee would have been five percent, plus a three to five percent credit card processing fee. On Indiegogo, it would have been four percent, plus the same processing fees. And in those cases, people are using the platform to raise potentially millions of dollars and may even be looking to be acquired for millions more. They can afford it.

So I thought I would dig really quickly into a few competitors in the new but growing space of crowdfunded charitable giving platforms:

To illustrate the above fees more clearly: if you donate $100 via any of these services, at the very least $5.75 is going into someone else’s hands. Whether it’s ultimately paid by the donor or the recipient, serious money is being redirected from where it was intended to go.

Obviously, sites like Give Forward perform a service. But a very small one. The bond between friends is already there. The actual writing of the donation request was done by the submitter. The marketing (to our network of friends) was done by friends. The actual transfer of funds is handled digitally via some third party, no doubt, so where on earth do they get off charging a 160 percent markup (based on a three percent processing fee) for simply aggregating these services and putting a brand behind it? It’s good business, but again “exploitative” is the word that comes to mind.

Surely these tech companies (surprisingly most aren’t non-profits) understand the optics of creating a business model that charges high fees to people who are trying to help a friend in a time need. From where I am sitting, they don’t look good. What do they think Charity Watch is going to say?

And where exactly does that leave consumers? No person with a heart is going to not donate out of principle or objection to these fees — after all, you have a friend or a cause that needs help — so instead you eat the fee (or in some cases, pass it along to someone who also can’t afford it). Indeed, I paid it, but I would have much rather the extra money gone to the person who needed it, rather than this usurious middleman.

It makes me look more favorably on this next generation of BitCoin startups who are disrupting the payments space. And the current lineup of platforms in this space makes me think this niche ripe for a new player to enter — one who distinguishes themselves through honesty, and transparency.

Frankly, the whole experience makes me think more highly of  Paypal and Square, or passing around a hat for that matter. Too often we blindly cheer on new developments in the tech space and buy into their marketing messages, especially if they are organized under the auspices of doing good for others. But sometimes the costs of convenience simply aren’t worth it, or even worse, exploitative.

Maybe I am wrong and this is just the cost of helping people in 2014. But I wish that it wasn’t. 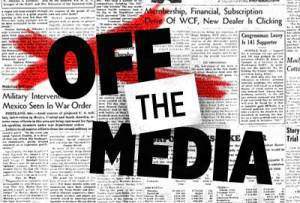 Filed Under: Business, Crowdfunding, Money, Charity, ryan-holiday, off the media, give forward