Total-ultra-mega best-sellers and full-media-spectrum dominators Steven D. Levitt and Stephen J. Dubner have just published their third Freakonomics tome, Think Like a Freak: The Authors of Freakonomics Offer to Retrain Your Brain. Mr. Dubner, while traveling to promote the book, spoke by telephone with the Observer.

You wrote Think Like a Freak because everybody basically treats you like a superhero, expecting you to save the world from hunger, fracking, bitcoin and breast milk, right? Kinda. It is simultaneously exhilarating and frustrating to be asked so many good questions on a daily basis. People think you have something to say, and you want to answer the question, but you go down one little rabbit hole, and three weeks later, 500 emails have come in. So we thought: Wouldn’t it make more sense to tell people how we do it?

Is it a big jump from journalism to handing out advice? We try to write in a tone that encourages voluntary buy-in as opposed to presumed consent. So there was a lot of conditional phrasing, like, “If you want to think like a freak, you might try this.”

Is that kind of hedging a tactic or a device of persuasion? You’re a sharp young man. I wouldn’t say it’s so much a positive move as avoiding the negative move. It isn’t that we were trying to back off the gas to be more persuasive. We backed off, because we don’t want to tell you how to live your life. I tend to find those kinds of people less persuasive.

You also point out the problem of people being too certain. Are we moving away from that? There are quadrants of society where the admission of uncertainty is getting less stigmatized, I think. In the military, there’s a real value put on saying some version of “I don’t know, sir, but I will find out immediately and report back.” Faking has real consequences there, unlike, one could argue, in academia or business.

You ominously title the last section “The Upside of Quitting.” Have you thought about capping this off as a trilogy? That chapter was written just a few months ago—that’s pretty fresh. We do have another project underway, a very different topic for us. It’s a little murkier; we probably have another eight to 12 months of hard research, and if it works out, we’ll write that.

Can you say anything about it? We’ve been trying to figure out the best way for an amateur golfer to get better without devoting 10,000 hours to it. 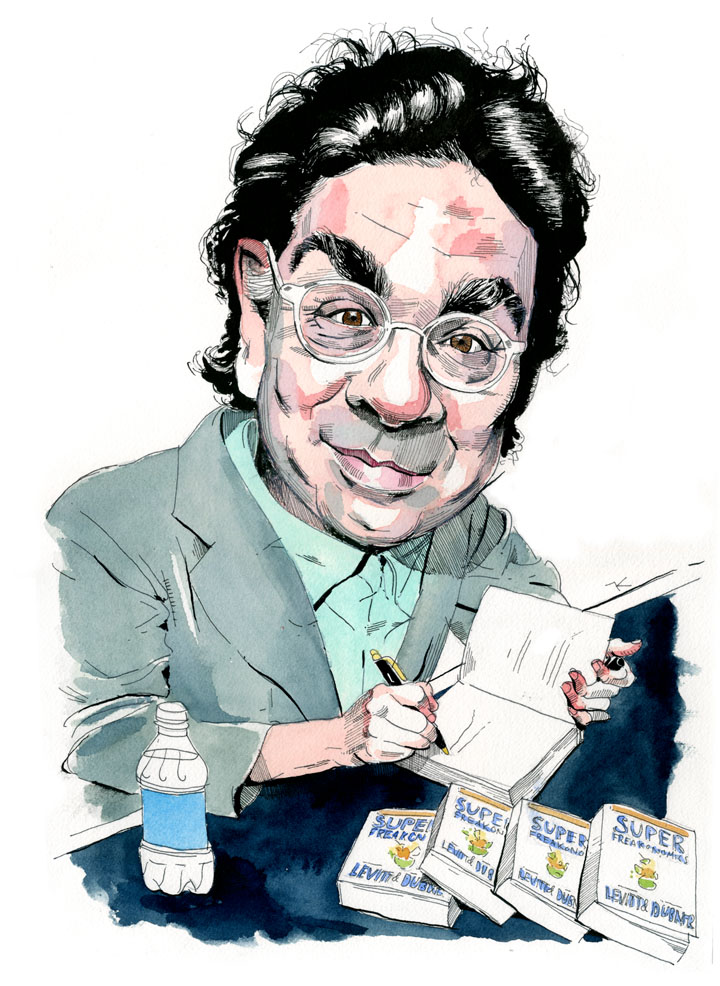