Visitors to Frieze New York’s VIP preview didn’t seem to know quite how to handle the firefighter holding court near the south end of the tent. He was perched on one of the picnic tables arranged by Koki Tanaka, and was part of the artist’s commissioned Frieze Project.

Mr. Koki’s piece aimed to bring members of the “invisible communities” on Randall’s Island (i.e., the people who are here when Frieze is not) to interact with fairgoers. Michael Gallo, the firefighter, who had bright blue eyes and exactly the kind of deep friendly creases one wants, said the most common question he kept getting from collectors and dealers was “are you a real firefighter?” (Clearly performance art has reached some kind of threshold.)

Mr. Gallo has been a firefighter for 27 years and an instructor at the academy across the street from the Frieze tent for the past seven. Between his helmet, pants, boots and bunker (fireman slang for enormous jacket), which contains a personal safety system consisting of 75 feet of rope and some carabiners, the whole ensemble he was wearing weighs about 80 to 90 pounds. Despite the humidity inside the white tent, which made wandering around feel a bit like writhing in a poncho, Mr. Gallo was unfazed; fires tend to rage close to 1,000 degrees.

“This is a totally different contrast,” said Mr. Gallo of being in the middle of the fair. “But art is in the eye of the beholder. This could be a work of art,” indicating our conversation, “or it could be education.”

Mr. Gallo rushed to the scene on 9/11, a day that claimed the lives of about 343 firefighters. “9/11 changed the face of the world,” he said gravely. “Terrorism is a part of life now.” He described the force as a brotherhood. “If I meet a firefighter from France or England or anywhere in the world, there’s a common denominator,” he said. Kind of like the global art world (without the heroism or humility!) 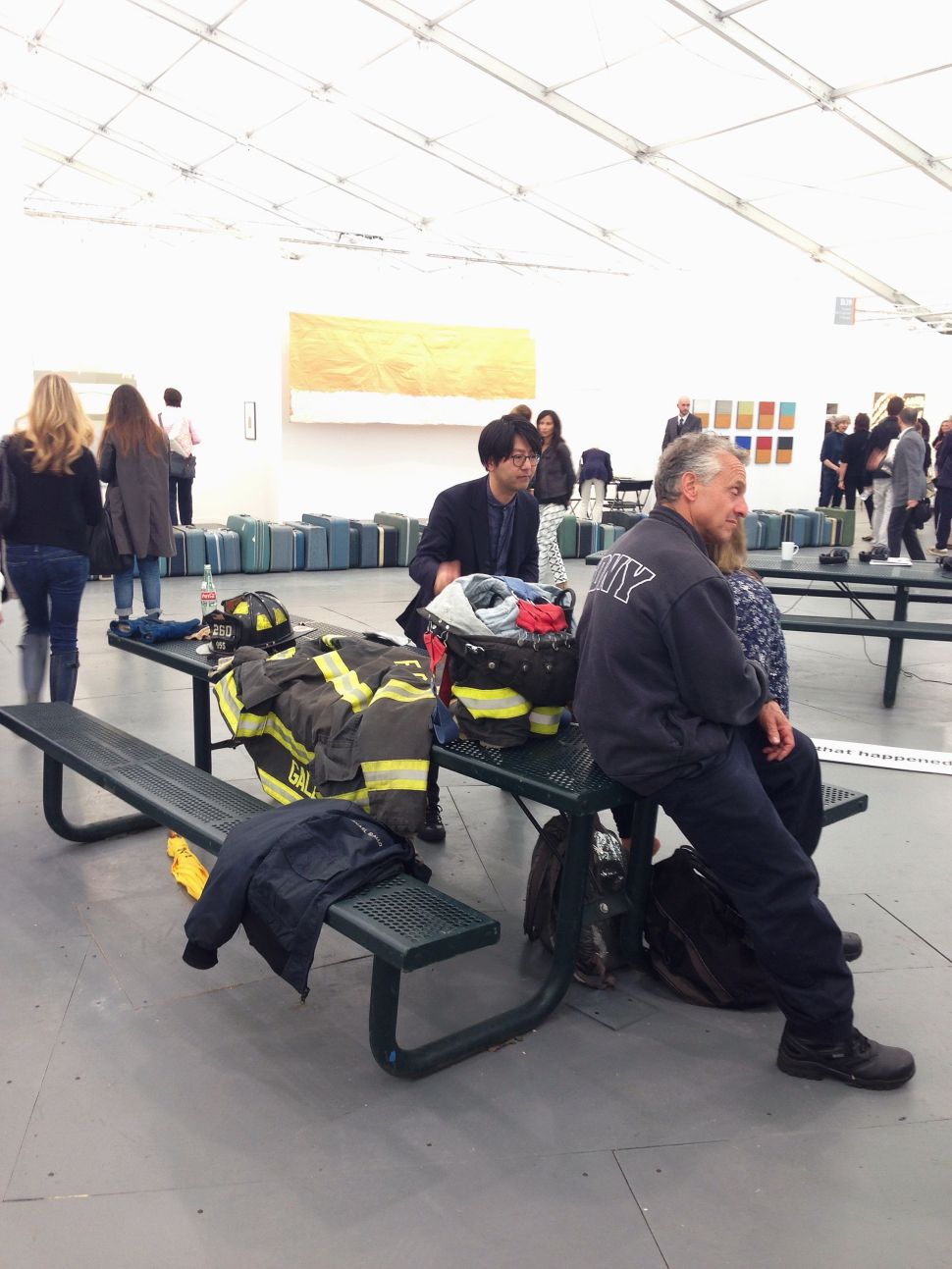