Lena Henke, 32, grew up on a horse farm in rural Germany and had planned to be a plant breeder, but at 19, after completing the required education, she changed her mind. “I was like, ‘It can’t be like this. I need to do something else!’” she told me in her Williamsburg studio. “I sold the horse, I bought a car.”

She went to work for a photographer and then enrolled at Frankfurt’s elite Städelschule. With a group of friends, she ran a little art gallery and worked in a bank’s art department. One day, they stole a Louise Lawler photograph from the bank for a show. “For one night,” she said. “Nobody ever found out.”

Ms. Henke makes art in a similarly scrappy and irreverent way, shrugging off rules, working with whatever is on hand. “The street is always really inspiring for me,” she said. “Big topic.” For the past year and a half, it has been New York’s streets.

Pretty much anywhere you wander this week, you can see her work. She has a solo booth at Frieze with Brooklyn gallery Real Fine Arts and work at the NADA art fair with Frankfurt’s Parisa Kind gallery. Plus she’s in a group show at Bortolami gallery in Chelsea with long, low subway grates that she has dipped into epoxy, sand and asphalt—they’re gritty, ghostly objects.

“Of course, it’s always weird to show at an art fair, and I wanted to get some power,” Ms. Henke said when I asked about her Frieze works. “So I decided to design the furniture pieces for the gallerists.” Those gallerists will be sitting on some very austere seats made of woven metal fencing. She has used the same material for her sculptures, cutting and bending it to make pieces that will form an abstract skyline in the booth. Resin casts of saddles float through and above the metal. “I was reading Freud about penis envy, and the power you get, riding this big animal, when you have power over it,” she said. “I was like, ‘Oh, yeah, true, so true!’ So I went back and looked at horse things.”

But before those fairs, she had to finish work on a one-night group show she was organizing with her artist friend Marie Karlberg, who was going to stop by later so that they could make prints of their breasts and bottoms on bed sheets. When they first met, they had talked about opening a gallery together. “We were looking for a way to do kind of underground-y shows, without thinking about money,” she said. “It’s kind of not possible in New York.” Instead, they have organized exhibitions under the BQE and in a nail salon. (They’ll also do a booth at NADA.) The one-night exhibition ended up being in Ms. Karlberg’s Williamsburg bedroom. “We wanted to have a sexy show,” Ms. Henke said. 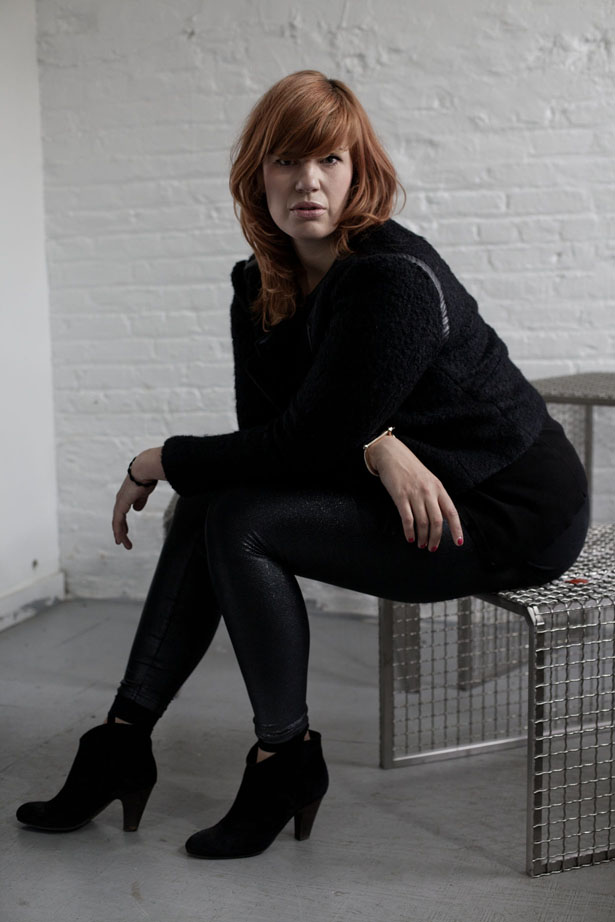