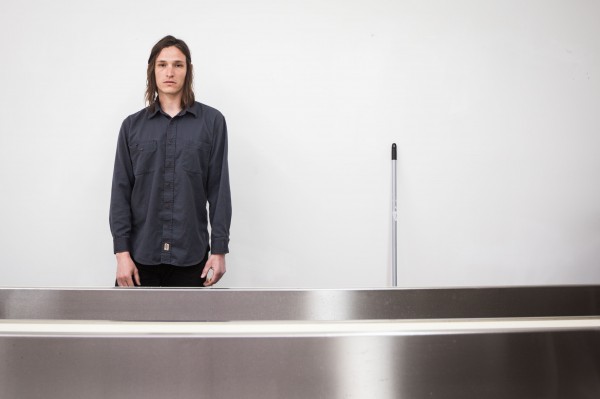 Turner in his studio. (Photo by Emily Assiran for the Observer)

At Miami Basel last December, it looked like something had gone awry in Team Gallery’s booth. A long stretch of its pristine white walls had been rubbed away and replaced by a billowing gray cloud. But it was an artwork, and Daniel Turner was responsible. “The actual piece was made by manually pressing steel wool into the wall for about 12 hours,” the 30-year-old explained by email last week. He prefers to work in isolation on those site-specific drawings, and so he made it at night. At the end of the fair, it was gone.

I was first startled by one of Mr. Turner’s wall works at the tiny West Street Gallery in the West Village in the summer of 2010. In the intervening four years, he has had solo shows in Milan, Antwerp, Frankfurt and London, at the blue-chip White Cube, and last week he was putting the finishing touches on his most high-profile show to date in New York, at Soho’s Team gallery, which will also show his work at Frieze.

The Team exhibition is comprised of three objects, which look like the sort of high-end kitchen architecture being sold in the neighboring boutiques, but they’re strangely low to the ground, and two have basins that appear to bear chemical residue. (It’s traces of water from the contaminated Newtown Creek near Mr. Turner’s Greenpoint studio.) These disturbing sculptures are part of an ongoing series. “For the past year, I’ve been working on a singular body of work that pulls its form from the psychology of a countertop,” Mr. Turner said. “I suppose you could say that I’ve been stripping domestic makeup.” 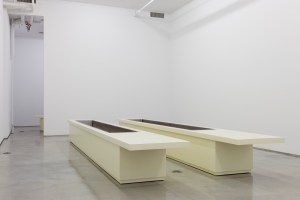 They feel like dark descendants of classic Minimalist sculpture. “I would hope that the pieces communicate something which I have a difficult time explaining,” Mr. Turner said. “But more directly, my interest lies in a sort of disquieting neutrality.”

Other countertops have appeared in his recent shows, with different dimensions and details. Mr. Turner works slowly, and is constantly testing and honing ideas. “In terms of being an artist, when something doesn’t challenge me, I often reject it,” he said. “For better or worse, I tend to be painfully critical of my work. That’s because I’m not a naive person. No one else is losing sleep over this.”