The study, released by the Anti-Violence Project, found that anti-gay attacks rose 26 percent in 2013, with 594 reported either in the media or directly to the AVP—up from 470 the year before. Reports of attacks against transgender and gender nonconforming people went up by 21 percent.

The group told DNAinfo that the number of reported attacks has risen four consecutive years but that the jump in 2013 was the largest increase ever recorded.

The three victims who were murdered, as well as the vast majority of those attacked, were people of color, the report goes on to say.

Nationally, however, the number of reported anti-gay attacks was down slightly in 2013 compared to 2012, with a nearly 1 percent decrease, according to a report by the National Coalition of Anti-Violence Programs.

AVP Executive Director Sharon Stapel told DNAinfo these numbers may be “a reflection of the enhanced accuracy in reporting, as well as the fact that we are reaching more New Yorkers with our message of safety for LGBTQ and HIV-affected people,” rather than show an increase in violence.

Joan Vollero, a spokeswoman for the Manhattan District Attorney’s Office, echoed this sentiment.

Last year, Christine Quinn, the then-City Council speaker, spoke at a press conference in response to the Carson case and said, “The only thing that can stop this is people of good will standing up and saying this is not something that will be tolerated.”

The NYPD did immediately return our requests for comment. 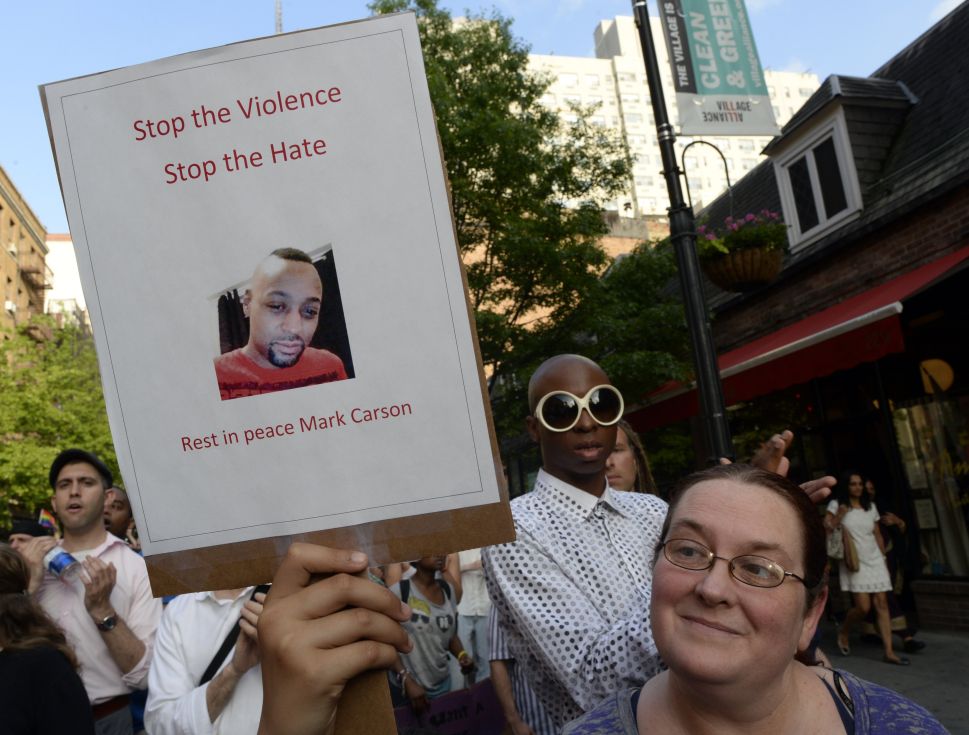