To be frank, the premise of Faking It kind of sucks.

The MTV show was supposed to tell the story of two high school BFFs (Katie Stevens and Rita Volk) who decide the fastest pathway to popularity is by pretending to be a couple. In reality, the show is so much more.

The show found its strength and its stride with a twist, when Amy, half of the fake couple, realizes that she might actually be gay. She’s out, but fake out, which isn’t making her real coming out any easier.

While Faking It is definitely a comedy, it handles teen sexuality with a deftness and sophistication rarely seen on TV. Amy’s struggle to come to terms with her sexuality is addressed in an open and self-aware way, despite being filled with the stumbles, pitfalls and many many awkward moments of any teen comedy and/or real high school experience.

With that plot turn— and by putting a young woman’s struggles to define her sexuality front and center — Faking It became a rather unexpectedly groundbreaking TV show, which is exactly what the show’s executive producer and showrunner Carter Covington wanted.

We had a few questions.

New York Observer: How did you come to work on Faking It?

Carter Covington: Last year MTV approached me with the title and the basic premise of two girls pretending to be lesbians in order to be popular and they asked if I was interested and I was like, ‘I can see how that premise might be offensive if done the wrong way’. Then I started thinking about growing up in the closet in North Carolina and I always had these crushes on my friends that I couldn’t talk about. I couldn’t express my feelings and I thought this was an interesting place to kind of explore that. I pitched them the idea that these two girls would do this, but one of them would actually have feelings for her best friend, and it would be a journey of discovery.

They got really excited about that. I fleshed it out, because I had to figure out a world where two girls lying to be lesbians would actually bring popularity instead of bullying or taunting or some of the things that would happen in a lot of high schools around the country. That’s where I came up with the idea of Hester High, this very progressive open-minded and tolerant high school in Austin. I felt that the contrast in Texas is so pronounced that it would be funny, too. And I love Texas, since I’m from the South and I always love a Southern accent. MTV has just been really supportive the whole time.

What do you say to people who are critical of the show’s premise, about two girls faking being homosexual?

I understand where their sensitivity comes from. I have seen portrayals of gay people on TV that I haven’t liked. I understand that a lot of people are judging the show on the premise that it is going to mock people’s sexuality, that sexuality is something that you can choose or fake, and that basic concept is offensive to people. But once you get beyond that, what we’re trying to show is a girl struggling with her sexuality and that should be celebrated. I don’t think has ever been front and center in a television show. I hope that people will not judge the show by its premise and will really give it a try. I think they will be pleasantly surprised.

You’re out and the director is out and one of the show’s leads is out, but despite that resume, the show does occasionally deal in stereotypes, like Karma’s “tuna” lesbian joke. Why dabble in stereotypes?

Stereotypes exist in the world we live in, that’s why they are stereotypes. What I really hope to do over the long term of the show is grow past the stereotypes. For example, Karma’s view of the world gets shattered over the length of the show. This choice that she makes to pretend to be a lesbian, isn’t rewarded in the end. It makes her life more complicated and brings her a lot of trouble. Just because in the premise we’re kind of kicking that off, that doesn’t mean that the moral of the show is that sexuality is a choice. I wanted this show to exist in reality, and in reality these stereotypes exist, maybe because people see them on television. There’s always a debate about whether you are perpetuating stereotypes, but on our show we’re trying to push the envelope.

Do you think the typical MTV audience member is actually this progressive? Or is this an aspirational idea of what high school looks like now?

What we’re hoping to do with Hester High is create something that people can aspire to create in their own high school. That’s why we’ve partnered with the Trevor Project to create some tools that people can use in their own high schools to make them more tolerant and accepting. We’re creating a vision of what high school could be. The overall subversive message of the show is that even though the show is called Faking It, the real message is to be authentic, to be yourself, because that’s the least complicated thing to be. These lies that people are telling are not making their lives better.

The show is subversive in a way. Have you been getting complaints from the Family Research Council or groups like that?

I think those groups are so used to being offended by MTV that we haven’t heard any pushback, which shocked me! When I watch the show, I can’t believe we aren’t getting any! MTV has been a great partner, because they haven’t asked me to write anything in or out and they are letting me play up the red state/blue state humor, which I probably wouldn’t be able to do on any other network.

The Shane-Liam, gay-straight male friendship is not something we normally see on TV, especially when they slow dance. How did that friendship come about?

I have a lot of straight friends and my sexuality never comes into play and I felt like that was something I hadn’t really seen on TV. When I was working on the show, I kept seeing data about how young people are so much more tolerant and open-minded and I thought, well, if that’s the case let’s show a bunch of different friendships. The second episode, the homecoming one, originally was going to have this plot where Liam was nervous about going to the dance with Shane, because he remembered that Shane had a crush on him in middle school and Shane was like, “I did not have a crush on you.” But when we shot that, I realized that people would read into that and would think that Shane really did have a crush on Liam, and I really wanted their friendship to be pure and I took it all out. Now watching it, it feels groundbreaking, because they don’t even mention it. It’s just a straight guy and a gay guy being best friends.

When we were shooting them dancing together, Gregg and Michael and I were kind of laughing about it, saying, “This is probably going to be the first time we’ve seen a gay guy and a straight guy dancing together on TV,” and high fiving about it. They are enjoying showing this friendship. Gregg very much embodies Liam’s attitude about “who cares what your sexual orientation is?!” and Michael is openly gay and has a lot of straight friends, so I think it feels very natural to them. It is just very strange to us that this hasn’t been done yet. We’re all excited to watch that relationship evolve.

With the premise of the show being what it is— two girls faking their sexuality— how long can the show continue?

I will tell you that in the finale of this first season, that comes to a head. I won’t give away any more than that, but in the finale of these eight episodes, it will really blow up. It will set us up for a really great season two where the repercussions of that play out. 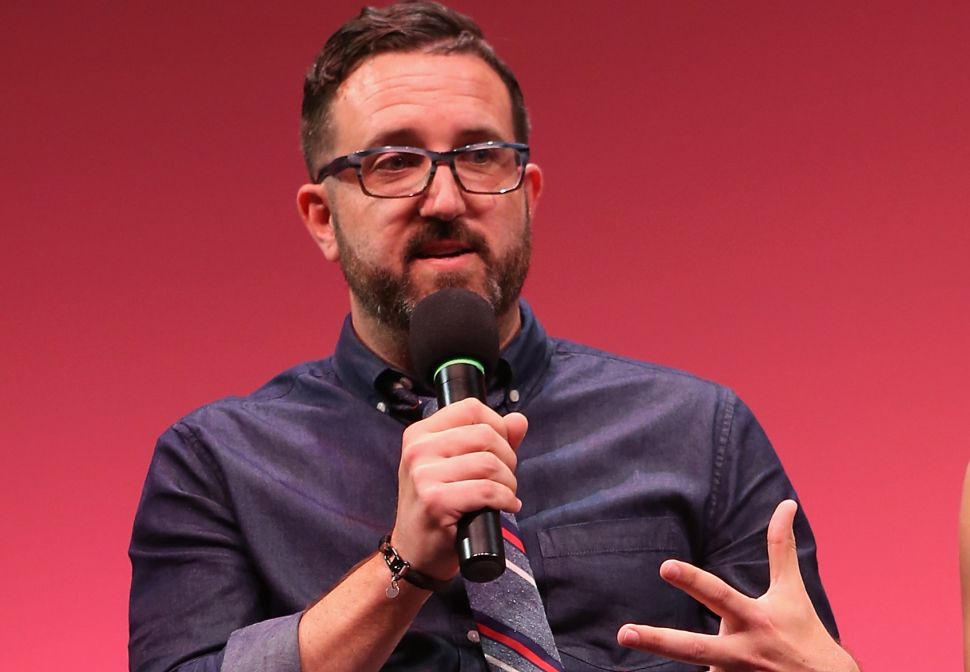