It was Raymond Donovan, the Reagan-era secretary of labor, who famously asked after being cleared of corruption charges, “Where do I go to get my reputation back?”

Mr. Bruno, the onetime majority leader of the New York State Senate, was found not guilty of an array of federal fraud charges last week. The investigation of Mr. Bruno took nine years. The jury cleared him in just four hours.

Where does he go to get his reputation back? There’s no answer to that question, of course, although it does speak to the terrible damage that overzealous prosecutors can inflict on innocent people. But here’s a better question: Where does Mr. Bruno go to get his money back? Specifically, the more than $4 million it cost to defend him against trumped-up and ultimately flimsy charges that he accepted bribes disguised as consulting fees from an upstate technology firm?

Mr. Bruno has said he may ask the state to reimburse him for his legal costs. And why not? He is completely within his rights to make such a request. According to state law, officeholders accused of wrongdoing in their official capacity can request reimbursement from the state for reasonable attorney’s fees. Mr. Bruno may not be entitled to full reimbursement, but justice would seem to demand at least a partial payment from the state.

The case against Mr. Bruno was never strong in the first place, but that didn’t stop federal prosecutors from engaging in an almost decade-long campaign to ruin him for reasons that remain murky at best. Mr. Bruno was originally indicted in 2009, a year after he retired from the senate. He was found innocent on five charges and convicted on two, but those two convictions were overturned. Undaunted, federal prosecutors tried again, leading to yet another embarrassment with last week’s verdict.

Mr. Bruno was one of the state’s top political power brokers during his 14 years at the helm of the senate. He also is a highly successful businessman. Mr. Bruno had to walk a delicate line in his official duties, and inevitably, critics charged that he improperly mixed the personal and the political. Jurors did not agree.

Mr. Bruno, 85, expressed little bitterness after the jury returned its verdict. “The system works,” he said, adding a grace note to what has been a particularly grace-less affair.

Mr. Bruno, who was a good friend to the city while presiding over the senate in Albany, did nothing to deserve this persecution. If he asks the state to reimburse his legal fees, that request should be carefully considered. 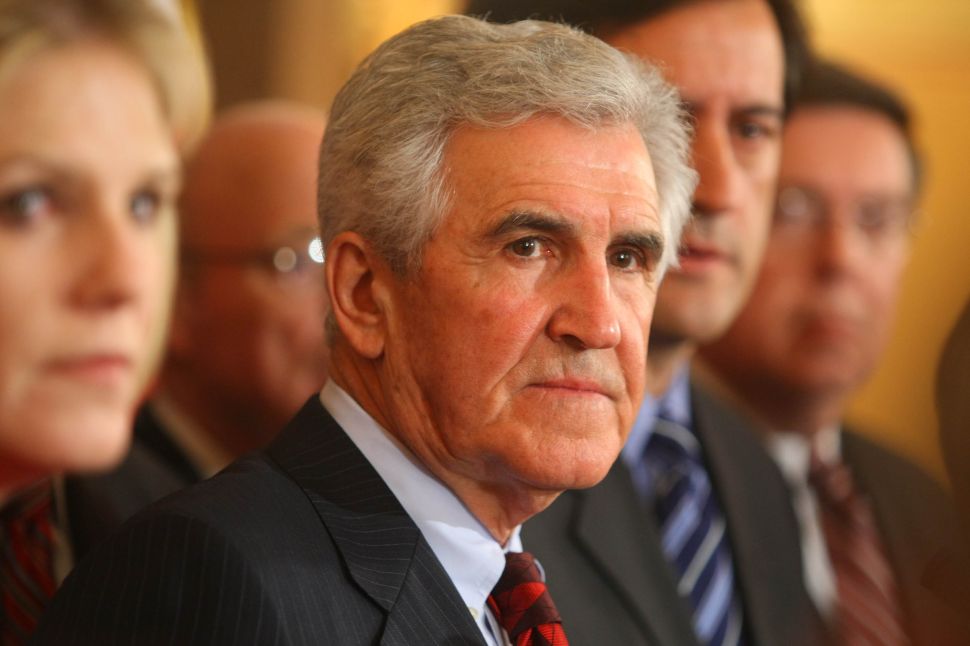