In this cycle, nursing confusions and mangled alliances from 2013 and intent on reformulating and hardening battle lines leading up to 2017, the statewide Democratic Party warred with itself locally, its internal divisions enhanced by overwhelming outside spending.

The theaters all fit together – Paterson, Irvington, Trenton, Bayonne – and at the center stood Newark, in many ways the torque point for everything else.

Undiscovered territory undergirds these contests, specifically the amount of spending by independent expenditure groups: so far a total of $2.7 million in the cities – most of it ($2.6 million to date) in Newark; and the bulk of the Newark IE spending ($1.7 million) lined up in favor of establishment Newark mayoral candidate Shavar Jeffries, according to the state Election Law Enforcement Commission (ELEC).

The most independent spending locally prior to this year was $251,000 by Better Education for Our Kids (B4K) in the 2013 Jersey City mayor’s race.

Ironically, that money went to the mayoral candidacy of Steve Fulop, who a year later stands with Jeffries nemesis Ras Baraka, a public school principal by trade who scorns B4K.

“This race is the hangover that comes after the huge Cory Booker party,” said Seton Hall University Associate Professor Matthew Hale. “The winner of the race on Tuesday might turn out to be the one who gets fewer votes. Newark is facing a huge structural deficit, an unpopular state-backed plan for education, growing violent crime, and the threat of even more state control. I think whoever loses might be the lucky one.”

But legal and insurance contract dollars in Newark and elsewhere, and power center potential – have every player in the party on high alert – in search of an unquestionable win Tuesday with the cutting of a deal and the landing of a favor in return.

Newark represents the biggest prize for many reasons.

In bucking the Essex Democratic Party establishment, Fulop by extension threw the equivalent of a political hand grenade into the laps of those same establishment brand names who showed up uncomfortably at a handful of Barbara Buono for Governor events last year while madly disparaging her campaign in text and cellphone as hopeless.

By breaking from the stage he had stood on with Sweeney and DiVincenzo and supporting Baraka, Fulop realigned his own template from a year ago, when he wavered his toe at the edge of the gubernatorial contest, never uttering Buono’s name while torturously finally deciding on the safely impersonal sound-bite of supporting the Democratic ticket in the general election.

They wanted Fulop at those same crowd-pleasing events anchored by DiVincenzo and Union City Mayor/State Senator Brian P. Stack – and, sources informed PolitickerNJ in the lead up to the 2013 November election – thought they would get him there.

The after-effects of that cycle – well-documented through back channels made public in the aftermath of Bridge-gate – further lumped Fulop outside the inter-party triumvirate of Christie/DiVincenzo/Norcross, Sweeney.

He was almost at the edge of Ras land, and only needed persuasion of what appeared to be a real Newark organization.

Nursing designs on a statewide run, Fulop and his allies were unconvinced they could land the support of powerful Essex County Executive Joe DiVincenzo, whose connective tissue to the power structures of Trenton, including Senate President Steve Sweeney (D-3) and Gov. Chris Christie, suggested he would work against Fulop in Essex.

That was Fulop’s read on the situation.

So he threw in with Baraka.

Sweeney/George Norcross II and Divincenzo in one degree or another (Norcross by virtue of his operatives’ closeness to the Newark First PAC, DiVincenzo with local organizational strength and politics on the line and Sweeney – as a savagely Drumthwacket-seeking and attentive Fulop foil) all crave a Jeffries victory.

Doubling down on the old private, public sector battle lines, the Working Families Organization IE threw $398,000 behind Baraka; and the American Federation of Teachers fork-lifted him another $92,900.

“I run into burning buildings for a living,” the iconic O’Donnell said last year in his quest to become Buono’s state chair. “And the day I felt most vulnerable was the day I dropped my daughter Caroline off to school for the first time.

The party lost him, when it put up veteran state Sen. Ray Lesniak (D-20) to force a compromise, namely Passaic County Democratic Party Chairman John Currie, newly empowered by a win in the CD 9 2012 Democratic Primary – which takes us to Paterson.

A political wild west locally, Silk City is less complex than Newark from the standpoint of party power.

Bearing gifts to the State Party Chairman Currie throne room (Currie also still serves as Passaic County Democratic Chairman and is all in with mayoral candidate Andre Sayegh), Fulop and Sweeney – or their surrogate organizations – both scribbled out checks to the establishment-backed candidate, president of the Paterson City Council.

A similar dynamic took hold: if Paterson and Newark were June Democratic Primaries and not May nonpartisan – at least on paper – events – both Baraka and Torres would likely find themselves with a shortened path to victory.

Indeed, fighting the potential future partisan-ization of Paterson elections became a campaign trail back message for the likes of both Torres and veteran At-Large Councilman Ken Morris, Jr., a longtime Torres ally.

Feeling the sting of a revenge-motivated Torres, who appeared intent on sending grassroots electrical currents up to the towers of county power, anti-Torres mailers hit the streets Monday afternoon detailing his connections to Ocean County Republican Chairman George Gilmore, who helped get Torres his job as business administrator in Jackson.

The mailers – dumped by the thousands to break Torres’ traction – take the leap from Gilmore to Christie, amping a Democrats versus Republicans message in an attempt to drive party allies to the polls for Sayegh; those same voters who backed U.S. Rep. Bill Pascrell’s stunning partisan victory in 2012.

Similar dynamics ran through races in both Newark and Paterson.

Jeffries and Sayegh had something in common, as did Trenton establishment mayoral candidate Eric Jackson: support from statewide players in the Democratic Party.

Both Jeffries and Sayegh started their political careers on the local school board.

Both convinced party pooh-bahs who wield the most power in state politics to bet on them.

But Sayegh and Baraka had things in common too: a mutual passion for politics, advancement in local theaters of engagement, heartache of past mayoral campaigns gone wrong, and a history leading to tomorrow’s conceivably make-or-break elections.

Educators by trade, Sayegh and Baraka both won local ward races and lost mayor’s races prior to this cycle.

Baraka has run for mayor before, against then-Mayor Sharpe James in the early 1990s. He tells a story about leaving a debate as a young man and feeling vaguely intimidated by the brace of power around James.

Two years after becoming councilman, Sayegh undertook a challenge of then-Mayor Torres and despite running a strong campaign on a theme of transcending racial divides, absorbed a loss so crushing (3,327 votes to the then-Democratic Party-backed Torres’ 8,042 and Jones’ winning 8,650) he faced serious gut-checking about his own future in politics.

But he reanimated himself in part as he observed Jones’ missteps in office.

Torres sources dismiss Sayegh as an irritating presence in the field, unconvinced that he beats even the apparently damaged Jones tomorrow as a sheer consequence of raw numbers benefiting their candidate in a Latino-majority city.

Unlike Baraka, drilling into numerical advantages as a known quantity in a majority African American city, depending on high vote totals in his own African American dominant South Ward, Sayegh, as an Arab –American in a primarily Latino city, must rely on pulling together as many diverse groups as possible to edge his rivals.

Still animated by their own historic efforts in catapulting Pascrell back into office in that brutal 2012 Democratic Primary, Currie and his fellow committee members see themselves as the equalizers behind Sayegh.

More localized than the others, Paterson nonetheless presented Torres with an opportunity to wound the party establishment in victory, and Currie to show force statewide once again if he can land Sayegh the victory.

While Newark’s Jeffries – schooled at the state level more than in the short burst encounters of local politics, as even Booker was when he ran for mayor from the base of his Central Ward seat in 2002 – faced name ID challenges compared to his rival Baraka, Sayegh lacked Jeffries unprecedented air war money but had the ground game background to give Currie and Pascrell confidence in overlaying their program on the candidate’s citywide effort.

As in Paterson, Fulop and Sweeney both paid tribute to statewide party establishment-supported Jackson, whom most sources say will have a hard time avoiding a runoff in the Trenton mayor’s race tomorrow.

Far from Paterson and Trenton and closer to Newark, and in his own re-election contest, Mayor Mark Smith of Bayonne had an enormous monetary advantage over challenger Jimmy Davis, but again –in an ironic twist given O’Donnell’s and his wing of the Democratic Party’s public sector worker protection against Christie pen ben reforms – faced an 11th hour endorsement of Davis by the local teacher’s union.

“If I had money, I could finish Smith,” complained a Davis ally.

In a three-man contest tomorrow with runoff implications if one candidate does not get 50% plus one, Smith and company wanted to close on Tuesday.

They needed to close.

ELEC reports showed both men – in a show of solidarity with Fulop and Codey – all-in with Baraka in Newark.

If Smith came up short Tuesday, would the Christie pen/ben overhaul backing powers of DiVincenzo/Norcross emerge from no-runoff Newark (at least in the mayor’s race) and go for total domination on a new battlefront: Bayonne or, take out the frustrations of a loss in a Davis-backing June wharf front runoff, in the name – irony of ironies, and mirroring in the name of stopping Fulop, Fulop’s own reversal on education for politics’ sake – of the local teachers? 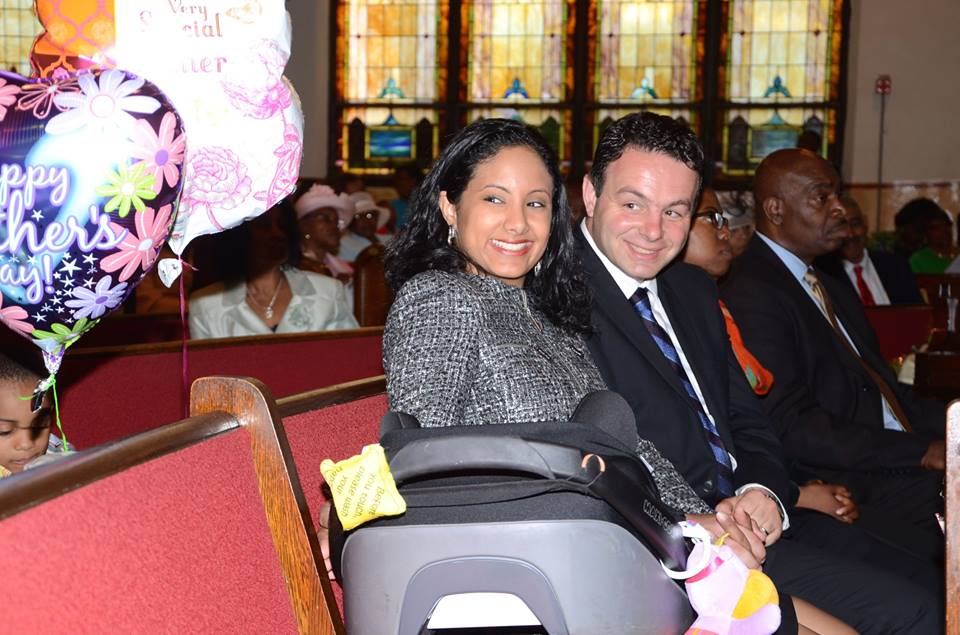