The Green Goblin has been battling Spider-Man since July of 1964, or as he would say, “before it was cool.”

Which only makes sense, because apparently he is a no-good, trust fund baby hipster. Dane DeHaan, who plays the villain in the Amazing Spider-Man 2, told the New York Daily News he based the role on people you would see strolling down Bedford Ave.

“Amazing Spider-Man 2″ star Dane DeHaan, says he based his performance as Harry Osborn — a childhood friend of Spider-Man’s alter ego who becomes the bad guy Green Goblin in the movie opening Friday — on the hipsters and “trust fund babies” he meets in Williamsburg, where the 27-year-old lives.

“I live there (so) I understand this culture,” DeHaan tells the News. “Harry is not based on any real person, but I know people he could be friends with … in Williamsburg.”

Okay, we do know Brooklyn-ites are all about going green, so that makes sense. And pumpkin bombs? Pumpkin is great for you. Be on the lookout for the Green Gobblin’ Vegan Pizza with pumpkin and kale toppings at Franny’s.

But that glider? There’s no way that is environmentally friendly. Maybe he rides it ironically. 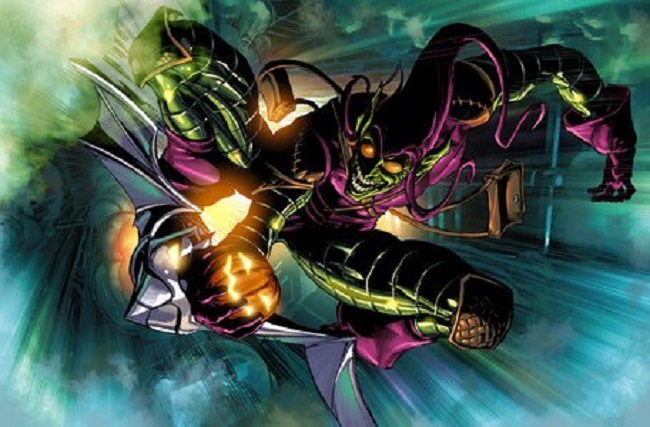