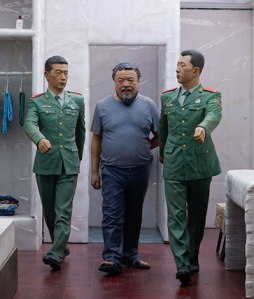 In 2011, Chinese artist and political whistleblower Ai Weiwei spent 81 days in jail for accusing his homeland’s government of neglecting the traumas of rural residents during 2008’s catastrophic earthquake in the Sichuan region. That same year, ArtReview magazine named Mr. Ai the most powerful person in the art world.

Art enthusiasts, corruption opponents and citizens of the world living above ground heard all about Mr. Ai’s unlawful imprisonment back in 2012 when Alison Klayman released her documentary, Ai Weiwei: Never Sorry. Since the run of that critically acclaimed film, Mr. Ai’s push against political corruption and the protection of free speech has been heard globally. Ever since the artist was released from custody, the Chinese government has been holding his passport.

Ai Weiwei: The Fake Case, a new documentary directed by Andreas Johnson that coincides with Mr. Ai’s career retrospective at the Brooklyn Museum, picks up where Ms. Klayman’s documentary left off—life after prison. On Wednesday evening, Ira Goldberg, the executive director of the Art Students League of New York, introduced the film at the IFC Center in Greenwich Village. “He truly believes that art has the power to transform,” Mr. Goldberg said of Mr. Ai.

The Fake Case mostly involves Mr. Ai sleeping, eating, playing with his son, obsessively photographing everything with his iPhone and denying interviews due to the terms of his probation. In fact, because he’s restricted from speaking to the press, Mr. Ai offers to let one journalist in on a peculiar loophole—filming him in the shower. If the film lacks a narrative arc, it at least benefits from Mr. Johnson’s rare access, which was granted to the director after Mr. Ai was paroled in 2011.

Along with the day-in-the-life narrative and scenic shots of China, Mr. Johnson documents the conception and creation of Mr. Ai’s newest work. S.A.C.R.E.D.—supper, accusers, cleansing, ritual, entropy and doubt—is comprised of six different miniature tableaux depicting Mr. Ai’s isolation while under constant surveillance. The work, which debuted during the Venice Biennale in 2013, is now view at the Brooklyn Museum.

Mr. Johnson’s documentary is a tad redundant after Ms. Klayman’s 2012 film exposed the world to the heinous treatment the Chinese artist experienced from his home country’s tyrannical government. Mr. Johnson’s film is more about the enforced leisure of confinement. The credits, for instance, roll on top of the image of Mr. Ai lathering his mama-bear physique in the shower. 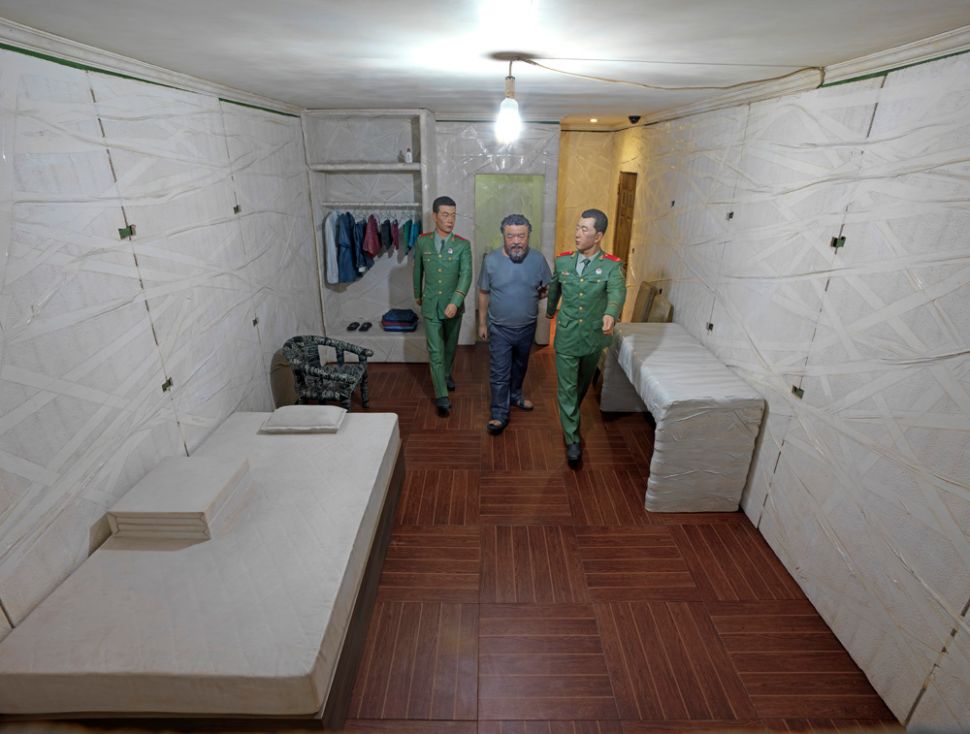