Mayor Bill de Blasio wants to put the “bill” back in “billboard.”

Hizzoner has found a creative way to increase the city’s revenue without angering its residents. According to the New York Post, the city is finally looking into collecting a 6 percent commercial rent tax from billboard advertisers.

Mayor Bloomberg’s administration discovered the companies were failing to pay up last year during an audit. Once the 22 audited firms pay up, the city stands to gain at least $18 million, according to the paper.

The Times Square advertisers are thrilled. “The tax has been around for nearly 50 years — it has never been applied to ­advertising,” George Lence, a lobbyist for the Times Square Advertising Coalition, told the Post.

Members of the coalition assert that there are no back taxes owed, and the city only recently applied this law to them. The Finance Department Commissioner, Jacques Jiha, insists that the Times Square advertisers intentionally evaded this tax all along.

Either way, there are 18 million reasons this fight won’t be going away anytime soon. 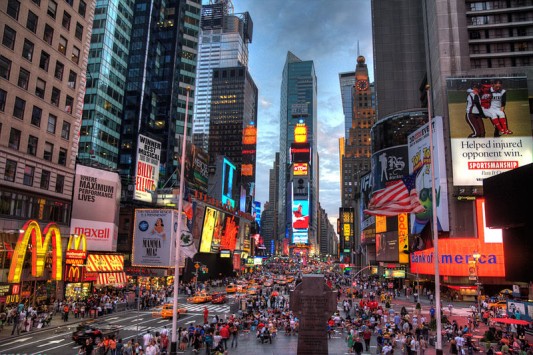