Apparently beards are the new state-issued form of identification.

On May 27, a suave crook walked out of a SoHo shop with over $2,000 dollars in polos, sneakers, shorts and button-downs, alleging the designer goods were for his client.

The bearded fashionista, who told Carven’s staff he was Jared Leto’s stylist, similarly robbed Marni and Acme’s downtown boutiques earlier this spring, according to the New York Post.

Because of his supposed ties to the similarly scruffy Academy Award Winning actor, the crook was not subjected to Carven’s identification procedures.

“We got swindled…[the thief] was very convincing, charming and friendly,” a Carven employee told the Post.

One of the shop’s employees was convinced the criminal’s supposed connection to Mr. Leto, arguing: “He looked hip… he had a scruffy beard.”

Staffers at Acme and Marni did ask for ID, but he escaped from the clutches of the fashion police with thousands of dollars of the designers’ merchandise anyway.

Looking back, the Carven worker second-guessed the transaction. “I would have been suspicious… he was asking for things bigger than Jared Leto,” the smarty pants said. Clearly, Mr. Leto, famous for his emaciated frame and superior cheekbones in his role as a transvestite prostitute in Dallas Buyers Club “would be a size small.” 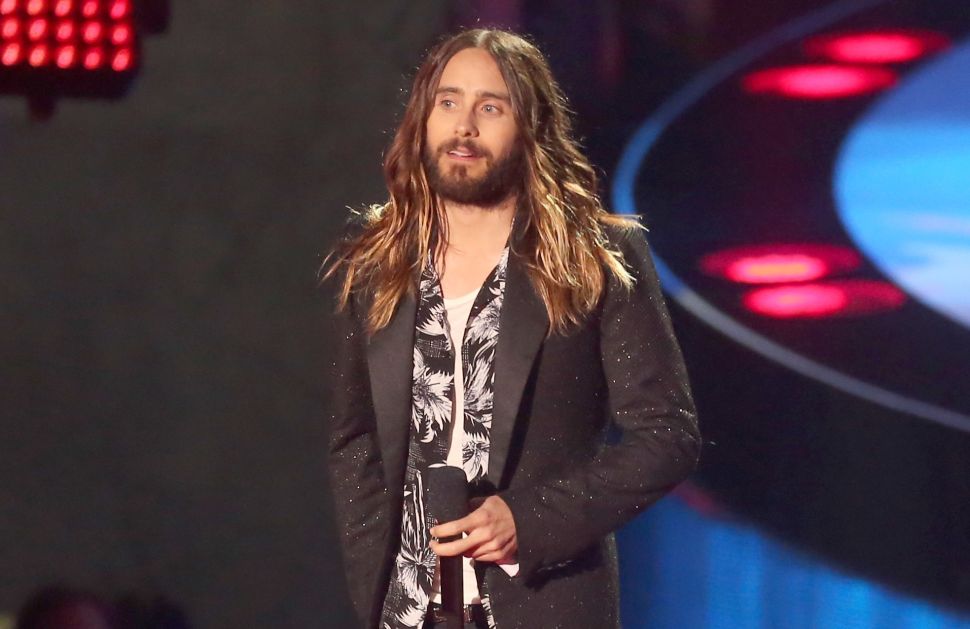