In 2013, I bumped into mega best-selling author Tim Ferriss at a hotel in Amsterdam. I’ve known Tim — who sometimes writes for Betabeat sister site New York Observer, as well as being an occasional subject 0f their fascination —  and worked with on several occasions. We were both speaking at the same conference. But I was there for another reason: a few days later I would be heading to Rome to put the final touches on my book about stoicism, The Obstacle Is The Way. I showed Tim the book, as a friend. He read it that night and approached me the next day: He was starting an audiobook publishing venture and would I want to be one of the first authors to participate. Of course, my answer was YES, YES, YES.

This was an ideal collaboration because not only did Tim give excellent notes on the book that helped improve it, but his massive distribution network helps put the book in front of lots of new people. As his May selection (the fourth so far) for the Tim Ferriss Book Club, The Obstacle Is The Way will get all sorts of new readers I could have never expected otherwise.

It was a surprisingly simple process. I got set up with a studio here in Austin — actually a man’s house just about 15 minutes from where I live. I recorded it in three sessions and just a few weeks later it was up for download on Audible.com, iTunes and other sites. His post immediately drove it to the top of multiple Amazon bestseller lists (more stats to come in a later post).

It’s all very fitting because Tim and I first connected over our love of Seneca back in 2007. Tim was the one who prompted me to write this post on stoicism for his blog in 2009, which resulted in my first inquiry from a book publisher. It was then that I realized I might be able to actually pursue this all as a career. And now here we are publishing a book together. Even crazier, the book I wrote apparently helped him with a recent string of difficult circumstances (though I might add, I’d already tested it with some unpleasant occurrences in my own life).

More to come on this Tim Ferriss publishing experiment as the numbers come in. 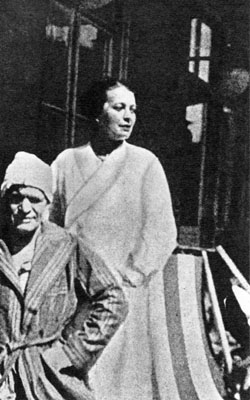