Stop watching Beaches, The Way We Were or whatever people watch when they break up. (Is there a movie yet about vampires breaking up? Definitely stop watching that.) Start watching Eugene Onegin, which features one of the best break-up stories of all time. The Cherry Orchard Festival’s production of the Russian classic opens to the public from May 30 to June 1, but we’ll be there two days early at the press review just to shout, “Why don’t you love me!?” at every single member of the cast. New York City Center rehearsal studio, 130 W. 56th Street, 212-581-1212, 8 p.m., cherryorchardfestival.org, invite only

Have you ever wondered what New York would be like if the entire publishing industry disappeared? Of course not. Who would imagine such a thing? And why? Such a silly thought. Wait, look: It happened! They’re all GONE! Or rather, they’re all at the Javits Center, which is pretty much the same thing as being banished to an uninhabited planet at the fringes of outer space. You can join them there, if you’re so inclined, at the annual BookExpo America, where this afternoon Billy Idol will be autographing Chapbook: Dancing With Myself at the Simon & Schuster Booth. BookExpo America, Javits Center, 655 W. 34th Street, In-Booth Autographing with Billy Idol, 12:30 pm, for pricing go to bookexpoamerica.com/Show-Info/FAQs/

We’ve always thought the funniest song ever written was that one about leaving the cake out in the rain (I don’t think that I can take it / ‘cause it took so long to bake it / And I’ll never have that recipe again), but apparently there are people who make up funny songs on purpose. At tonight’s third annual NY Funny Songs Fest, check out performers like Jim Melloan, DEVO Spice and Katie Haller. You may never have such a delicious treat again.  Botanic Lab, 86 Orchard Street, 212-777-2600, 6 p.m., $10 in advance, $12 at the door

The title “New Taste of The Upper West Side” always leaves us wondering what the old taste of the Upper West Side was. Bagels peppered with artistic pretensions? The new taste is presented at Best of the West by the likes of Jean-Georges Vongerichten of Jean-Georges and Jacque Torres of Jacque Torres, and will end with a tribute to Daniel Boulud of Daniel and various Boulouds. This is why Woody Allen makes movies in England now. Under Our Tent, Columbus Avenue between 76th and 77th Streets, 6 p.m. (VIP) 7 p.m. (general admission), newtasteuws.com, $225 VIP, $135 general admission

Do you dream of fleeing the city for upstate, but also never, ever want to deal with the hassle of leaving the city? The Smorgas chef duo Morten Sohlberg and Min Ye are tackling Catskill cuisine with Blenheim, their new, West Village farm-to-table restaurant. You can look forward to a seasonal menu featuring delicacies such as pigs’ heads with fermented rice, and wood pigeon with boiled peanuts and soured berries. And if you hate being around New Yorkers who will remind you you’re still in Manhattan, there’s a private dining room for ten referred to as the “tool shed.” Blenheim, 283 W. 12th Street, 212-243-7073

The Giving Tree didn’t give enough. That’s because it was lazy and ungenerous. Tonight, you can step up where it left off at the annual  Nature Conservancy Gala, where visitors will be greeted at the door by a Calypso steel band, which, truthfully, is not the sort of thing you typically see outside of Cipriani. Then come in and hear remarks from Dan Harris of ABC News. Don’t forget to wear something floral, and bring something green: money. Cipriani 42nd Street, 110 E. 42nd Street, 212-557-5088, 6 p.m. reception, 7 p.m. dinner, cipriani.com, invite only

When we were a little girl, we dreamt of growing up and running a dinosaur theme park. We hear other people dreamt of being ballerinas. Our dream came true! (It’s a secret, but we’re announcing it here, now.) And so apparently did the ballerina dream, at least for the performers at The School of American Ballet, at whose benefit tonight you can watch dancers like Ashley Bouder, Tyler Angle and Sara Mearns pirouette the night away, and see social types like Jill Kargman, Fe Fendi, and us! You will know us because we will be the one riding an Apatosaurus. Peter J. Sharp Theater at Lincoln Center, 155 W. 65th Street, 212-769-6610, 5:30 p.m., lc.lincolncenter.org, $100-$40,000

We’re still suspicious of plastic corks, so when we heard that people are now drinking wine out of cans, we immediately replied, “That was grape soda.” We thought they were confused, but apparently it was us: Wine out of cans is a real thing that is happening, and, who knows, maybe it’s the future. This evening the Oregon Union Wine Company is hosting a party to celebrate the official retail launch of their wine in a can. We’re going to this. We’re excited, so excited, so… scared. Will Leather Goods, 29 Prince Street, 6 p.m., unionwinecompany.com, invite only 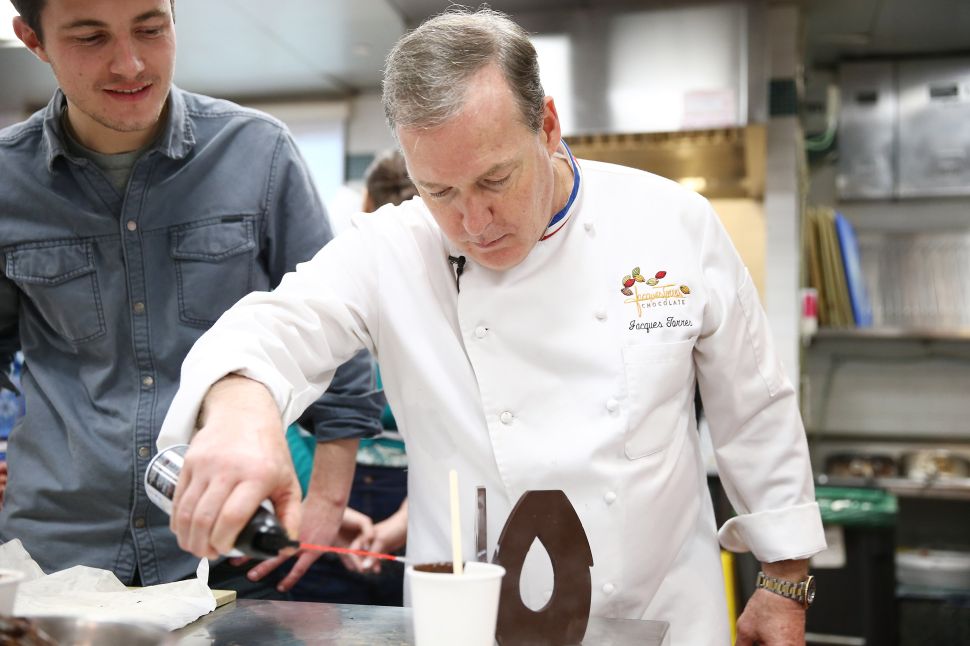