PATERSON – The dome of Governor’s Press Secretary Michael Drewniak shone down on this northern political battlezone, where eight candidates struggle to be the next mayor, and where the mid-afternoon street edge goes to former Mayor Jose “Joey” Torres.

Torres continues to project the biggest presence in this Silk City showdown, even here in a 6th Ward Dunkin Donuts where sign-shakers and Torres horn-honkers cooled off with drinks while languidly watching the News 12 broadcast of Drewniak’s testimony before the Joint Legislative Committee on Investigations examining Bridgegate.

Although Torres won Ward 6 in 2010, the forces of Council President Andre Sayegh want to control the 6th this time.

This is Sayegh’s home ward.

In full-on challenge mode, Torres backers this afternoon lined Main Street deep in the 6th with hodrods, SUVs and sedans plastered over with campaign signs.

A salsa mood abided in the Arab environs. 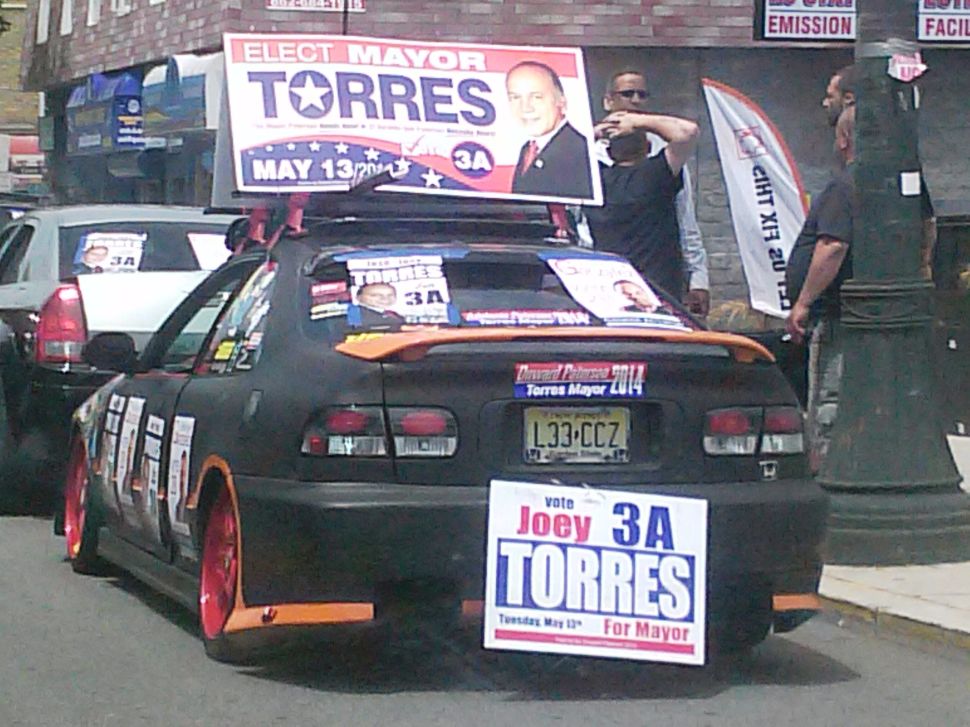