Welcome to tvDownload: the Observer’s new channel devoted to that ever-shifting changeling we call television.

Consider tvDownload the Rosetta Stone of all things streaming into your eyeballs: whether you are just starting out on The Sopranos‘ box set or have your own login at TVTropes, there’s something for everyone. We won’t be exhaustively chronicling everything that goes on in front or behind the scenes of this post-serialized media landscape*, but we will be bringing you thoughtful analysis and contextual criticism of your favorite programs on a regular basis, with a healthy dose of geekdom.

tvDownload was born out of the idea that nowadays it’s not enough to watch television…you’ve got to be fluent in it. Some might say we’re living in the Golden Egg of television. No? It was worth a shot. Really, we have become a culture of Veruca Salts–I want HBOGO to let me stream the True Detective finale now, daddy!, and it’s made entertainment less…well, entertaining. Remember when Sunday nights were a period of relaxation and reflection, instead of a stress headache sprint of social media engagements and live-blogging? I don’t!

Look, I could throw a bunch of buzzwords at you right now–“binge-watching” or “streaming content” or “Valar Morghulis”–but sometimes it’s easier just to look at listicles of viral videos or read some Scandal fan fiction. We get it. Don’t worry, we’re here to give you the best of both worlds. Even if you don’t own a television.

Welcome to tvDownload. We’re glad you’re turning us on.

*Mainly because I just made that term up. 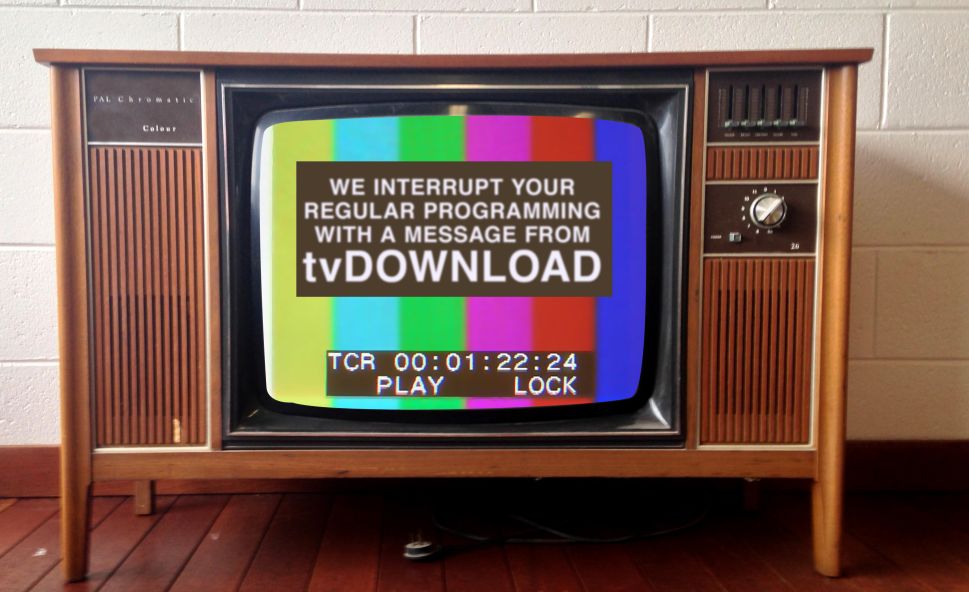