-New Saturday Night Live writer Leslie Jones touched off a firestorm on the Internet after her premiere on Weekend Update where she made jokes about slavery, putting SNL back in the uncomfortable spotlight of race-related backlash.
[hulu id=kdi4ju8ov_v-o5d_hjh1uq width=512]

Where is the rape idiots. I said nothing about rape you fucking morons. I was talking about being match to another strong brother.

And it saddens me that BLACK PEOPLE bitch and moan about the most stupid shit. I’m a comic it is my job to take things and make them funny

to make you think. Especially the painful things. Why are y’all so mad. This joke was written from the pain that one night I realized that — Leslie Jones (@Lesdoggg) May 4, 2014

black men don’t really fuck with me and why am I single. And that in slave days I would have always had a man cause of breeding. If anybody — Leslie Jones (@Lesdoggg) May 4, 2014

really is. Very sad I have to defend myself to black people. Now I’m betting if Chris Rock or Dave Chappelje did that joke or…

What do you think? Was Ms. Jones’ material offensive?

–HBO is bringing back Lisa Kudrow’s 2005 series The Comeback. Oh, happy days. That show is amazing, created and produced by SATC scribe Michael Patrick King. Watch the first episode of the original series:

—Orange is the New Black has been renewed by Netflix for a third season before its second season premiere, lending credibility to my theory that the company bases all their programming on the visions of precogs kept alive somewhere deep in their headquarters.

-Adam K. Raymond’s behemoth dissection of The Big Bang Theory‘s popularity in New York Magazine totally makes up for every other publication’s total lack of interest in covering the most popular show since Friends. 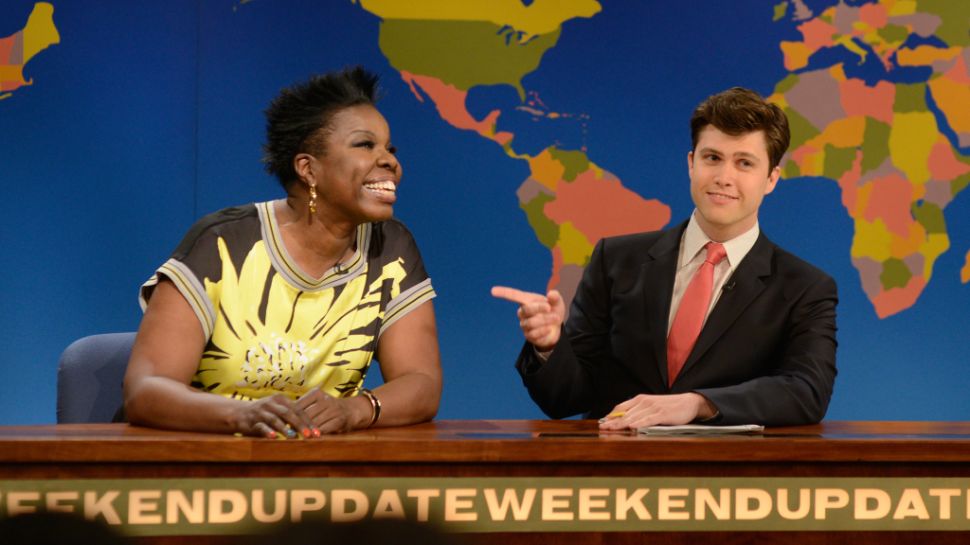