Would you like that sandwich on wheat or tighty-whities?

On Monday, a 30-year-old man clad only in his undies hijacked a Grimaldi’s bread truck on Manhattan’s Upper East Side, according to the New York Post. But instead of scrapping the $60,000 whip for parts, the man continued the truck’s scheduled drop-off route for a few (boxer) brief stops.

David Bastar, the alleged underwear bread bandit, hopped in the van around 3 a.m. near Second Avenue and 99th Street. From there, Mr. Bastar followed instructions left on the van’s front seat, making deliveries to at least three bakeries and restaurants, according to the NYPD.

“When I heard he actually made a few deliveries, I laughed out loud,” said a real Grimaldi’s truck driver. “I guess he really wants to be a truck driver!”

After proving to be an exemplary delivery man, Mr. Bastar turned into a real fruit of the looney bin, speeding down Lexington Avenue, tossing loaves of bread out the windows.

But after his bread-tossing rampage, Mr. Bastar started to regain focus. He began tailing Armondo Sigcha, a limo driver. “I thought I had to follow him to make deliveries,” Mr. Bastar later told the police. Seems logical.

“He was tailing me very, very closely,” Mr. Sigcha told the New York Post. “When I’m speeding up, he’s speeding up. When I slow down, he slows down.”

Mr.  reported the reckless stalker to the police, and Mr. Bastar was later pulled over by rookie cop, Jason Rando, near La Guardia’s Central Terminal.

Upon seeing a nearly naked driver behind the wheel, it was clear to Officer Rando that Mr. Bastar was mentally unstable. According to police sources, Mr. Rando called for an ambulance to take Mr. Bastar to Elmhurst Hospital’s psychiatric ward.

On Tuesday evening, Mr. Bastar was charged with possession of a stolen vehicle at Queen’s Criminal Court. The grown man was then released to the care of his parents.

After all that drama, hopefully his mother had a fresh pair waiting for him. 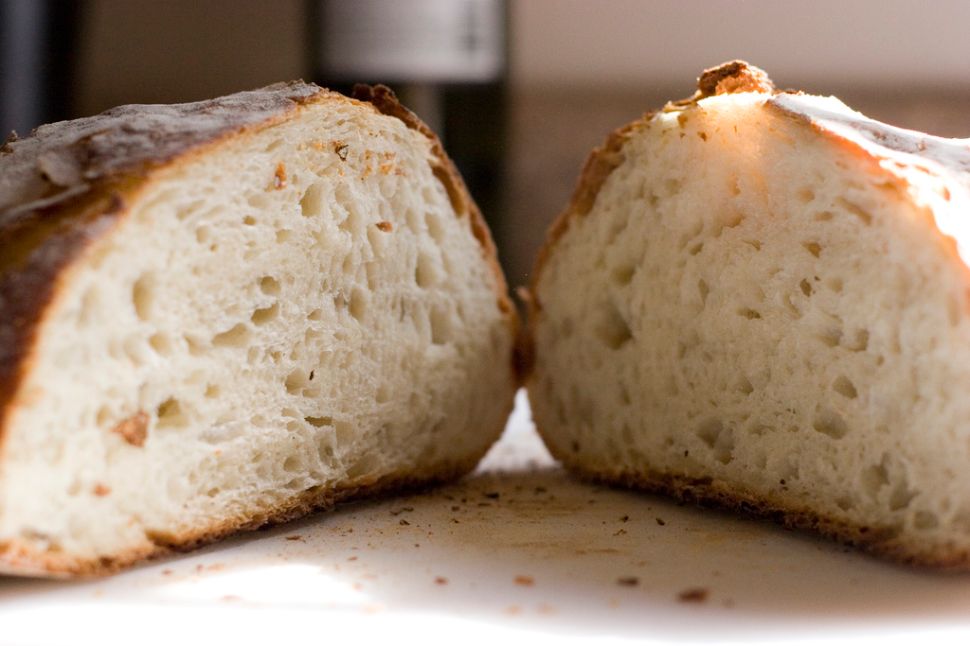