Hotel doormen have been hailing black cabs, livery cars and gypsy cabs in order to turn their own profits on airport trips, The New York Post reports, much to medallions’ chagrin.

“They will talk the customer into taking a black car,” yellow cab driver, Bakari Lackre, 33, told the Post. In exchange for directing a tourist to a black car, the doormen usually demand $5 or $10 for fares going to La Guardia, JFK and Newark Airports.

“The driver will give the doorman the money in a handshake or when they put the luggage in the trunk,” explained Mr. Lackre. One doorman allegedly told a driver in a hotel lobby, “Have your $10 ready. Ten. Not two,” reported the Post.

Unfortunately the tourists are the ones who are really paying, as livery cars can charge them much more compared to yellow cabs, who have a set airport price. Additionally, only yellow cabs can be legally hailed.

“It’s extortion,”  David Pollack of the Committee for Taxi Safety told the Post. “It’s an insult to the industry. It’s unfair to our drivers.” 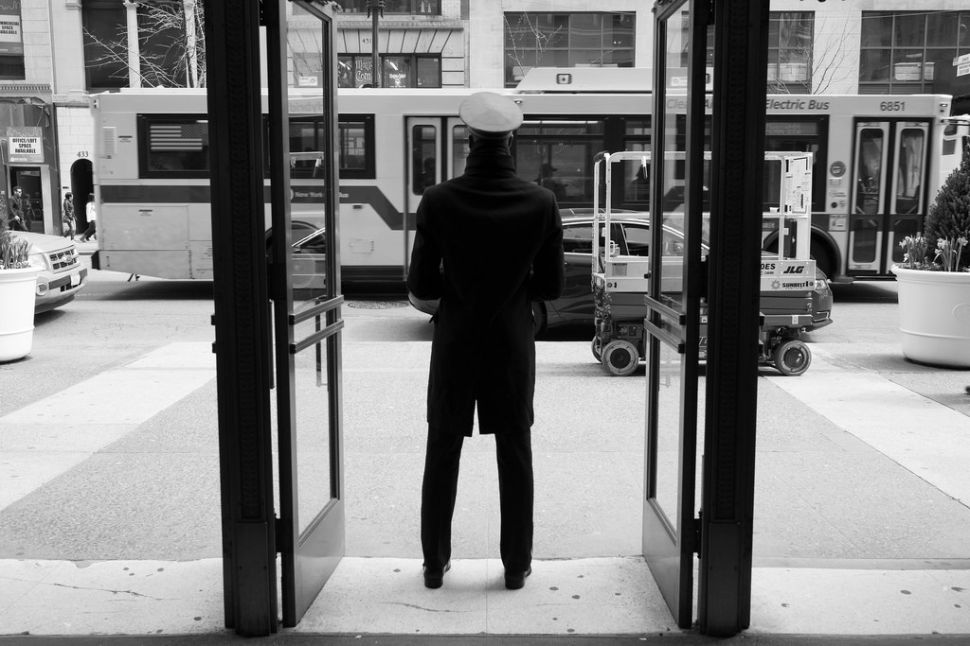