Guys? Shoulders relaxed? Are we all keeping hydrated? Focused? Alert? Good, because we are still plowing through this pile of upfronts that we feel we’ve been looking at for months now–oh that’s because we have–and we’re ready to jump back in.

Jimmy Kimmel mocked Juan Pablo Galavais and Gotham during the ABC upfronts yesterday, in what pretty much boils down to a networks roast. There are some truly excellent parts of the speech, which makes us wonder if we should be paying more attention to Jimmy Kimmel:

“Being a president of television network is hard, there’s no question about that. But somehow [ABC topper] Paul Lee makes it look even harder. You heard Paul say it, we’re No. 1. We’re No. 1? Look, I don’t know what this No. 1 brand bullshit is, I don’t know what kind of 17 mile long … collider they spun that one in, but the ABC I work at is not No. 1. In fact, we might need to crash on your couch for a while.
“I was on The View this morning. Either I was on the View or I had a very vivid dream that all my aunts were mad at me. Anyway, I was there to say goodbye to Barbara Walters, who is stepping down this week — very carefully — and I thought this was interesting. She’s leaving because she wants to spend more time fighting her friends in real life.

We made history at ABC here with Juan Pablo Galavais, our first non-white bachelor. Everyone hated him, so we’re never doing that again.

“We have so many exciting new shows. Most of our shows are either about superheroes or fairy tales. You know we may be a terrible network but we are a great birthday party for a 6-year-old.

“For first time in a long time CBS did not have a good year. Just to give you a sense of how disastrously things went for CBS, they almost didn’t beat us this year. But they are sticking to what they do best. They are adding another CSI called Cyber. I guess there is still an audience for this. I just don’t know. People who watch CBS are like Sasquatch; I’ve heard reports that they exist, but I’ve never actually seen one.

How To Get Away With Murder – Drama
Produced by ABC Studios. From writer/executive producer Peter Nowalk, executive producer Shonda Rhimes and Betsy Beers, and director Michael Offer.
[youtube http://www.youtube.com/watch?v=dbSl-SPyHtg]

I am just very happy to see Ryan Philippe getting work again! 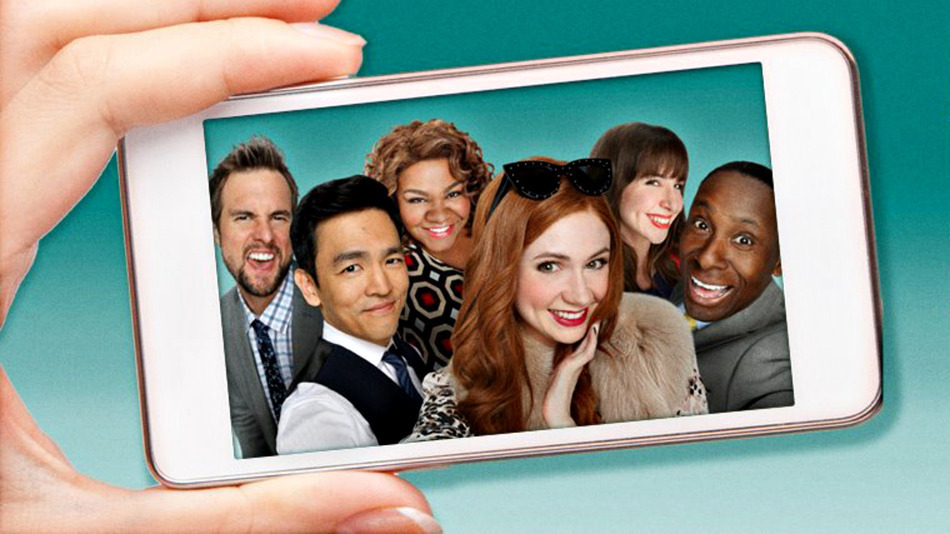 Filed Under: TV, Manhattan Love Story, Forever, Galavant, Secrets and Lies, Fresh Off the Boat, American Crime, Blackish, Upfronts, How to Get Away With Murder, selfie, Jimmy Kimmel, ABC, TV