This week’s deal: GGV Capital, a V.C. firm that focuses on tech companies in the U.S. and China, has raised their fifth fund at $620 million.

The Chinese tech world is like a parallel universe — the Chinese have their own social networks, ecommerce platforms, gaming empires and mobile chat clients. But GGV Capital has had a hand in both worlds for over 10 years, and now that the two markets are colliding, they stand poised as a major power broker between the Chinese and American tech worlds.

The new fund was announced shortly after Alibaba — a gargantuan mashup between Amazon, eBay and a dozen other services — filed for an IPO that could be higher than Facebook’s $16 billion, or even Visa’s record of highest IPO ever at $17.9 billion. This company was one of GGV’s earliest Chinese investments.

On this side of the Pacific, the firm has invested in tech companies that quickly became prime contenders in their field, like Square, Flipboard and Pandora. With GGV’s proven track record in both China and the U.S., it’s clear their next investments will be telling signs of what’s to come as Chinese tech giants enter the American market.

Of the 12 companies from China that have completed IPOs since Q3 2011 at valuations of over $1 billion, GGV Capital had significant investments in a third. Those companies are:

These companies are household names in China, but still mostly unknown in the West. This complete disconnect is part of why American VCs are hesitant to dip their toes into the Chinese market, where it takes cultural and legal savvy to thrive as an investor.

“You can count on your hand the number of US technology companies that have been successful,” GGV Managing Partner Jeff Richards told Betabeat. “It’s a hard place for the US to do business if you don’t have local knowledge.”

But Chinese investors aren’t nearly as skittish about making their way westward. Mr. Richards has started to notice that American firms who want more global reach are talking about partnerships with Alibaba and Tencent — co-investing, but letting the Chinese lead the way.

And even when the Chinese aren’t directly leading business decisions, American tech companies that are trying to build viable tech companies are starting to look at China for cues.

Publicly traded American gaming company Zynga, for example, basically copied Chinese social platform Tencent’s business model, Mr. Richards said. And Snapchat founder Evan Spiegel has repeatedly batted his eyelashes at Tencent, saying that he sees the Chinese social networking company as a model for monetization. Tencent is even rumored to have been a covert investor in Snapchat, if TechCrunch’s sources are to be believed.

That business influence — combined with the new popularity of Chinese apps like WeChat — are signs of a gradual creep of Chinese consumer-facing tech companies into the Western mainstream.

“Ten years from now, Tencent and Alibaba will be household names in the US,” Mr. Richards said. “Every day, people will be talking about Facebook, Alibaba, Tencent, and Xiaomi.”

So what will GGV Capital be doing to get us from now to then? The firm has been focusing on mobile devices as the big innovation space for the past few years, but now they’re also looking at younger, less mature markets where clear leaders haven’t yet emerged.

There’s no definitive frontrunner in the Internet of Things yet, so GGV is getting ready to choose its champion in that space.

“We believe in the notion of wearables and connected devices,” Mr. Richards said. “Everything will be connected, so we’re spending some time on studying that category.”

And with this injection of $620 million, GGV could anoint the new leaders in emerging industries — at home and abroad. 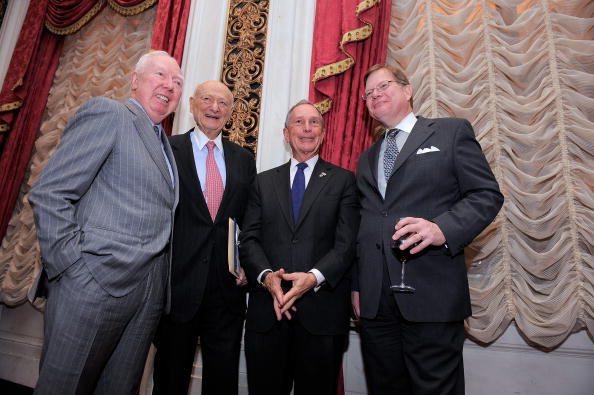