1. WHAT is going with Sansa’s crazy-ass aunt, Lady Lysa Arryn?

Oh man, so much! To refresh your memory–there was a lot going on in the Vale this week–Lysa is Sansa Stark’s aunt, Catelyn’s sister. She showed up first season after sending a letter to her older sis about the murder of her husband Jon Arryn, the King’s Hand. She pointed her finger at the Lannisters for the poisoning, which all fell into place after Ned realized that Arryn had caught on to the Jaime/Cersei twinsex and the whole “bastard children of incest inheriting the throne” deal.

When Catelyn came bearing Tyrion as a prisoner to the Eyrie–the family castle, which is basically the Space Needle with a hole cut in the floor–Lysa accused him of the murder. (He gets that a lot, apparently.) The last time we saw Lysa, she was busy breast-feeding her emo tweenage son, Robin, which, honestly? At this point? It isn’t even in the top five most sexually inappropriate moments on the show. Even though she was forced to let Tyrion go, Lysa’s note was the instigation for the eventual war between the Lannisters and the North. Except now we find out Lysa had killed her husband herself, on the behest of Petyr Baelish (Littlefinger if you’re nasty), who is turning out to be the puppet-master of this entire debacle. Meaning that Lysa is also responsible for the deaths of most of her own family, both the Tullys and the Starks, and the whole Red Wedding thing. Seriously, this bitch is cray.

You have to feel for Sansa, who almost got to relax for half a second with her lemon cakes before her aunt went all Lifetime Originals on her. See, Lysa loves Littlefinger, but Littlefinger was always in love with Catelyn. After he lost a duel for her hand in marriage to Ned’s brother, he went off to run his brothels and get tight with the Lannisters and bide his time for revenge. After the Red Wedding, he was sent by Tywin to marry Lysa so that the Tullys’ swamp-moat, Riverrun, would pledge to the Iron Throne.

But since Lysa lives in an impenetrable tower of crazy, she’s more than willing to believe Baelish’s lies. She’s got the whole pop-up wedding thing going before the guy can even say “prenup.” And you get the sense that a part of her really does feel maternal toward Sansa, whom she plans on marrying to her son. She’s just got a funny way of showing it…like having super-loud sex with her new husband and then accusing her niece of being his whore.

Luckily…ish, Sansa’s so traumatized by the last couple months of her life that she reacts instinctively to Auntie Crazy Eyes and starts in on the self-flagellation to prove her virginity. “All he does is talk about how much he loves you, Aunt Lysa! He says I’m a stupid little girl, I’m a stupid girl who never learns! And I’m a terrible liar!”

See what she did there? Sansa is lying (better than usual, actually), but she’s sprinkled in granules of truth…Littlefinger always told Sansa she’s a terrible liar, so she’s able to sell the first part to her insane aunt/future mother-in-law. (God, the relationships on this show.) Good for Sansa…that girl could use a day off.

2. What’s with Cersei’s submissive and solicitous attitude toward everyone all of a sudden? She offers her remaining son to Margaery on a platter, eats humble pie in front of her dad, and gets all misty-eyed around Oberyn, a sworn enemy.

It’s easy to feel bad for Cersei this season, especially after the whole “consensual” rape thing two episodes ago, not to mention the death of her beloved Joffrey. But don’t sell Cersei short: that lady is always scheming. It’s just that she’s got a different objective now…to see that her brother Tyrion and Sansa are tried and executed for Joffrey’s murder. The three people she talks to in this episode all have the ability to condemn Tyrion, and like Sansa, Cersei’s wised up to the fact that she’s basically powerless at this point–not only won’t she be queen, she’s going to be her own son’s sister-in-law when she’s forced to marry Loras Tyrell–and to ensure that Tyrion is found guilty, she’s going to need everyone on her side during the trial. For the first time, we see her demure and respectful around her father, but it’s not out of grace…he’s one of the judges, and she knows that the only way to play him is to appeal to his obsession with continuing the Lannister legacy: “What does Tyrion deserve for lighting that future on fire?”

She appeals to Margaery by playing to her vanity and ambition, offering her Tommen’s hand in marriage because Margaery’s father, Mace, is the second judge in Tyrion’s trial. One murder conviction for a queenship—that’s a pretty good deal.

Even when she’s ostensibly talking about her daughter’s safety with Oberyn, she’s really dropping hints…after all, he’s the third judge. When she asks, “What good is power if you can’t protect the ones you love?” she’s not just talking about her Myrcella living in Dorne. She’s equating Tyrion murdering Joffrey with the Mountain raping and killing Oberyn’s sister,Elia.

3. Two different characters refer to Braavos in this episode. The Lannisters owe lots of money to the Iron Bank of Braavos, and Arya was taught to fight by the first sword of Braavos. What is Braavos? What makes the bank so special, and what is a “first sword”?

Braavos is a city-state on the continent of Essos, on the other side of the Narrow Sea. It is the northernmost of the nine “free cities,” and the only one that was not once part of the Valyrian Empire. It was founded by escaped slaves, and so is very ethnically and religiously diverse, and in the wake of the destruction of Valyria, it emerged as an economic powerhouse.

The seat of this power is the Iron Bank, the largest and most powerful financial institution in the known world. It is the main supporter of the economies of both Essos and Westeros. And the Iron Throne is in debt to the tune of millions of gold dragons to the Iron Bank. Wars, after all, are very expensive.

Tywin is right to be concerned about this: just like the Lannisters have a reputation for always paying their debts, the Iron Bank has a reputation for always getting paid back. It’s motto is “The Iron Bank will have its due.” As Tyrion once remarked, if the Bank thinks that a country is going to renege on its obligations, it will fund armies for that country’s enemies. One way or another, the Bank will be paid. This is the situation that Ser Davos is hoping to take advantage of: if he can convince the Iron Bank that the Lannisters are not good for the money, maybe they will fund Stannis’s anti-Lannister war effort.

The political head of Braavos is called the Sealord (Braavos is located on a series of islands in a lagoon, similar to Venice), and his chief guard and protector, similar to the Lord Commander of the Kingsguard in Westeros, is known as the first sword. He is always renowned as one of the greatest swordsmen in the world.

When he realized that Arya had a fighter’s spirit, Ned Stark hired a former first sword of Braavos, Syrio Forel, to serve as her fighting coach, under the pretense of giving her dancing lessons. Arya was in the middle of a lesson when the Kingsguard arrested Ned and went to capture the Stark daughters. Under the leadership of Meryn Trant, the soldiers try to take Arya, but Syrio, armed only with a wooden practice sword, disarms them, giving Arya time to escape. Syrio’s fate is not seen, but presumably Meryn Trant killed him.

This is not the only time Arya is saved by a Braavosi: Jaqen H’ghar, the assassin who kills for Arya at Harrenhal, is a member of the Faceless Men, a band of killers based in Braavos. Arya has mentioned more than once that she wants to go to Braavos, where she has friends. 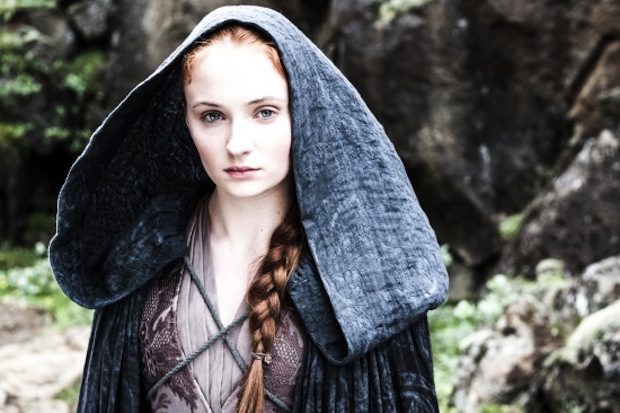