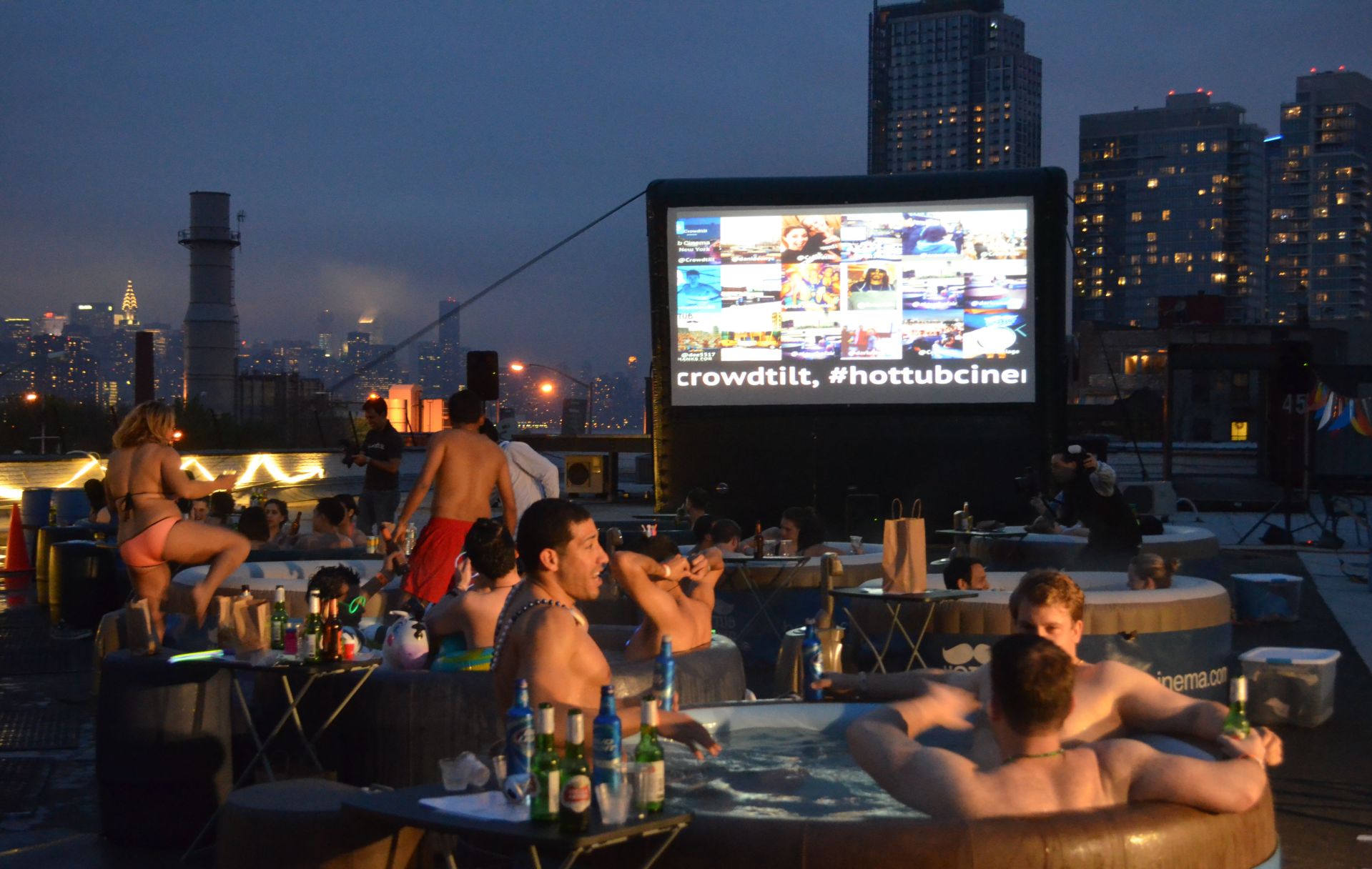 Hot Tub Cinema's first event in America in, you guessed it, Brooklyn. 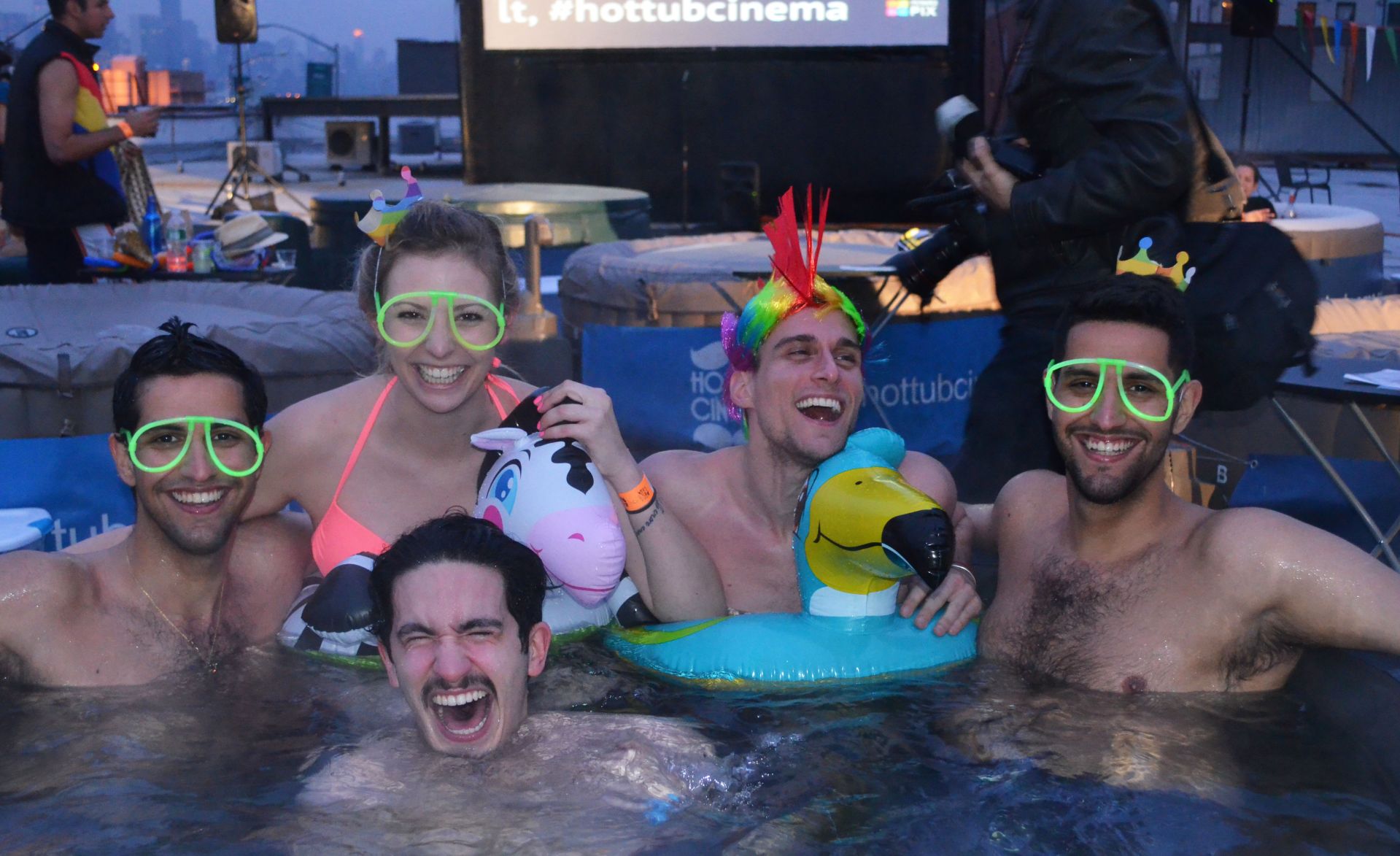 Good friends, an open bar, and a lot of pool floaties..? (Mimmi Montgomery). 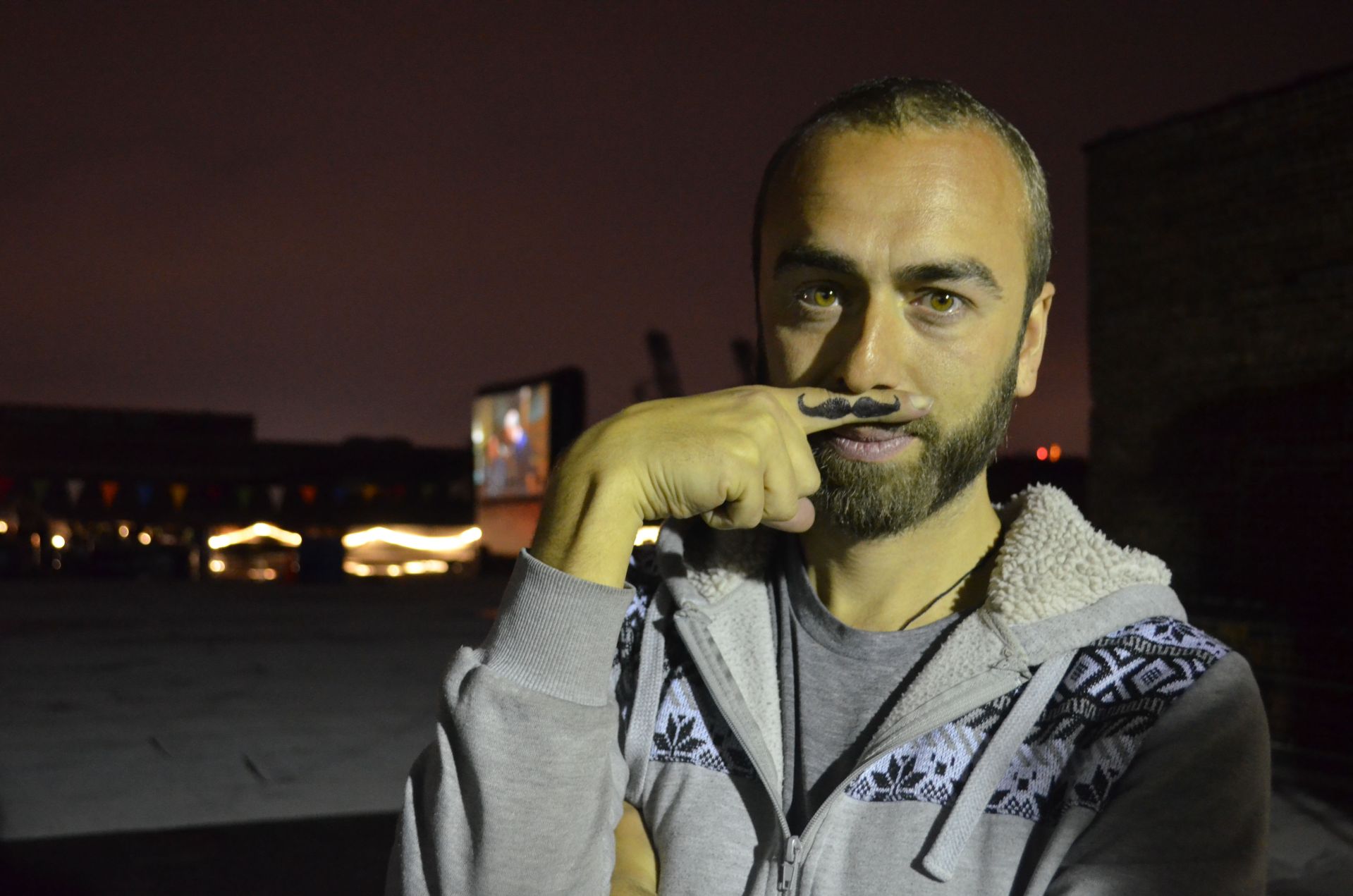 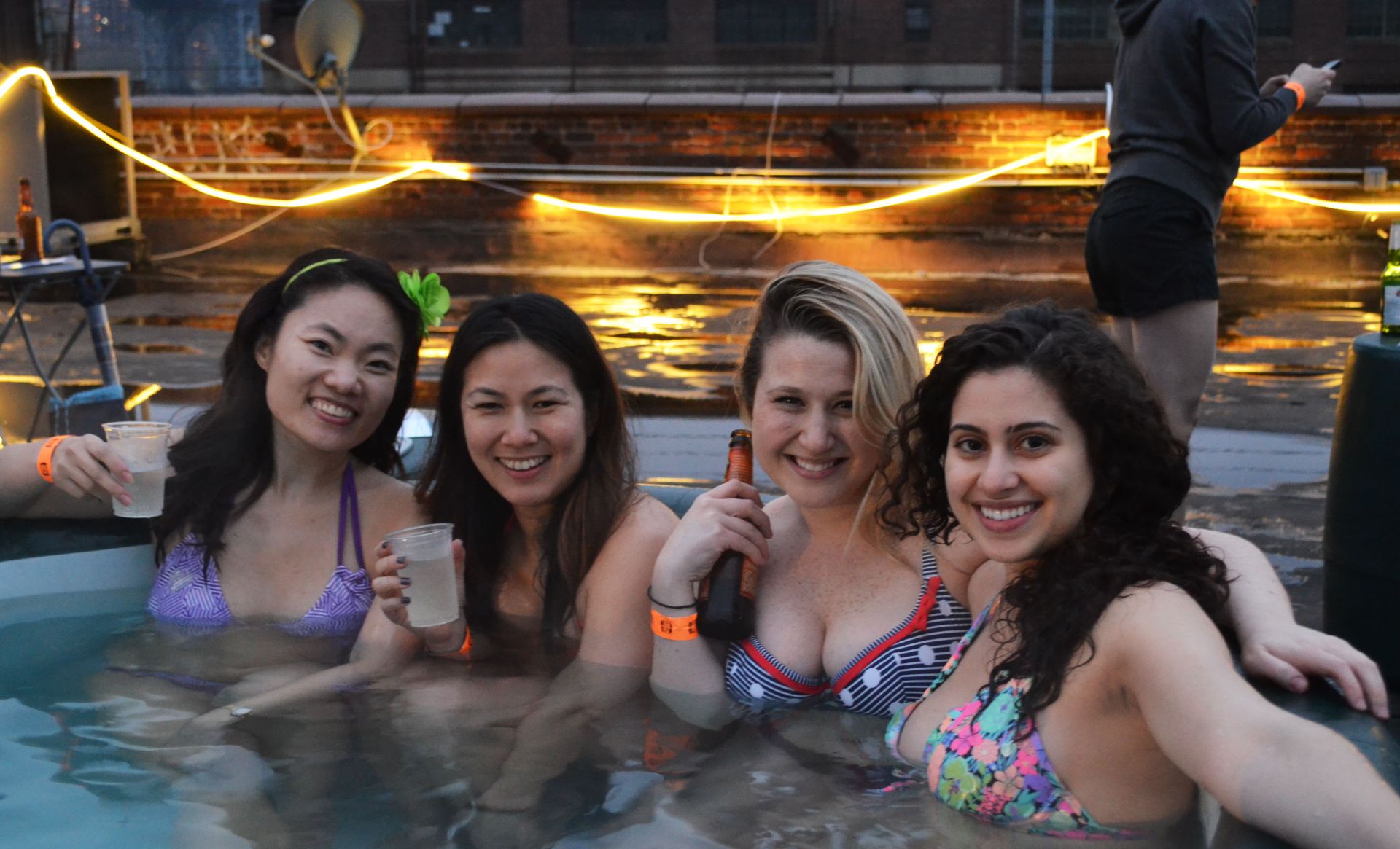 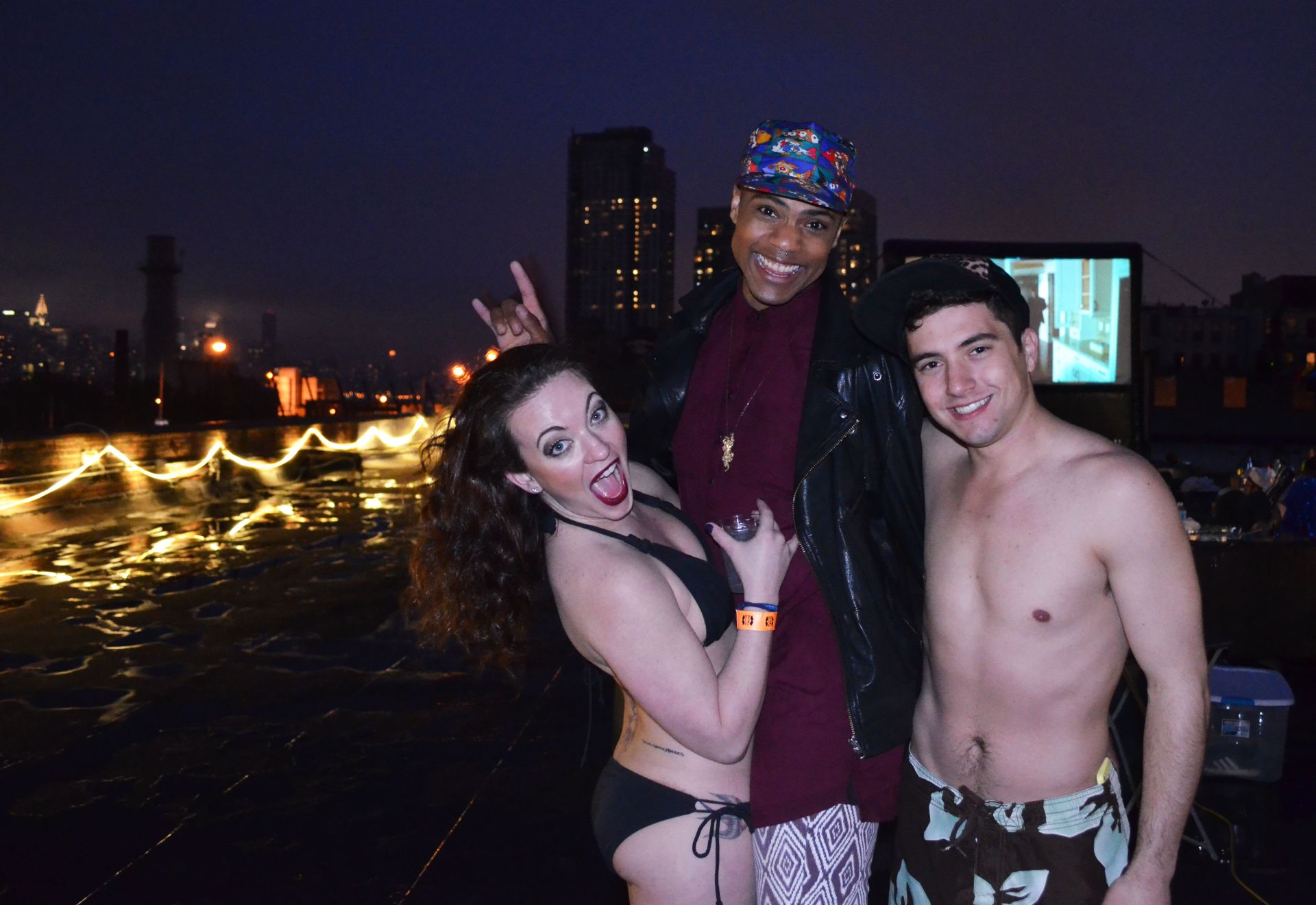 MC of the night (middle)(Mimmi Montgomery). 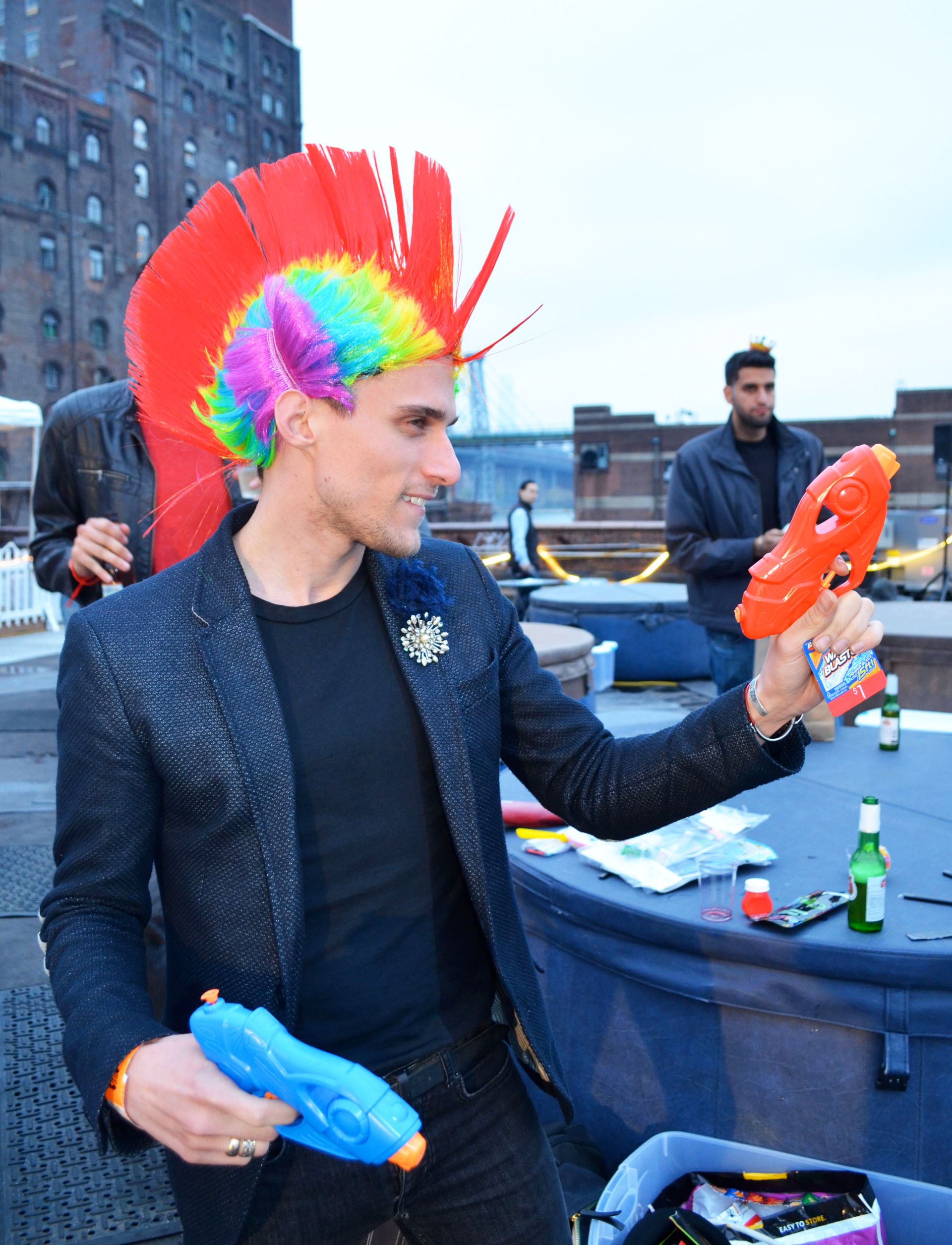 Because swim caps can be awesome too (Mimmi Montgomery). 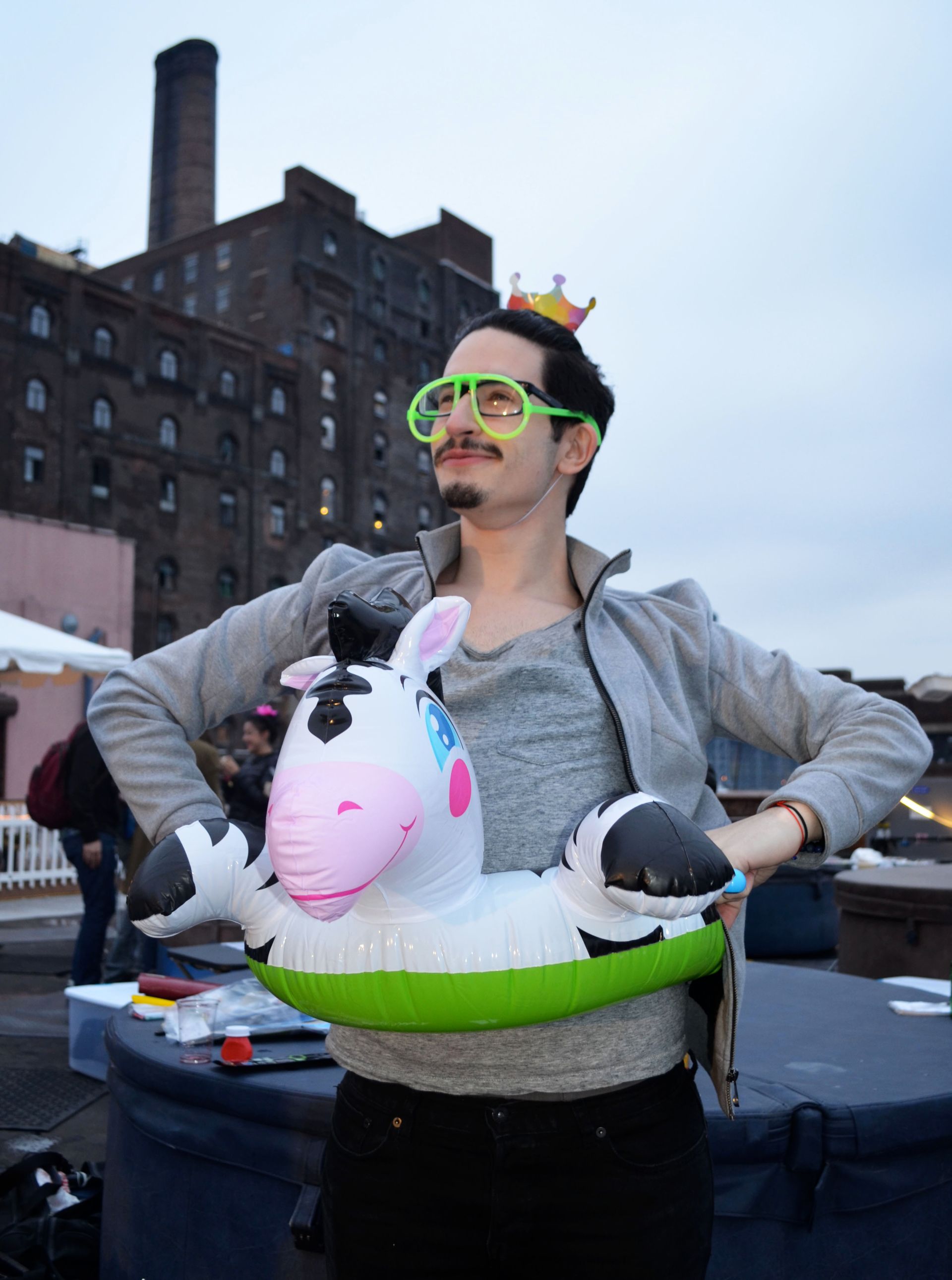 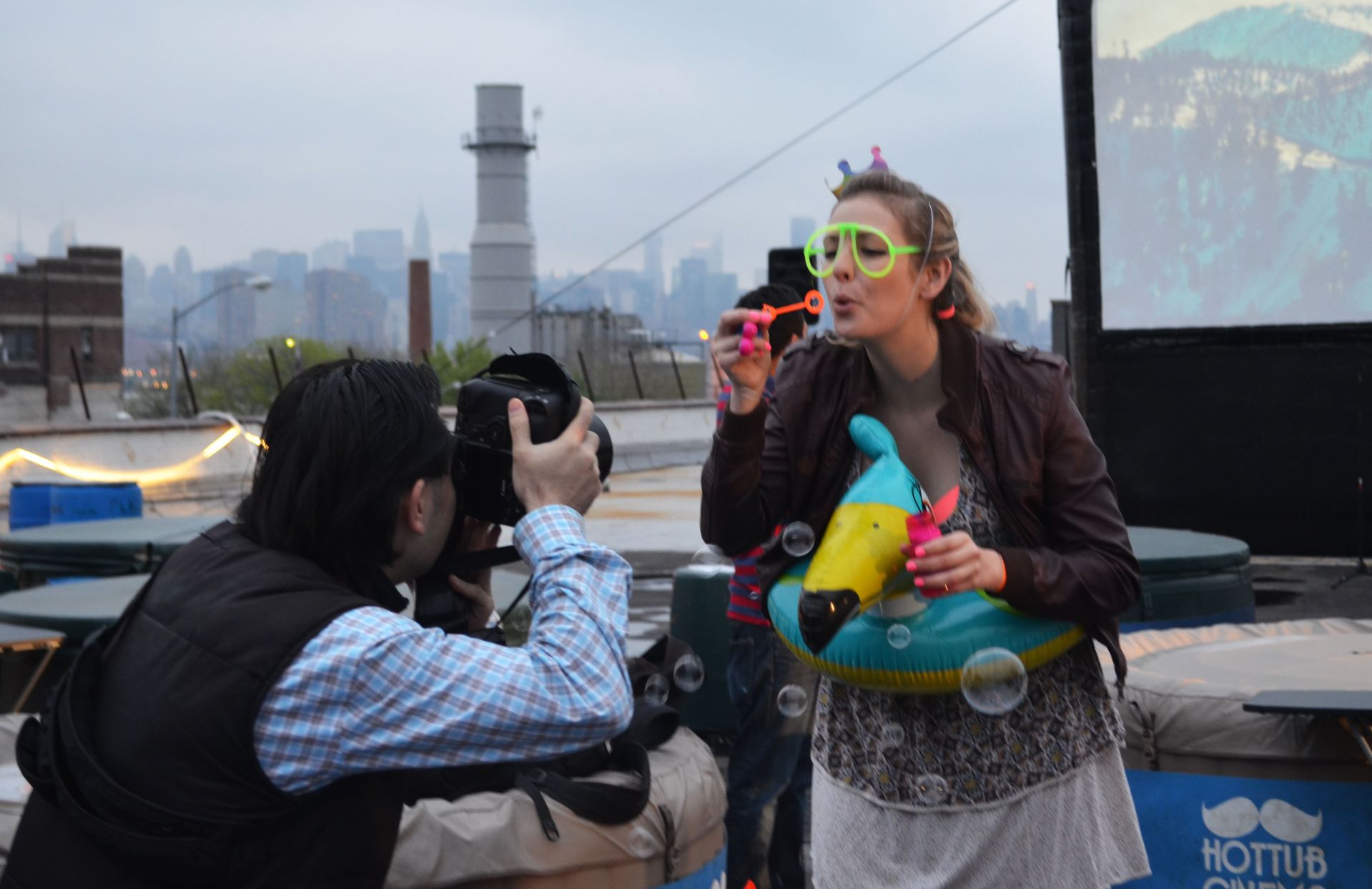 And bubbles too (Mimmi Montgomery). 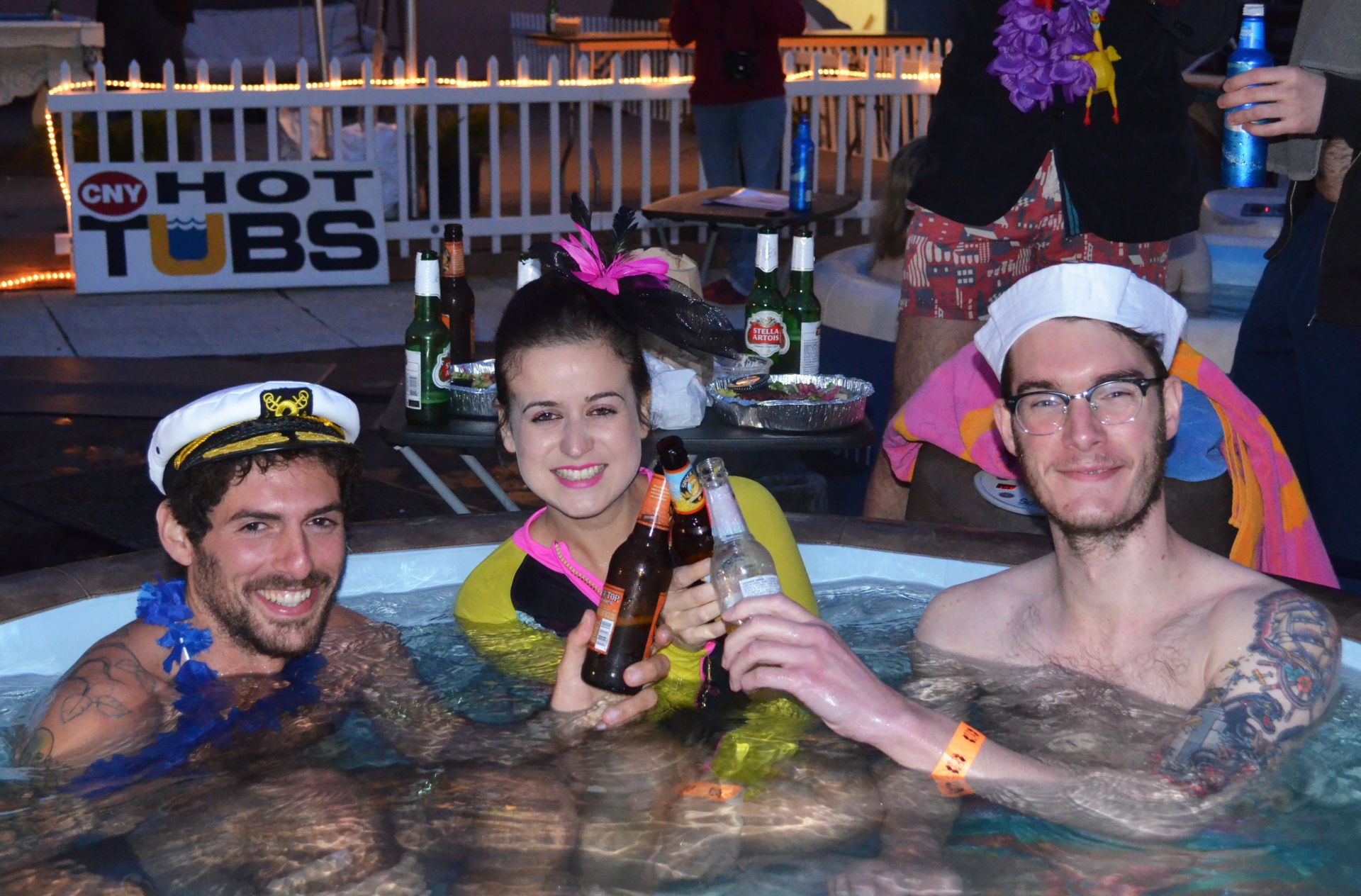 Fun in the tub (Mimmi Montgomery). 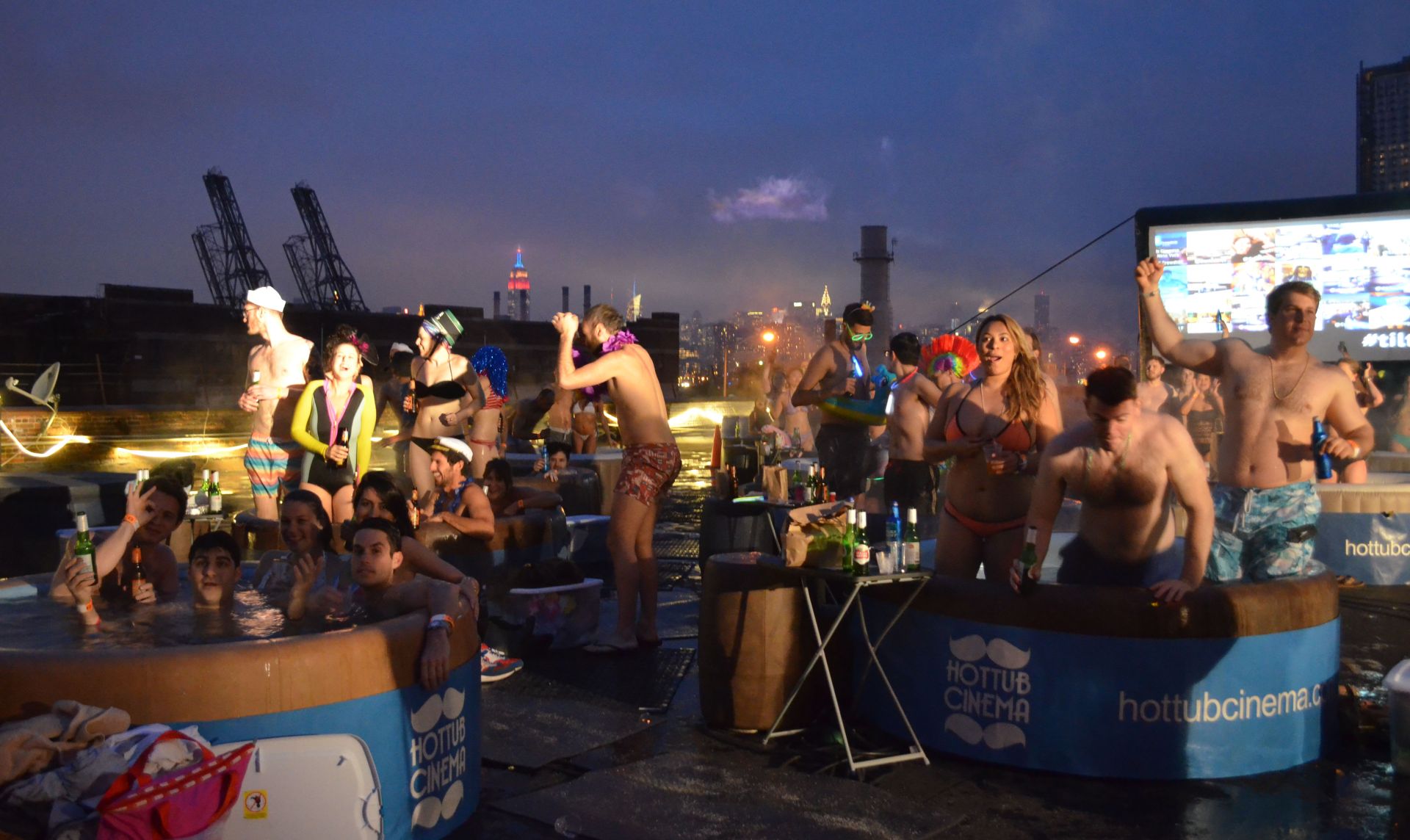 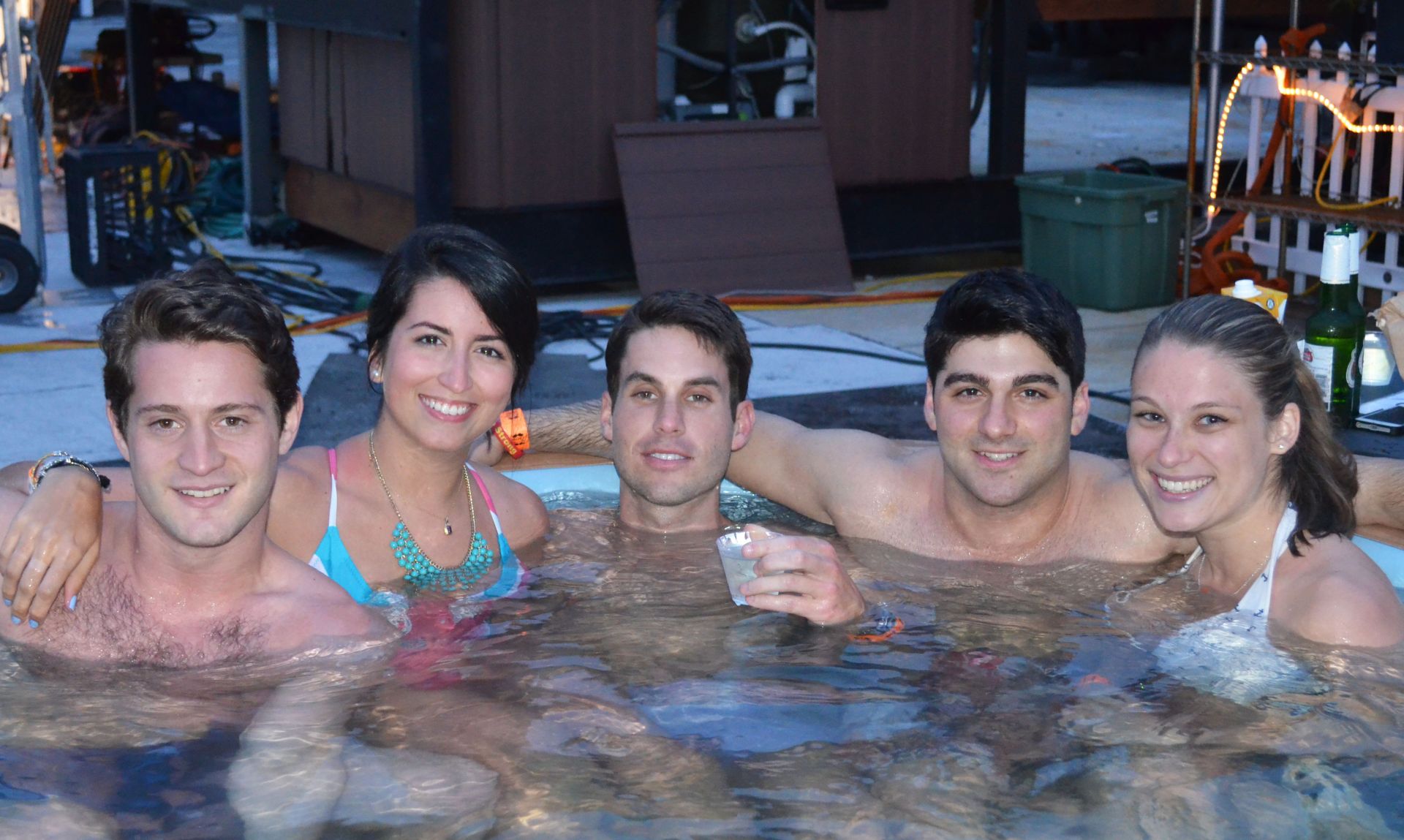 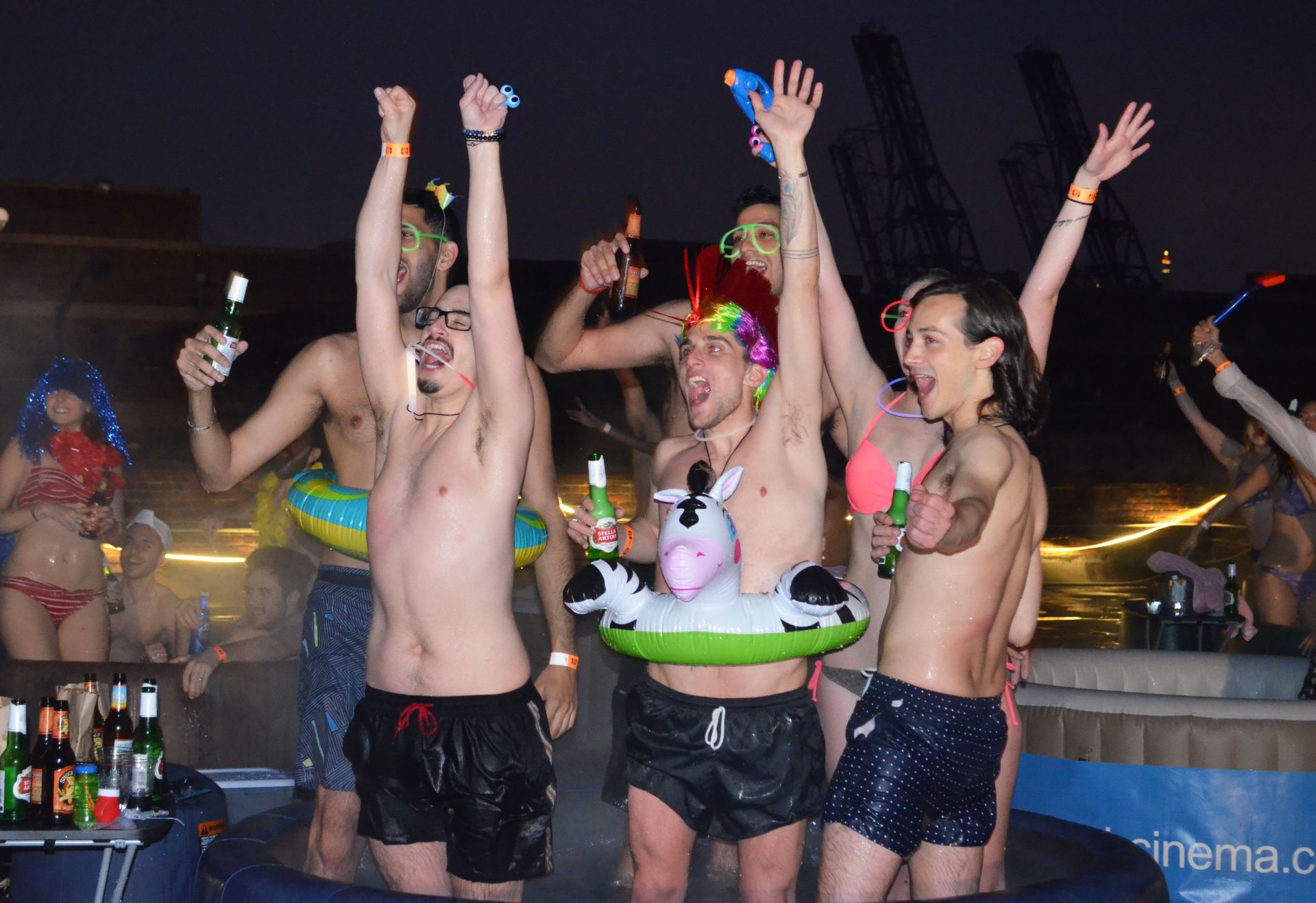 EVERYBODY IN! (Mimmi Montgomery). 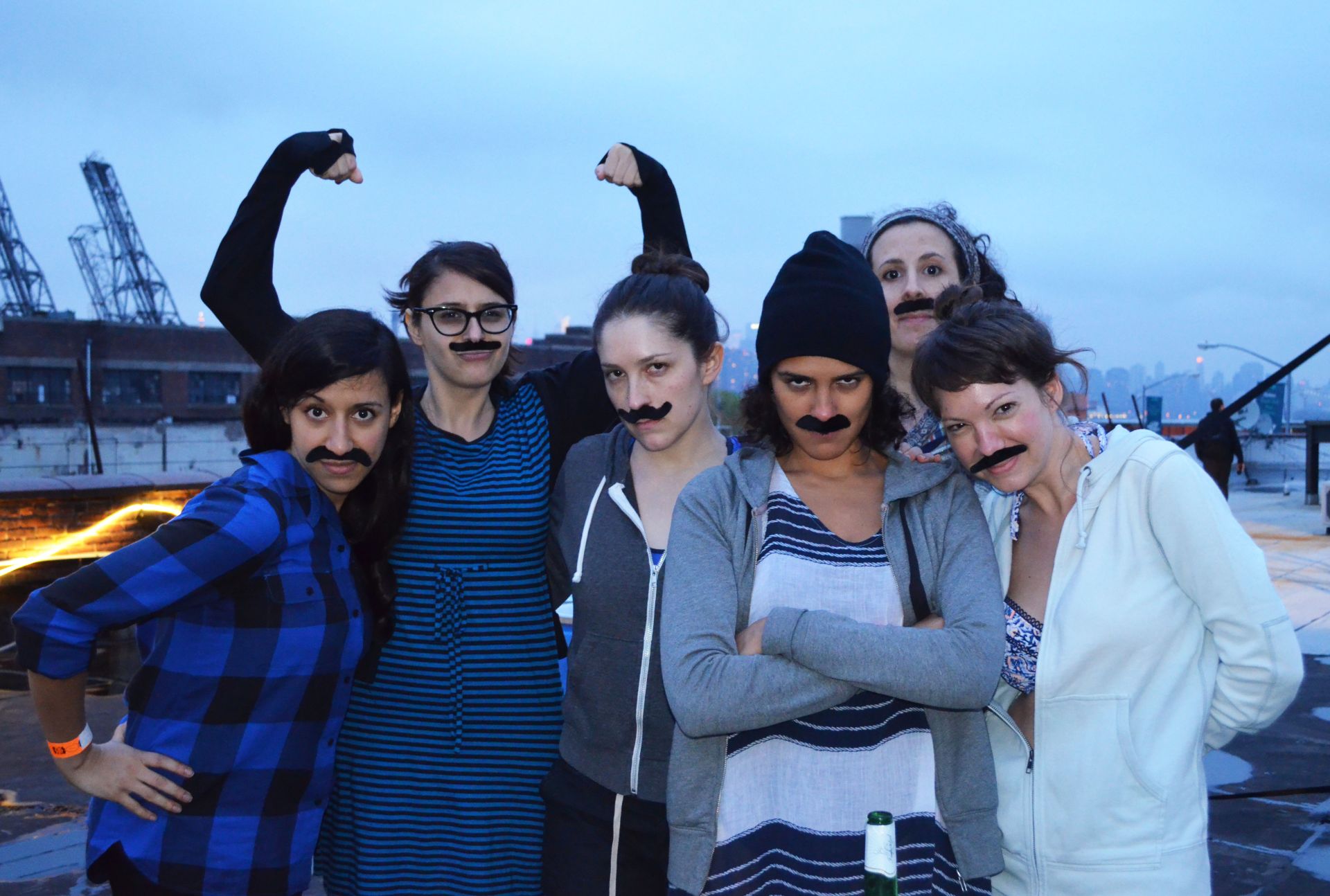 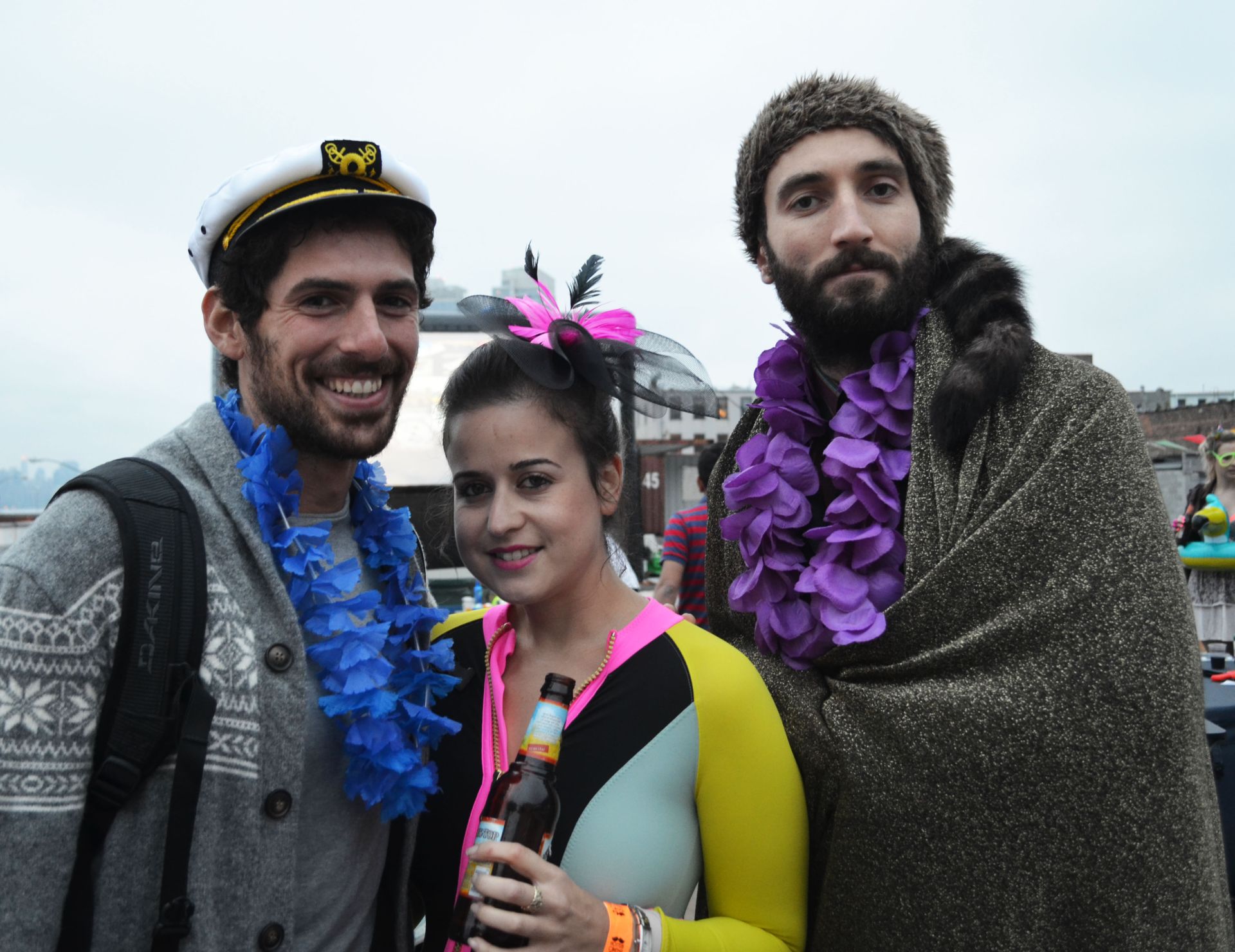 Those hats though (Mimmi Montgomery). 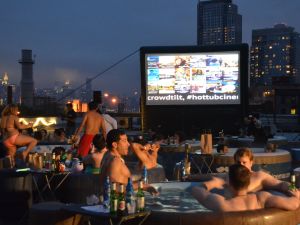 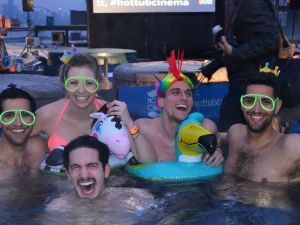 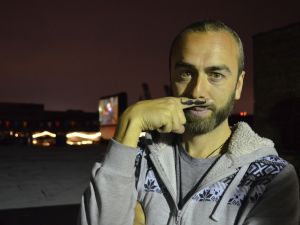 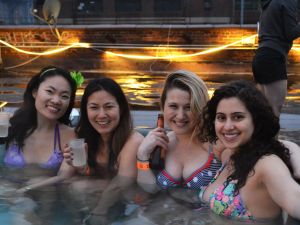 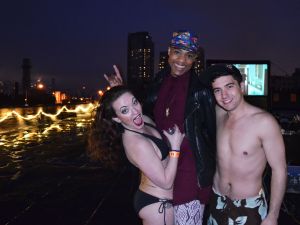 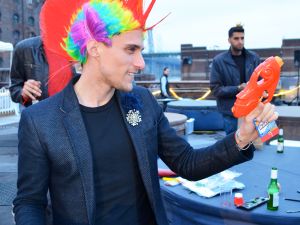 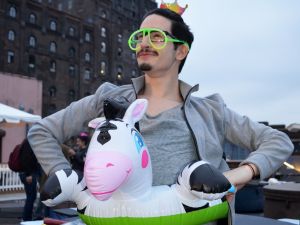 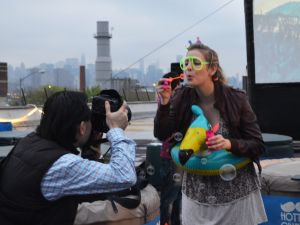 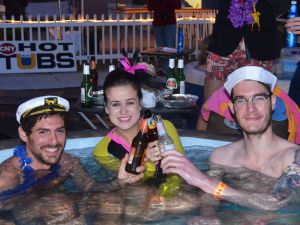 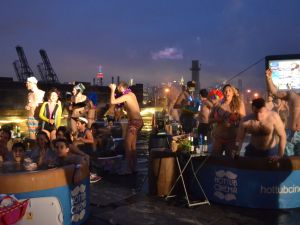 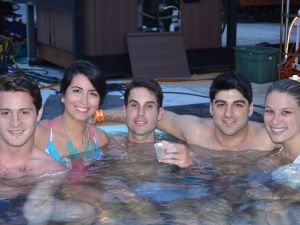 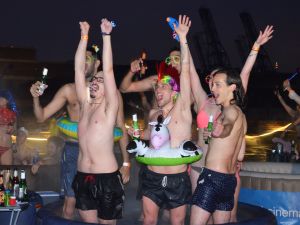 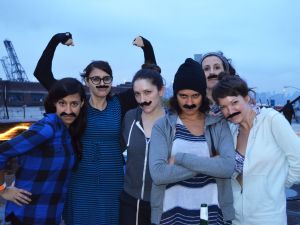 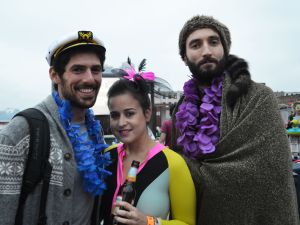 A nighttime activity that’s bound to be just as cool as any bottle service you’ll find has arrived in New York City.

For $55, the event featured a spot in a hot tub with 4-6 of your friends (or strangers if you’re so ambitious), access to an open bar, popcorn, and a screening of Hot Tub Time Machine, because obviously.

“You know everybody in New York likes rooftops, they like parties, they like bars, and everybody likes a good movie,” Jay Modi, who booked a tub with old friends, said.

Hot Tub Cinema partnered with Crowdtilt, a crowd-funding company that recently launched in New York, to make the event happen.

With 1,700 people already on the waiting list, Hot Tub Cinema is sure to create a splash.

“I think it’s the start of something beautiful,” Asher Charman, founder of Hot Tub Cinema, said. “It’s been a long time coming in terms of doing things outside the UK, and New York and Brooklyn seemed like a great place to start to build on what we started.”

He’s planning to make Hot Tub Cinema a regular event in NYC and expand to other U.S. cities including Los Angeles.

After the crowd was assured to expect more of these events, the next question was where Mr. Charman came up with the idea: in a hot tub or in a movie?

“I can’t tell you where I originally discovered the joys of hot tubs, but about seven or eight years ago, I realized that hot tubs were definitely the most awesome thing to add to pretty much anything, and on top of that, I really enjoyed watching movies, so it was just a simple case of putting two and two together,” Mr. Charman said.

And just in time for summer. This should be fun.